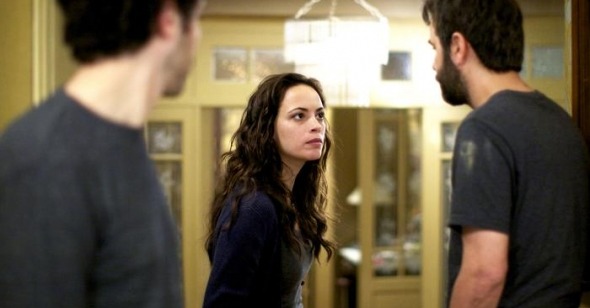 Pain and Loss
By Benjamin Mercer

The Past, the latest film by Iranian writer-director Asghar Farhadi, has been frequently likened‚Äîpolitely, if not always enthusiastically‚Äîto his previous effort, the 2011 near-consensus masterstroke A Separation. The two films do bear a considerable surface resemblance: they are both expertly blocked, visually forthright domestic dramas touched off by an act of marital severance, tracking seemingly reasonable people as they become more deeply enmeshed in a particularly throttling modern-life bottleneck. An incidental injury leads to a protracted legal standoff; family secrets flare into a toxic mushroom cloud of collective guilt. These are movies that crescendo steadily to an enveloping sense that none of the characters touched by these events can emerge unscathed. The Past, though, finds Farhadi peeling back successive layers of inner-circle revelation, rather than spiraling outward, using private disagreements as a means of exploring the fissures splintering civil life, scarcely visible amid the usual public bustle, as the Tehran-set A Separation was so miraculously able to do. So the stakes of the new film feel a lot lower‚Äînot a problem in and of itself, except that its essential intimacy makes its many little structural weaknesses and thematic hesitations all the easier to spot.

This is not to suggest that the movie is entirely a failed enterprise. Farhadi is adept, as ever, at defining his characters through action and reaction, quietly suggesting why each of his principals is approaching middle age with such palpable weariness. The film begins as Ahmad (Ali Mosaffa)‚Äîcasually dressed, bearded, his graying hairline receding‚Äîtouches down in France, a visit he‚Äôs making for the purpose of finalizing his divorce from a pharmacist named Marie (B√©r√©nice Bejo), though in the process he‚Äôll also get to spend some time with the two girls to whom he was a stepfather. (The younger child, L√©a, is played by Jeanne Jestin; the older, Lucie, by Pauline Burlet.) Ahmad has an easy charm, and Mosaffa excels at conveying this quality, but it‚Äôs still a bit perplexing that both girls would so immediately embrace him, in their own ways‚Äîespecially after we hear Marie make several cutting comments about bygone broken promises. For her part, Marie is a little more outwardly flinty than her soon-to-be ex-husband. The action revolves around Bejo‚Äôs character, and the actress operates at a much higher emotional register than her male counterparts, yet as the film progresses, Marie seems to go out of focus, since she‚Äôs largely a bystander to what transpires, the passive receiver of some really unpleasant news.

Early on, Ahmad reintroduces himself to L√©a as she‚Äôs attempting to fix a bicycle chain with a curly-headed, slightly wounded-looking boy named Fouad (Elyes Aguis)‚Äîand so the story‚Äôs wheels are set in motion. Little does Ahmad know, but he‚Äôs wandered into the middle of a truth-bomb minefield. Shortly after he settles into Marie‚Äôs house (a well-realized space of clutter and frazzled upkeep), he learns that she‚Äôs already living there with Samir (Tahar Rahim), the man she plans to marry‚ÄîMarie claims to have told Ahmad about this over e-mail; Ahmad, up in arms, says he never got any such communication. Before the divorce hearing, Marie informs Ahmad that she‚Äôs pregnant with Samir‚Äôs child. Pressed by Marie to find out why Lucie is being so sullen and distant, Ahmad learns that she‚Äôs angry because Samir is still married‚Äîto a woman who‚Äôs still in a coma after attempting suicide months earlier, arranging her act of self-harm so that her young son, Fouad, saw it happen.

The gradual accrual of this parsed-out information is impressive. The characters pick over who said what and when, and events that appear incidental, such as Ahmad getting a paint stain on his shirt, have a way of echoing back later on: Samir owns a dry cleaner, where his wife got into a heated argument over a smudge on a customer‚Äôs dress just days before she tried to kill herself, by guzzling a bottle of detergent. But the scenario eventually falters under the weight of so many increasingly heavy revelations. Ahmad comes clean to Lucie that he himself had suicidal thoughts in the final days of his relationship with Marie; Lucie lets slip the observation that the glum Samir looks just like Ahmad. What emerges as the central mystery‚Äîwhether Lucie, somewhat inadvertently, precipitated Samir‚Äôs wife‚Äôs half-successful suicide‚Äîseems almost trivial next to the barely addressed question of why the woman would kill herself in such a public manner and not find it necessary to clarify her reasons for doing so.

Throughout, Farhadi tends to privilege such complicating occurrences over thematic coherence: the film opens with Marie and Samir‚Äôs Paris-airport meeting, a large pane of glass between them, scanning initially, since we‚Äôre in an international travel hub, as a partition between the West and the Near East, but the culture-clash thread is not picked back up. For this reason, The Past comes to resemble a soap opera‚Äîit‚Äôs a drama that plays out between a select number of characters that‚Äôs designed expressly to draw the audience in, as it follows the circulation of trauma and regret, and deploys small switchback revelations that concern a woman lying unconscious on a hospital bed. Despite its portentous title, and its ostensible concern with the often-powerful reverberative aftereffect of events that have otherwise been consigned to history‚Äîwith the delicate personal calculus of weighing how much of the past to cast aside and how much of it to use to guide yourself forward‚ÄîFarhadi‚Äôs film seems disappointingly preoccupied with sustaining a sufficiently entangled narrative present.