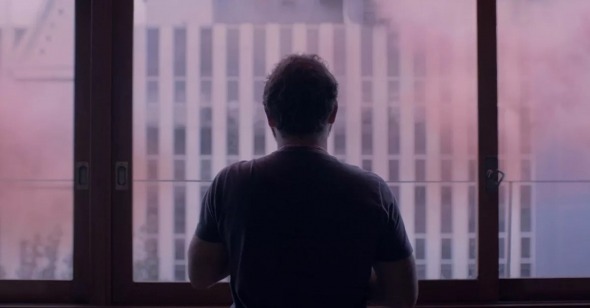 One might think that in a year without catharsis, in which one month collapses into the next, the average moviegoer might seek films with traditional dramatic structures, complete with a climax, resolution and a comforting denouement. I’ve certainly sought solace in this kind of entertainment since last March, so at this year’s Sundance Film Festival I was surprised to find myself drawn to films that were largely lacking in catharsis, at least as it’s traditionally defined. It was films like Nanfu Wang’s chronicle of the ongoing pandemic In the Same Breath, Amalia Ulman’s monotone semi-satire El Planeta, and luli Gerbase’s uncanny quarantine sci-fi The Pink Cloud that have stayed with me. In their ambivalence and open-endedness, these films paradoxically brought me closer to a kind of emotional release than any other films in the festival, managing to capture our current state of uninterrupted dread and malaise in a way that feels comfortingly familiar.

This sense of ongoingness can be felt nowhere better than in In the Same Breath, Wang’s remarkable document of the global coronavirus pandemic that we continue to endure. It’s the rare case in which the distance between viewer and subject is removed, as each audience member’s experience of the film is inevitably affected by their own traumas and concerns of the past year. Wang herself brings her own voice and unique circumstances to the table as she did in her previous One Child Nation, beginning the film with a personal story. In late January of 2020, as Wang attends Sundance, she leaves her husband and toddler behind in China, where they were celebrating the Chinese New Year with family in Jiangxi, 200 miles from Wuhan. Wang manages to get her family home before the region goes into lockdown, but she continues to monitor the situation via social media and through camera-people she hires on the ground in Wuhan. As the troubling footage piles up, Wang remembers a phrase she heard repeated word-for-word across multiple state-run news networks in early January: “Eight people were punished for spreading rumors about an unknown pneumonia.” It’s an eerie signal of China’s attempts to hide the reality of COVID-19’s lethal spread in Wuhan, one that went on to be echoed in the firing of medical staff in the United States as they attempted to speak out about unsafe working conditions.

While Wang goes on to explore the ways in which the U.S. bungled its COVID-19 response, her focus is rooted firmly in Wuhan. Through hospital footage and interviews with family members of victims, she presents a narrative of government lies and neglect, and a populace that’s caught between anger and an enduring sense of pride and love for their country. Most citizens still buy into China’s declared “victory over the coronavirus,” celebrated in multiple ceremonies heavy on pomp and pageantry, led by President Xi Jinping. Wang’s film presents a wholly different picture of the crisis, one that’s far from over. It’s this acknowledgment of reality that keeps the film from feeling like it’s being released “too soon.” As I watched the disturbing footage of dying Wuhan citizens being turned away from hospitals at capacity and of the endless rows of grave sites for victims, it was hard to contain my outrage that the Chinese and American governments hid the realities of the virus from us for so long. In this way, you might wish that In the Same Breath was released even sooner.

The Pink Cloud takes place in an imagined future, but Brazilian filmmaker luli Gerbase’s claustrophobic allegory of intimacy and isolation adheres almost as close to our reality as Wang’s film. The film opens with a disclaimer clarifying that it was written in 2017 and filmed in 2019, and that any similarities to reality are purely coincidental. It doesn’t feel particularly revelatory to compare any film made pre-COVID to our current state, since art has dealt with themes of alienation and isolation for over a century (not that this has stopped us). Gerbase’s film, however, feels downright clairvoyant.

What caused the eponymous pink cloud to suddenly descend upon the world and color its skies isn’t made entirely clear. All that’s known is that anyone exposed to it for over ten seconds will be killed instantly. We follow Giovana (Renata de Lélis) as she and the rest of the world comply with government orders to remain inside until the cloud disappears. Single and in the prime of her life, Giovana had spent the night with a stranger named Yago (Eduardo Mendonça), who immediately becomes part of her “pod,” to use familiar terminology. As they find themselves sequestered together in her apartment, they make the best of things at first. Yago, a chiropractor, works out Giovana’s kinks while Giovana video chats with her friends and teenage sister and does virtual yoga classes. A “tube” is attached to each house through which to deliver food and mail. “What happens to homeless people?” Giovana wonders, as Yago tries to calm her by telling her not to think about such things.

“The cloud can’t stop you from finding love,” a dating site advertises, as a video shows couples connecting over the internet without ever meeting in person. As months become years, Giovana and Yago fall in love, though it’s never clear to Giovana if it’s genuine or out of necessity. The question of children comes up, as Giovana wonders if she would want to bring a child into such a world. Yago, telling her the child wouldn’t know anything different, wants to be a father, even if it means raising a child in the apartment. The atmosphere of Gerbase’s film is reminiscent of Melancholia, as the cloud exerts more and more influence over Giovana’s mood—as the years pass she becomes increasingly despondent at losing the life she once had. Everything on camera is swathed in pastel pink, highlighting the dissonance between the candy-coated world and the emotional turmoil of each character. It’s a reminder of how the comforts of home can become suffocating when experienced in excess. Gerbase says she was influenced by the way Buñuel’s The Exterminating Angel and Sartre’s No Exit depict the ways people interact with each other when they’re forced together. An apt allegory for marriage, melancholy, and the concerns of quarantine, The Pink Cloud was by far the most unsettling representation of the past year I’ve yet seen.

The black-and-white world of Amalia Ulman’s El Planeta is equal parts bleak and amusing, telling the story of a mother and daughter as they deal with the threat of poverty and eviction in the Gijón region of Spain. Wealthy once upon a time, they still don their zebra print outfits, designer bags and fur coats, but Leo (played by Ulman herself) and her mother, María (Alé Ulman, the director’s mother), are barely getting by after the death of Leo’s father. Ulman, a visual artist, is known for her elaborate performance piece Excellences and Perfections (2014), in which she posed as an image-obsessed Instagram personality, posting carefully curated photos of expensive food, outfits, and plastic surgery procedures as a way of commenting on the performative nature of social media. El Planeta feels like a natural extension of this project, as Leo and her mother emanate the image of wealth, terrified of revealing the truth of their financial state.

The two try nearly everything to stay afloat. In an early scene, Leo meets with a man in a cafe, considering sleeping with him for money. When he lowballs her, she decides against it: “There’s this book I want that costs exactly $19.99,” she says. “I’m wondering if it’s worth sucking dick for a book.” Here, everything has a price. As Leo traverses the city to sell her sewing machine to someone from Craigslist or buy a pair of shoes she plans on returning, “SE VENDE” signs seem to be posted on every other shop window: “FOR SALE.” Barely able to pay for the electricity, María has sunk to shoplifting. She gets caught by the cashier but is allowed to scurry off with just a warning. On paper Leo and María sound insufferable, but Ulman’s film is far more nuanced, painting the two as victims more than criminals. After Leo advises her mom to be careful when shoplifting, she responds “I don’t have a retirement plan. If I get caught, I’d have free housing.” It’s a bleak sentiment, one that people may honestly consider at a time when the threat of eviction is mounting and jobs are increasingly difficult to come by. Ulman doesn’t attempt to look for meaning or find a resolution for her characters—a film in which going to prison would be a happy ending fits seamlessly into the current atmosphere of generalized anxiety. El Planeta may be shot in sleek black and white, but the world it depicts has no filter.