Connected: How To w. John Wilson/Where Is the Friend‚Äôs House? 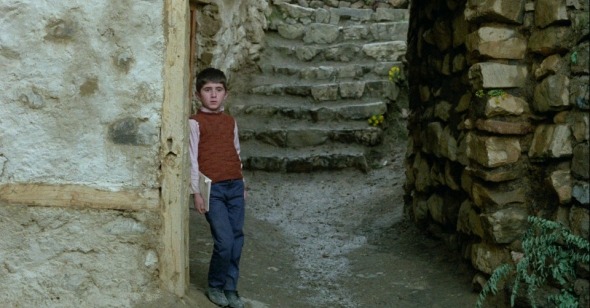 In this column, one writer sends another a new piece of writing about a film they have been watching and pondering over, in the hopes that this will prompt a connection‚Äîemotional, thematic, historical, or analytical‚Äîto a different film the other has been watching or is inspired to rewatch. This ongoing column is in the spirit of many past Reverse Shot symposiums, in which writers found connections between seemingly disparate cinematic works, and it will also help us maintain personal connection among our writers and our readers.

How To with John Wilson

I am inexorably drawn to the minutiae of everyday life. I know I‚Äôm not alone. It‚Äôs why some people become ethnographers. Or why others write poetry. It‚Äôs a fascination that has produced some of the greatest photographs. (Think of the images produced by Stephen Shore.) Everyday life is what gives observational stand-up comedians their material. It‚Äôs what drives some people to sit on a park bench all day and take it all in. You know, people-watchers. World-watchers. It‚Äôs why I make films. (Or, more humbly, why I‚Äôm always filming things on my phone to post on Instagram.) It‚Äôs why George Kuchar taped his video diaries, why Jonas Mekas documented his life on a Bolex. It‚Äôs what makes a Fred Wiseman film a Fred Wiseman film. This obsession with the ordinary is shared by a guy named John Wilson, whose HBO series How To with John Wilson has emerged as one of the great documentary works of this year.

Combining compulsive documentation with his nebbish, seemingly off-the-cuff narration, Wilson has created a series which the show‚Äôs producer, Nathan for You‚Äôs Nathan Fielder‚Äîanother master of the ‚Äúdocu-comedy‚Äù genre‚Äîdescribes as ‚ÄúPlanet Earth but for New York.‚Äù In each episode, Wilson offers the viewer advice on subjects such as ‚ÄúHow To Split the Check,‚Äù ‚ÄúHow To Put Up Scaffolding,‚Äù and ‚ÄúHow To Cover Your Furniture.‚Äù This all sounds quite mundane, but through Wilson‚Äôs lens, something much more odd and deeply fascinating is revealed. A bag of bread hangs from a pole in a subway car. A skunk wanders around an empty bank. A man positions himself unwittingly in front of one of the city‚Äôs orange steam stacks, creating the mirage of a wispy thought bubble flowing from his brain. Placed in concert with the dry humor of Wilson‚Äôs voiceover, these images become the sublime moments we look for as world-watchers.

Many great documentarians, whether they know it or not, are usually terrific improvisers. The key philosophy to most improv comedy, a phrase Wilson undoubtedly knows well, is ‚Äúyes, and‚Ä¶‚Äù Good improv happens when you agree wholeheartedly to the reality your scene partner has devised. It is through this devotion to open-mindedness that, for example, a single question posed to a WrestleMania fan gets Wilson invited to the man‚Äôs home in Pennsylvania, where he learns about how to catch child predators. And in the most single most uproarious and uncomfortable sequence I‚Äôve seen in recent memory, a visit to some handcrafted billboard detailing the evils of circumcision brings our hero face-to-face with a man who has invented a rather resourceful method of proudly returning his genitals to their former glory.

Fascinatingly, Wilson‚Äôs subjects seem to be following the ‚Äúyes, and . . . ‚Äù formula as well, whether they realize it or not. This is exactly what made producer Fielder‚Äôs Nathan for You such astonishing television. Fielder would offer incredibly far-fetched and bizarre ideas to small business owners in an attempt to bring their enterprise some needed attention and success. And the business owners, persuaded by Fielder‚Äôs dry guise of expertise, and likely, the pressure of the cameras, would agree. As for Wilson, the people he meets feel compelled to‚Äîin most cases, only emotionally‚Äîbare themselves to him. His earnest inquisitive nature somehow brings people to divulge lurid details of past sexual encounters, or a quietly held belief that we have alien ancestors, all with total ease.

These exchanges occasionally enter unexpectedly poignant territory. In How To‚Äôs premiere, Wilson attempts to engage strangers in small talk. He does what any amateur suddenly gifted with an HBO budget might do: he flies to Cancun for a vacation. Expecting an opportunity to make small talk in a new environment with the added benefit of relaxing on the beach, he is caught off guard when he realizes that the hotel he is staying at is hosting MTV‚Äôs Spring Break festivities. Wilson is overwhelmed and disappointed. After all, such a raucous atmosphere doesn‚Äôt lend itself that well to polite conversation.

However, a random encounter with another loner, a guy named Chris staying at the same hotel, gives Wilson a second chance at achieving his goal. Unlike most of the other spring breakers, Chris is friendly enough to indulge Wilson and his ever-present camera. He raps for him outside the hotel, and invites him into his room to hang out. Wilson begins to realize that the two of them may have more in common than one might assume. Chris comes off as a genial enough guy, but there is an undeniable guardedness to him. Wilson asks if he ever deals with social anxiety. ‚ÄúDefinitely,‚Äù his new acquaintance replies, ‚Äú‚Ä¶probably because I smoke too much weed.‚Äù A few days later, they sit together on the beach. The topic turns to pets, and then dead pets, and then dead people. As it turns out, both men are currently grieving the recent loss of their friends. Chris drops the can he‚Äôs been drinking from into the sand, crushing it slowly and firmly. Wilson‚Äôs camera notices this telling gesture. While Wilson presumably keeps his eyes fixed on his new friend, his camera watches with concerned attention as the young man‚Äôs palm distorts the aluminum container. It‚Äôs clear that Chris is trying to squash and bury his pain.

Moments like that oceanside revelation are what make How To with John Wilson such a cathartic work. In a time where many of us have found ourselves physically alienated from each other, Wilson addresses this alienation head-on, injecting disarming intimacy into everyday situations. With his camera, he‚Äôs highlighted the unexpected emotionality, occasional terror, and profound weirdness camouflaged atop the surface of day-to-day living. These days, it might feel existentially exhausting to watch the world go by for too long. But for some of us, it‚Äôs all we know how to do. How To is a celebration of the treasures one can find if we keep looking. ‚ÄîConor Williams

Where Is the Friend‚Äôs House?

On Thursday my three-year-old son‚Äôs school shut down unexpectedly, although of course it wasn‚Äôt really unexpected, only unexpected in the realm of magical thinking that in the last four years has taken up a not-insignificant portion of my daily thoughts about the world, those four years coterminous with both the repellent cartoon that needs no description and also the existence of my son. The wafts of anxiety that I picture like those fragrance diffusers they set to perpetual animation at Muji, issuing clouds of perfumed steam irrelevantly but insistently, had begun to dissipate in late November, when his preschool against the odds stayed open day after day, until it didn‚Äôt. Many people can appreciate the closing of the schools as a large social and political problem, some can understand it as a psychological and ethical one, but it is hard, I think, for most people who are not profoundly enmeshed in the life of a child or several children to understand it as the loss of a world.

The first credit that appears in the opening of Abbas Kiarostami‚Äôs Where Is the Friend‚Äôs House? is for the Institute for the Intellectual Development of Children, and although I have no idea what sort of a institute this was or is, or truly anything about the meaning of those words in an Iranian context, I was startled and moved by this credit when I first watched the film a few weeks ago, in part because it had been a while since I‚Äôd seen a serious film that takes children seriously at all, and in part because of the phrasing, which, perhaps through an accident of translation, defines the ends of education in a deceptively simple way. What is the intellectual development of children and how does it happen? This is the frame of the film, which represents the kind of intellectual development that happens adjacent to the classroom, beyond its constraints but also impossible without it. The school in the film, let it be said, is, by contemporary standards and also from the perspective of the film itself, in many ways a bad school‚Äì‚Äìthe teacher is capricious and punitive, tearing up the work and threatening to expel one student for the infraction of doing his homework outside his notebook. (I have to my indignation become a person who finds it nearly impossible to watch the suffering of children, and found it so painful to watch Mohammad Reza cry as the teacher berates him that I needed to pause the film.) But school is also the portal to a world outside the family where the boys create their own social codes, based on lateral bonds that no one forces.

Conor, your essay about everyday life and the distance and intimacy of documenting the mundane made me think of films that try to take on the point of view of children, in whose eyes what adults think of as mundane (the blow-up figurine advertising a used car lot on Hamilton Avenue, around which my son has developed a complex mythology, comes to mind) is illuminated by strangeness. This is not naivet√© but candor (and actually most children are not naive at all, if naive means believing what people tell you without questioning it; this obviously describes adults, though). If we scrape off sentimentality, we can see how dark many of those perceptions are, how full of frustration, how conflictual, and in some cases, how sad.

In Where Is the Friend‚Äôs House?, what is trivial and banal to adults is profoundly important to Ahmad and to the film, and every shot has struggle: following rules, doing chores, running up hills, steps, trying and failing to throw a sheet up a balcony to a woman who drops it, squinting in the darkness‚ÄîAhmad‚Äôs quest to find his friend‚Äôs house and return his lost notebook is a story of the heroism of a child‚Äôs frustration and refusal. The film frames Ahmad‚Äôs ultimate act of generosity and subterfuge amidst the renewed unfairness of the teacher‚Äôs strictures, as he hands Mohammad Reza his notebook containing the completed homework with the slightest smile. It‚Äôs one tiny victory in the struggle of childhood to know what you know, when the powerful keep telling you otherwise. ‚ÄîShonni Enelow 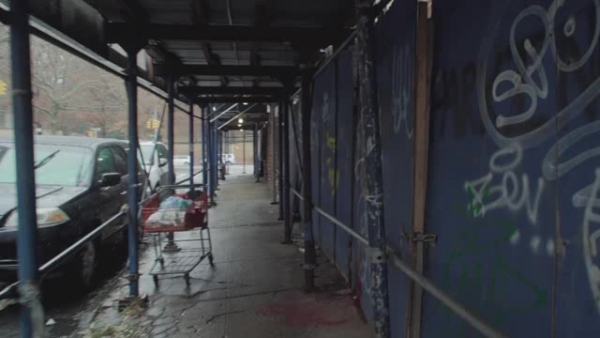