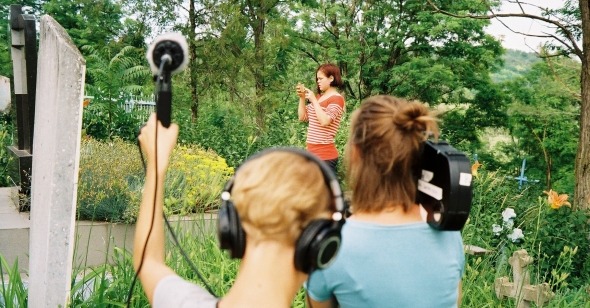 Transnistra was originally scheduled to play at Museum of the Moving Image's First Look Festival in March 2020 and is now scheduled for July 30, 2021.

Anna Eborn first met the young woman who would become the protagonist of Transnistra outside a gas station one night. Eborn was looking for subjects for her latest film by approaching people on the street, as she does for all her projects, when she encountered 16-year-old Tanya standing with a group of friends.

There was something about Tanya’s mix of strength and vulnerability that felt familiar to Eborn. “She reminded me of the main character in one of the films of the brothers Dardenne,” Eborn told me over the phone from her home in Stockholm. More specifically, she had echoes of Émilie Dequenne playing the titular role in Rosetta (1999), which follows a brutally determined young woman living in poverty as she tries to secure a job and care for her alcoholic mother. Eborn was looking to cast teenagers growing up in Transnistria, a border state that seceded from Moldova in 1992 out of loyalty to Russia, but remains unrecognized as a sovereign nation by the international community. Transnistria is the country’s “foreign” name, but for locals it’s known as Priednestrovie. Explaining why she removed the second “i” from the film’s title, Eborn says, “I wanted a title that indicated where it takes place for non-Russian speakers but not necessarily a name that was a description of the country.” Holdovers from the country’s Soviet past can be felt at times throughout her film, from a glimpse of a military ceremony celebrating their youth recruits and praising Fidel Castro, to a handful of brutalist buildings abandoned mid-construction, now serving as a playground for the adventurous. But for Eborn, the focus of Transnistra is more personal than political. “My work begins next to the character,” she said. “There’s a world around them that’s potent, it’s alive somehow. The inspiration comes from this person.”

The emotionally driven Transnistra is fueled by the whims of Tanya and her coterie of male friends. There’s little mention of their country’s past or the characters’ own futures—like any teenagers, they’re firmly grounded in the present. The film opens as Eborn follows the pack along bucolic riverbanks and wooded paths, through fields of wild grass and buildings on the brink of collapse. There’s a romantic charm to every locale they inhabit, as if time has stopped just for them. Tanya behaves as both “one of the boys” and the object of their affection. Walter Hus’s otherworldly score of ambient bossa nova plays while we’re introduced to the characters as though participants on a dating show: Tolya, Sasha, Denis, Burulya, Dima—each more handsome and brooding than the next. Cinematographer Virginie Surdej captures their youthful energy on richly textured 16mm film, the late-afternoon sun illuminating their tanned skin. The group has apparently mastered the art of doing nothing: long shots linger as they lie by the river, cigarettes in hand, assembled like the trio in Manet’s Le Déjeuner sur l’herbe.

Here, Tanya is exuberant and carefree (qualities she does not share with Eborn’s inspiration Rosetta), putting forth a sense of confidence as she gently teases and encourages her friends. But underneath her upbeat veneer there’s the hint of a painful past as she alludes to harming herself following several heartbreaks. “Do you love me?” she asks Sasha, her flavor of the week, as they visit her ex-boyfriend’s gravesite. Tanya doesn’t explain how he died, but it’s clear she’s still processing his loss. “Why did you do it to yourself?” Her endearing little brother Vanya asks when he sees the scars on her wrists. “You should have asked me. I could have cut them.” Along with Vanya, Tolya sets himself apart from the pack as someone Tanya can really trust, as he reveals his own insecurities about what he refers to as his “illness,” a disability that impacts his vision and speech (and is difficult to pick up on if you don’t speak Russian). Though he has trouble reciting the months of the year backwards during a doctor’s assessment in order to gain disability status, Tolya is by far the most intelligent of the pack, building up a stark cynicism toward his bleak-looking future in Transnistria. His own candidness seems to make Tanya feel safe as she reveals her darker thoughts, their genuine friendship eclipsing any kind of flirtation.

Eborn says that Tanya’s toughness, wrought from hardship, also reminded her of Linda Manz’s performance in Dennis Hopper’s Out of the Blue (1980). “Sometimes you see a picture in the museum and you realize that that’s the right reference,” she explains. “Or you meet a character and the character reminds you of a person in a film.” Tanya, like Manz, escapes any efforts to pin down her exact age. From some angles she looks like she could be nine years old; at others, 19. As she hitchhikes on the side of the road one hazy afternoon, Tanya recalls Cebe, Manz’s 15-year-old punk, who hitchhikes her way into trouble in an effort to escape her dysfunctional family. Like Hopper’s film, Transnistra is propelled by the movements of its protagonist, whose on-screen presence is as captivating as Manz’s.

Less concerned with plot than with capturing emotion, Eborn hands over the reins to her subjects. “Every word they tell me is the truth,” she says. “If Tanya tells me a story I’m gonna trust it.” The agency she gives to her characters is there from the beginning—since she casts on the street, she develops the story based on her subjects’ experiences, following them where they lead. “People on camera need to feel like they can do nothing wrong,” Eborn says. She was deeply influenced by Agnès Varda’s method of filmmaking. Eborn recited for me a quote from a talk Varda gave in Stockholm that she attended: “When I make fiction I am the god. And when I make documentaries I am always below my subjects.”

Shooting on 16mm also helped Eborn to build a deeper relationship with her characters. Since she and Surdej were far from the lab, they weren’t reviewing their footage in real time, instead constructing the film’s narrative based on their memories of each shoot. “We didn’t get so obsessed with frames or the image, but rather we started to discuss the emotional aspects of what we think we gathered that day.” Shooting documentary on film, where you can only shoot ten minutes at a time as opposed to recording hours of digital footage, could be said to limit some of the spontaneity from the practice. But for Eborn, this is a strength. Shooting digitally for hours can be exhausting and disorienting for anyone not used to being on camera, Eborn says. “They don’t know where the movie’s going.” But with film, “to roll, it means something now, so everyone is more focused. [...] They are feeling when the action is.”

It’s difficult to classify Transnistra as either documentary or fiction, but Eborn’s self-awareness as a filmmaker is refreshing—her cognizance of the artifice inherent in capturing non-actors on camera makes for a nonfiction work with a different kind of honesty than something more ostensibly objective. “Tanya occasionally acts,” Eborn says. “But that’s how she is in real life. She plays with people.”

By the end of the film, Tanya’s learned how to direct as well. Perched atop a roofless ruin in town, Tanya and Tolya are saying goodbye. She’s about to leave the country, presumably for Athens, though it’s left unclear. They embrace, in what Eborn initially thought would be the last shot of the film. But the scene continues. Tanya wants to make a music video. She’s learned to shoot by watching Anna, and she moves around Tolya, now her subject, as he soulfully belts out the lyrics to a pop ballad. “I thought that scene was done,” Eborn tells me. “And then Tanya was like, oh it’s not really done.” 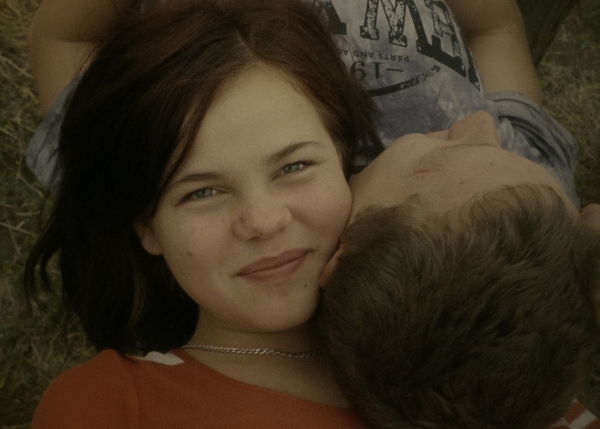