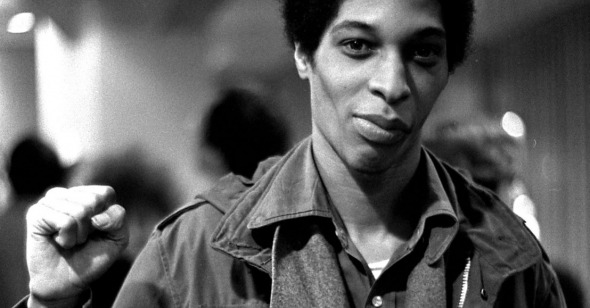 ‚ÄúIf they‚Äôre running, they‚Äôre VC. If they‚Äôre standing still, they‚Äôre well-disciplined VC‚ÄĒshoot ‚Äôem anyhow.‚ÄĚ That comment, made by a soldier recounting direct orders from a superior, is a shocker, but I could‚Äôve easily swapped it with any one of the similarly horrific statements coolly rattled off at an unrelenting clip throughout Winter Soldier‚Äôs 96 minutes, with much the same effect. Films (or anything, really) excitedly called ‚Äúrevelations‚ÄĚ rarely live up to that term‚Äôs grandiosity, but Winter Soldier humbly provides one eye-opening moment after another, in a fashion that might be numbing were it not so renewing in its horror.

Released in 1972 and little seen in the U.S. outside of a brief initial showing at the Whitney and a quick run in 2005 at Lincoln Center, Winter Soldier centers on a single meeting on a single day in 1971 when the group Vietnam Veterans Against the War assembled more than 125 soldiers in a Detroit hotel to recount atrocities they‚Äôd either committed or witnessed. Working anonymously under the moniker Winterfilm Collective, twelve filmmakers combined efforts to document the event. In stark black-and-white footage, shot with stock of varying degrees of quality (some was borrowed from a porn production company, we learn in the DVD extras), one young man after another calmly tells his tales of torture, murder, rape, mutilation, and the theft of his humanity through institutionalized barbarity. Color stills and snatches of war-zone footage are spliced in to both illuminate points and to vent the claustrophobia, however slightly.

No attempt, by the U.S. Government, the Swift Boat Veterans for Truth (remember those lovable spoilers?!), or anyone, has been made to discredit or deny the accounts given in Winter Soldier. So any viewer wishing to take what these soldiers say with a grain of salt must face the fact that the honesty and pain seared into these faces is no act‚ÄĒwhy would it be? Horror story one-upmanship was the last game on these kids‚Äô minds. The sheer variety of atrocity is itself dumbfounding: The first veteran we see is lovably curly-topped pilot Rusty Sachs, who recalls the practice of blindfolding prisoners with copper wire, and Americans tossing ‚Äúbetween 15 and 50‚ÄĚ of them from his chopper throughout his tour-of-duty. A group of five children is mowed down for giving some troops the finger, a gesture they learned from other Americans, and surely didn‚Äôt understand. One solider recalls the not-entirely-atypical razing of a village in which four women were tied up, raped, and mutilated by ‚Äúten to twenty‚ÄĚ American troops. Scott Camil (the documentary‚Äôs ‚Äústar,‚ÄĚ if it has one, a decidedly Vincent Gallo-like screen presence) explains his philosophy of self-preservation as: ‚ÄúIf I had to go into a village and kill 100 people just to make sure I wouldn‚Äôt get killed, that‚Äôs what I would do and that‚Äôs what I did.‚ÄĚ

More valuable and revealing than the bullet-point list of brutalities is the candid rationale that these soldiers had been stripped of their identities and taught to regard ‚Äúgooks‚ÄĚ as less than human, less than animal, even. As Camil and others recount their training, you can see them, even as they speak, realizing how they‚Äôd been duped into dutifully‚ÄĒand vigorously‚ÄĒfighting an unjust war through physical debasement and the teaching of blind hatred. Also sickening is the army‚Äôs sole reliance on body count as a measurement of success, in contrast to the land wars of the past. Soldiers recount contests between GIs, and between battalions, to see who could collect the most kills (cut-off ears were both proof and trophy). Differences between VC and civilians or Southern Vietnamese were depressingly unaccounted for, with more than one answering the question, ‚ÄúHow do you know he was VC?‚ÄĚ with ‚Äú‚ÄôCause he‚Äôs dead.‚ÄĚ

Winter Soldier‚Äôs reliance on testimony over imagery is such that its reputation as ‚Äúuncinematic‚ÄĚ is somewhat correct, and that correlates with the anonymous filmmakers‚Äô truth-exposing intent. But levity peeks through in flashes of Camil‚Äôs mischievous smile, or in a raging-then-warm clash/embrace between a Black Panther and a white veteran, rather than through crass juxtapositions like the low-point ‚ÄúWhat a Wonderful World‚ÄĚ segment from Fahrenheit 9/11. In many ways, Winter Soldier makes an interesting flipside to the recent DVD re-release of Casualties of War. The former uses meager means and a bare-boned style to cover dozens of incidents, while De Palma, the most visual of American directors, uses everything in his stylistic reserves to show and examine one atrocity. Neither approach can be attacked as limited, as they both (successfully, powerfully) serve their intentions. But it‚Äôs not as though Winter Soldier‚Äôs images are negligible; if that were the case, the full transcripts provided on the DVD-Rom would suffice. The anguish and confusion written on the faces of the soldiers tell a tale of betrayal, and a new understanding of the depths of human potential. There is fear there, too, and you can feel it‚ÄĒthe bravery of these men saying these things at that time, with their friends still dying in the field, cannot be understated. A confirmation of the film‚Äôs visual strength (as opposed to its words) is that perhaps its most says-it-all moment is when a veteran simply can‚Äôt speak of what he‚Äôs seen, and he simply stutters, throws up his arms, and passes the microphone.

New Yorker‚Äôs extras here are choice. A roundtable discussion between the Winterfilm filmmakers, who include Barbara Kopple (Harlan County, USA), reveals the deep mark the film left, and their pride in its import. Two other shorts flesh out the hearings and, miraculously, the leftover footage is just as jaw-dropping as most anything in the final cut. Best of all is the documentary Seasoned Veteran: The Journey of a Winter Soldier, about the loquacious Camil and his turbulent shift from rah-rah, two-tour (and well-decorated) fighter to visible and oft-militant protestor. Such a threat to the government that at one point the DEA paid a woman to lure him into drug dealings, after which he was shot and robbed of his papers by agents, he‚Äôs the charismatic lightning rod at the center of Winter Soldier.