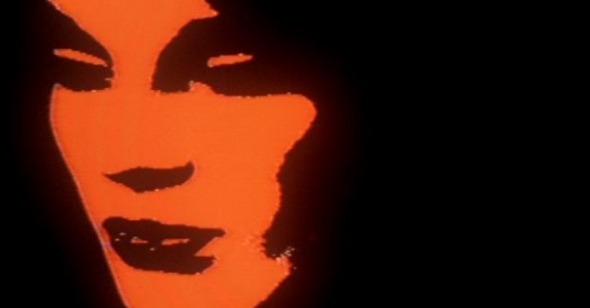 Film culture today seems rather akin to the model of an expanding universe, traveling ever further outward while that which is known about what it already encompasses becomes increasingly infinitesimal. As ever more discoveries, old and new, become ever more available to an ever more passionate, articulate, and interlinked cinephile community, the giddy thrill of discovery is accompanied by a palpable anxiety about the integrity of the medium itself. Even as images flood to us as never before, we remain fearful of their being taken irretrievably away. Gorging on cinema, we’re continually beset by a sense of loss, warily eyeing each new technological bogeyman as if it heralded the end of the purity we’ve imagined for ourselves.

The digital daemon, on both the filming and viewing side, is only the latest in a long line of developments that lay dormant for years until a certain set of conditions allowed them to bedevil our perpetually distressed consciousness. As with so many of its “revolutionary” forebears, the noise it’s generated from commentators informed and less so is primarily a lot of guff—which is not, of course, to say that it has no implications for cinema’s future. Like any other tool, digital opens up some options, precludes others, and allows some to remain the same. It’s another agent of change in a medium that has been predicated on change from the beginning. “A transitory blip in the history of the visual arts,” Kent Jones dubs it in his excellent collection Physical Evidence—not a lament, but a recognition that cinema only came into existence in the first place through the intersection of some profoundly disparate and arbitrary forces. Digital is simply another forking path for a bastardized medium that will proceed on its own merry way largely irrespective of our fervent hopes and wishes.

Which isn’t to say that we shouldn’t be concerned about where it’s going. Thing is, though, that all the anxiety about the future of the medium, and the experiments being undertaken within it, can only be articulated in terms of the past. Whatever else they are, the frequently cited standard bearers of this “revolution”—your Miami Vices, your Zodiacs, and Inland Empires—are pitched at a thoroughly familiar level of cinematic comprehension (yes, even the Lynch). Textures have changed; intentions have not. And while the former certainly conditions how we perceive the “film” in front of us, the familiar frameworks of understanding built into the latter push us continually back into the concerns of the past. Perpetually backwards-looking as we are, the best we can hope for is to better order that past in order to comprehend our still-unknown present.

All of which is to ask the simple question: is there any “filmmaker” who faces the shifts within his chosen medium with such blissful unconcern as Chris Marker? Marker’s swearing off of film for good in the Nineties had nothing of an iconoclastic air about it. As new developments tend to do, video had accentuated a preexisting condition rather than initiating an entirely new one: in Marker’s case, making the affinity of material and metaphor in his work all the more identical. “These images are not the substitute for my memory, they are my memory,” Alexandra Stewart intones in Marker’s perpetually surprising 1982 master text Sans Soleil. Though Marker has been supplanted from his own experiences by the record he’s kept of them, pushed even further away by the interpolation of the filmed records of others, it can be said that his aesthetic is founded precisely upon losing images—losing proprietorship over them, seeing them taken away and transformed by each successive incarnation. It’s a condition he highlights through the many winking mediations in his work, such as attributing the text of Sans Soleil to the letters of one “Sandor Krasna” and articulating it through the inimitable voice of Stewart.

Like his fellow recluse Godard, Marker is forever concerned with the meaning of the image, but where Godard’s palimpsests overload those images with meaning both visual and aural, the meaning of Marker’s images is being forever stripped away, and any trace of his “authorship” with it. Recall in Sans Soleil “the Zone,” his friend’s image device which renders the political struggles of the Sixties as abstract images of colored electronic movement, creating an impression of struggle, an emblem which Marker says is “more honest” than the traps of context and explanation. Material and metaphor: the Zone is both an active transformation and intervention into the image and a representation of the operations of time—a relentless process to which Marker blissfully consigns his own images at the end of the film.

Yet Marker is not indulging in some postmodern vanity about the absence of meaning. Meaning is the structuring absence of his entire project—the grin of his images is merely the meager visual evidence of the unseen cat. Marker is not a “creator” but an arranger, ordering the trace remnants of a felt but invisible past with the tools presented to him in the present. “I’ll have to give these images to my friend Chris one day, see if he can make any sense of them,” says Laura (Catherine Belkhodja), the protagonist of Level Five; “Chris, the editing wunderkind,” she slyly adds. Marker’s last feature, and his first on video, divorces him even further from the visual and verbal text he’s devised. Ostensibly the video records of Laura’s attempts to reach her dead lover by completing his computer program reenacting the Battle of Okinawa, the last and most ferocious conflict of the Pacific War, Level Five forgoes any idea of cinema as a “pure” medium, placing it instead as one element within a vast media interface, a resource to be accessed within a larger project of memory reclamation.

Yet even as it opens with a quotation from Gibson’s Neuromancer, the ubiquitous ur-text of such speculative fictions, Level Five’s vision of ultramodernity has a charmingly musty air about it. The menu screens, multiple monitors, and overlaid graphics that delineate Laura’s physical and virtual workspace seem like visions of a future conceived in the past. Rather than inadvertent quaintness, however, the bluntness and functionality of the instruments at her command retain a seductively mythic quality: a dream of labyrinthine interiors, of unending possibilities for connection and evolution seems to lurk within the unadorned casings and matter-of-fact command functions.

Marker understands the romance of technology even as he slyly undermines it. Laura likes to taunt the computer by substituting nouns for verbs in her command orders, leading to such perplexed declarations from the poor unit as “I don’t know how to shoe,” “I don’t know how to baguette,” and so on. The expanding media universe in which Marker situates his perpetual concerns provides no answers, but rather sharpens the pertinence and pathos of the questions. Just as in Sans Soleil he fantasized about a visitor from the future whose total recall makes him nostalgic for forgetting, Marker’s ventures into new media simply provide more means of entry to the unrecoverable, unalterable, and unknowable past that fascinates him. Marker’s “future” is not a projection of speculation and fantasy, but an abstract space shorn of the necessities of living in the present: a space literally out of time, a space whose removal from the helplessly chronological experience of time allows the possibility of accessing that already passed time which is the sole source of meaning.

Marker can thus be said to be both the most and least materialistic of “film”-makers. Film for him is not the simultaneous Holy Grail and lying whore which pains Godard so, paradises lost and regained with every strenuous effort. Where Godard’s invocations of classical music, painting, literature, and poetry compound his images with extrinsic doses of cultural capital, a reactionary striving for Truth within his loved and hated medium, Marker’s unconcern with the discrete qualities of his material blends them into a whole which is both seamless in its presentation and dizzying in its conceptual and stylistic leaps. Even as Marker ceaselessly draws attention to the fragile, exclusionary, and distorting properties of the filmic image, those images stand in equivalence to all the other evidence with which we seek to make some sense of the cinematic century and the post-cinematic one that follows it. Marker’s catholicity blithely forgoes any essentialist propositions about the “innate” qualities of the medium employed. Film, video, computer —all are simply extensions of our searching, questioning, occasionally lying eyes and ears.

To deny that each progressive extension entails a loss as much as it does an advance would be foolish; to proclaim that our consciousness of that loss would be effaced as well at least equally so. There has never been a pure state from which we have fallen, but it is the unyielding belief in such a state that drives us to create meaning out of the partial and unspeaking fragments that we possess. Nostalgia is a powerful force, and nostalgia for that which we never had is perhaps the most powerful of all. The intentional or unintentional task of the new media will forever be to articulate the loss, imagined, or actual, of that which preceded it, and in that business of mourning find the only justification for its existence. As Sans Soleil’s images enter the Zone in its final scene, dissolving into meaningless patterns of light and color, Stewart wonders “Will there ever be a last letter?”—a question whose optimism is as pointed as its rue.