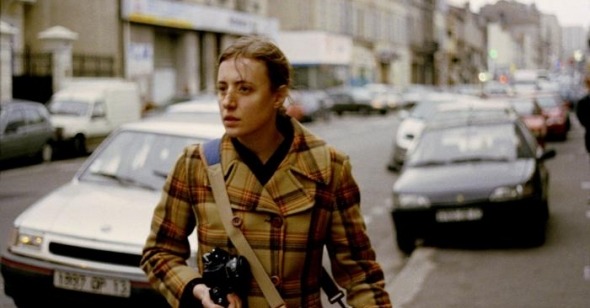 It’s my general conviction, born of equal parts aesthetic principle and ingrained British reticence, that critics should try to shun the personal pronoun, and personal anecdotes, whenever possible—that is, all the time. But as the designated time period of this symposium aligns almost exactly with the duration of my own career as a critic, I’ll beg the reader’s indulgence of my indulgence, and pledge to keep the reminiscences both brief and, hopefully, germane to the subject at hand. As fate (read: coincidence) would have it, the birth year of this stubbornly unkillable little journal coincided with my own first venture to the Toronto Film Festival, which, after a long cinephilic adolescence, prompted me to try my hand at film criticism for the first time, or at any rate for the first time with seriousness and purpose. Though written without any thought, hope, or idea of how to ever get them published, the dozen or so pieces I cobbled together during this time were not diary entries or proto-blog posts, but practice exercises—and as such, tacit acknowledgments to myself that this dubious profession was, for better or likely worse, going to constitute one of the few clear directions for my doubtlessly ill-starred future.

While I shudder at the memory of the mushy humanism, jejune raptures, and high-flown and half-baked sentiments contained in those thankfully long-vanished essais, the guileless optimism in those pieces has remained in evidence, in more cautious and superficially wised-up form, in much of my subsequent work. I suppose this is because not once in the ensuing decade did I feel that film culture was ever truly imperilled— “film culture,” that is, in the sense of artists creating interesting, valuable and occasionally masterful works, coupled with the existence of a widespread, ever more interconnected global audience. (What will be the ultimate fate of film culture in its other sense—that of a physical medium whose history and being are becoming progressively entrusted to a medium whose bodilessness renders it in some ways quite frighteningly unstable and unsustainable—is another, considerably more vexing question.)

For the bright-eyed young breed amongst which I numbered, finding exciting work was less a problem than simply trying to keep up with the vast amount of exciting work that was becoming progressively more available. To become a film critic at this time was to learn on the job in the widest sense possible: not only to learn how to write (which is a far different matter from “finding one’s voice”), but to allow the films we were discovering to widen the breadth of knowledge and values from which that writing drew. In my case, I well know that seeing, and re-seeing, the Dardennes’ The Son (first viewed at that same fateful 2002 festival) throughout the decade has helped shape the way I approach, view, think about and write about films in general, even if I can’t identify its influence specifically. The best artworks do not simply invite our praise, they help teach us how to think; the works themselves inform one’s own working.

Indeed, “working”—as opposed to such grander appellations as “creating”—seemed to define much of what was most valuable in cinema during the decade. If we still spoke, either reflexively or purposefully, of filmmakers as singularities, as possessors of unique “styles” and “visions,” at the same time there was a qualifying sense that the exemplary works they produced were less matters of radiating essence than purposeful existence; that these artists were defined less by what they had to “say” than by the particular manner of their working. And this all the more so because that same system of connections (festivals, DVDs, downloads, etc.) that allowed critics to comprehend a vastly expanded field of works and a range of different working methods allowed for those methods to migrate as well, to be shared and redeployed in sometimes vastly different contexts. Writing of the sudden flowering of Soviet cinema in the 1920s, Stanley Kauffmann floated the “admittedly fanciful” notion that “there is a small but constant supply of genius throughout the world and that a particular juncture of circumstances in any one place touches the local supply to life.” At the risk of indulging in a comparable fancy, one (nay, I) could (nay, shall) contend that our ever more peripatetic film culture, by making possible the unprecedentedly rapid dissemination of work across geographical boundaries, has helped touch that supply to life globally—or, perhaps, allowed us to see the remarkable commonality of certain artistic tendencies across borders, cultures, and hemispheres.

It’s for this reason, I believe, that on first viewing Angela Schanelec’s Marseille (made in 2004, first seen by me in 2009) it felt so immediately familiar. From its first moments—an in media res opening shot from the backseat of a car occupied by two young women, followed by a brief, somewhat enigmatic conversation as the two exchange apartment keys and bid each other goodbye in a sparse little flat—the film’s minimalist manner and studiedly reticent exposition seemed to hail directly from a common archive of international art-cinema strategies. The woman we remain with after that opening scene is Sophie (Maren Eggert), a Berlin-based photographer who, on something of a whim (check: unassertively opaque characters), has swapped apartments with the other woman for two weeks so that she can explore the eponymous ville (check: the ambulatory tendencies of so much art-house fare; pace Didion, in art cinema everybody walks). Schanelec films Sophie’s rambles in a manner both patient and brisk, a succession of one- or two-shot scenes (check: carefully casual, fixed-frame, shallow-depth compositions collapsing planes into a subtly two-dimensional frontality) given quiet velocity and clipped rhythm by short, hard-cut jumps in time and space (check: elliptical, somewhat oblique narration).

After hiring a car for the afternoon from a friendly young garage worker named Pierre, Sophie meets him that night in a bar, where they share a hesitant, somewhat flirtatious conversation in the space of a single shot (check: duration), until one of Pierre’s acquaintances arrives and throws their tentative rapport slightly out of joint with his off-key, confrontational humor. That dissonance quickly recedes, though, as Sophie joins Pierre and his friends to go dancing on the next night, their good-naturedly awkward gyrations conversely speaking to their communal harmony—a pleasurable fellow feeling that persists into the next scene, as a young woman who works at McDonald’s accosts Sophie on the street to return a cap that Sophie had previously left in the restaurant (“I remembered you,” she says smilingly).

All of this is, to use a word that might imply the trifling, pleasant, and it is pleasant precisely because of the familiarity of the methods used—a familiarity which, in artworks at least, can breed complicity as opposed to contempt. Part of the pleasure of good art is that it teaches us how to read it: it elicits in us an awareness of its working methods and an intimation of how, why, and to what ends it is using those methods. My prevailing sensation when first encountering Marseille was the pleasurable feeling of being within a known, and liked, artistic space—and an accompanying, implicit conviction that my own familiarity with the film’s techniques, as bred from my professional acquaintance with so many other films “of its type,” would trump any comparably inconsequential, plot-level surprises it might spring.

As the film entered its second half, it was thus progressively more unnerving to realize just how gaping Schanelec’s ellipses were becoming—how a clearly articulated and readable working method was, without at all changing its manner, becoming progressively more mysterious. In a single cut, Sophie has returned to Berlin, and the narrative suddenly seems to take leave of her to focus instead on her friend Hanna, an actress, and Hanna’s husband, Ivan, a photographer. Unlike the (permanently?) vacationing Sophie, Hanna and Ivan are shown at work: Hanna in rehearsal, playing a small part in a Strindberg play, Ivan shooting portraits of female employees at a factory. (That single-shot rehearsal scene mirrors another in Schanelec’s 2006 Afternoon, both their settings and their lack of editorial interruption indicating that the stage-trained Schanelec has perhaps learned her lessons in duration not only from prior cinematic examples, but from the principles of the theater.)

It seems as if a new, possibly mirror narrative could be taking shape, but Schanelec continually frustrates our attempts to re-establish our bearings. Staying at middle distance both literally and figuratively, she refuses to allow Hanna and Ivan’s story to claim the interpretive space previously occupied by Sophie’s. (To be cute, where Sophie’s wanderings had seemed to provide the key for our comprehension, by shifting to this new couple Schanelec changes the lock.) When Sophie comes back into view and declares her intention to go back to Marseille for a longer visit, there seems some promise of a restored interpretive connection. But it’s at this point that Schanelec makes her most daring move (executed by ellipse, of course): a sudden cut from Sophie’s arrival in Marseille to the interior of a police station, and on to a close-up shot of Sophie as she answers questions (first in German only, then in French) and gives her statement about a bizarre and disturbing encounter. Shifting to an exterior long shot, Schanelec shows Sophie entering the German consulate; then, a series of views of the Marseille beach over the course of an afternoon; then, blackness.

It’s difficult to convey the force of these mysterious final movements, how they amplify the quiet shock first experienced in Sophie’s unseen transposition from Marseille to Berlin and project it back upon all that had come before. If Schanelec’s method had heretofore been pointedly ambiguous, it was nonetheless legible. The omissions in background, motive, and action had worked together with the film’s purposeful, quietly confident mien to create the convincing impression that what we were seeing was a whole picture constructed from carefully selected and arranged slivers, a pointillist narrative whose total shape would be progressively revealed. Instead, the film’s baffling (in)conclusion makes those ellipses which we thought we had “read” correctly now yawn like voids. Having built its rhythmic drive and delicate narrative edifice from this pattern of slight disruptions, Marseille now makes those ruptures gape wide, retrospectively intimating something enormously, frighteningly unknowable.

Of course, there are any number of convincing interpretations that could be proffered to incorporate the film’s unsettling ending into a smooth thematic through-line: the simmering domestic discontent of Hanna and Ivan a sounding board for Sophie’s blithe, rootless flânerie, perhaps, or Sophie’s (presumed) longing to lose herself in a city not her own taking on an unnerving literalness in those chilling final moments. But on both my first viewing and those that followed—and perhaps in dereliction of my (self-appointed) duty, the condensing, considering, and crystallizing that is the work of the critic—I have become convinced that trying to “explain” Schanelec’s modest and maddeningly mysterious little film is less important than preserving its strange and strangely satisfying sensation of unknowing. Always carefully, purposefully of a piece with itself, never violating its own deceptively serene surface and syntax, Marseille disintegrates the moment one tries to grasp it; each time I watch it, I remember its language, I recognize its movements, I see how it works, but it continues to elude me. And as perverse and self-defeating as it might seem, amongst the many and varied pleasures I continue to draw from our ever expanding, ever more ungraspable film culture is that it keeps impressing me with how little I know and how little I can say about it.