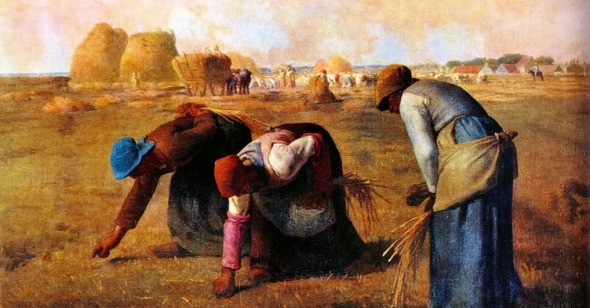 The movies don’t just typify art; they reinterpret other art forms. Some of the earliest short films recorded performances by dancers and gymnasts; cinematic reimaginings of Broadway blockbusters were among the most popular productions of Hollywood’s Golden Age; and nowadays there’s never an Oscar ballot without at least one bloated adaptation of a prizewinning play or novel.

But it’s striking, considering that they’ve been trying for more than a hundred years, how often movies falter in their attempts at artistic reinterpretation, and how frequently they’re attacked for making the same aesthetic blunders. Inevitably, when a popular book is adapted for the screen, the final product will be criticized for failing to “do justice” to its source material. On the other extreme, films with close ties to another art form are sometimes derided for not being cinematic enough (as a slight like “filmed theater” would suggest). Somehow, the film is expected to translate another art form to the screen with its tone, style, and aesthetic aims intact, without interfering with the capabilities of the cinema itself.

To understand what painting means to Agnès Varda—and how she’s used it to avoid, or perhaps even resolve, the dilemma of reinterpretation—let’s start with a photograph.

The photograph appears in the shot that begins 71 minutes and 16 seconds into Varda’s third feature, Le bonheur (1965); it shows a vacationing group of family and friends gathered on the banks of the river Loire. Those on the left side of the frame stare straight at the camera, proudly holding up the grapes they’ve plucked that summer afternoon. On the right, a handsome, young man named François smiles down on his son and daughter, neither of whom returns his gaze. The light is mistily perfect, and everyone seems to have color-coordinated their outfits—notice the way one character’s robe matches the yellow tent in the distance, or the way François’s son’s red towel complements the faint green grass. For twenty seconds, there is no music, no dialogue, no camera movement—just a tableau so still and so tastefully colored and composed that one could almost mistake it for the work of Renoir or Manet.

The shot is among the longest and the most sublime in the film (not to mention one of the few not set to Mozart’s Clarinet Quintet), but it’s by no means the only one that tries to approximate the content and condition of a painting. Entire scenes of Le bonheur evoke the best-known Impressionist canvases of Manet, Monet, Cassatt, Seurat, and Renoir, which Varda—like many of the Impressionists, a student of art at the École des Beaux-Arts in Paris—knew as well as her contemporary Truffaut knew Rear Window. Early in the film, François strolls past a pond teeming with water lilies (Monet), waves to a boating party eating lunch (Renoir), and eventually returns home to his infant child (Cassatt)—a brisk tour of town that doubles as a survey of mid-19th century art.

That François is embarking on an affair that might (but also might not) cause his wife’s death suggests why Varda chose to evoke the Impressionists, whose works, she wrote, “emanate such melancholy though they depict scenes of everyday happiness … I imagined a summer peach with its perfect colors, and inside there is a worm.” Things go momentarily sour for François when he tells his wife, Thérèse, that he’s fallen in love with his mistress, and immediately afterwards, Thérèse is found floating in the lake next to Monet’s water lilies; whether she slipped or jumped we never learn. To clear his head, François goes on holiday with his kids and friends; a couple months later, showing no signs of remorse, he marries his mistress, and the film, like a sunnier Crimes and Misdemeanors, comes to a disturbingly happy ending.

Indeed, Le bonheur’s ending is so cheery, its classical score so carefree, its Impressionist pastels so lovely, that there must be a worm lurking somewhere. Or maybe there isn’t, and François feels as little remorse as he displays. In the aftermath of Thérèse’s death, more questions arise: does François blame himself for the tragedy? Did he need the vacation to recover from the shock, or was he ready to move on right away? And so we circle back to the shot of François by the Loire, frozen in a Mona Lisa smile: the 20 seconds that could answer our questions but don’t. In the end, what’s most notable about the image—like many of the greatest Impressionist paintings, a beautiful, placid surface—isn’t the information it presents but the absence of any real information. In this sense, it’s a thumbnail version of Le bonheur, its aesthetic delights so shallowly accessible that somewhere, we hope, there’s some mature human emotion, whether François’s or our own, to supplement them.

By her own admission, Varda had little knowledge of the cinematic canon when she began directing in the 1950s. Her adult life, first as a student at the École, then as an employee of the Théâtre National Populaire, had been dominated by literature, photography, and, most importantly, painting. While her New Wave contemporaries would make knowing allusions to Fuller, Hitchcock, Hawks, and Renoir (Jean), she favored nods to Warhol, Monet, Rembrandt, Duchamp, and Renoir (Pierre-August). Some of her films center around specific painters and paintings: her cousin, Jean Varda, in Uncle Yanco (1967), Los Angeles murals in Mur Murs (1980); René Magritte in part three of the miniseries Agnes Varda: From Here to There (2011). Across a number of other films (Jacquot de Nantes, The Gleaners and I, The Beaches of Agnès), paintings—some famous, some obscure—play crucial supporting parts and make scene-stealing cameos, often appearing alongside the director.

There are, of course, many directors who model shots and scenes on paintings. In part, what distinguishes Varda’s work from that of other great directors, and certainly from her New Wave peers, is her engagement not just with paintings but with the idea of painting; that is, her attempts to test what emotions and concepts painting can and cannot evoke, and to study how a painting within a film alters our understanding of both. Some of Varda’s greatest work thrives on cinema and painting’s inability to “do justice” to one another, reveling in the gap between what moving images and the image can achieve. In Le bonheur, Varda’s most explicit homage to painting, cinema approximates the composition, color, and subject matter of specific paintings and artistic movements. But the result, as with the shot of François on vacation, is a profound sense of emptiness, crucial to the film’s eerie, vaguely malicious tone. With their very prettiness, Varda’s painstakingly recreated images are designed to prevent us from getting inside the characters’ heads, forcing us to consider instead the insufficiency, even the cruelty, of happiness as a category.

After Le bonheur, Varda’s work continued to feature paintings prominently. Yet these films don’t mimic the visual style of famous paintings so much as they try to make paintings cinematic—not just in the prosaic sense of pointing a camera at them, but by bringing them to life with unexpected pans, zooms, and cuts, or by eschewing establishing shots, so that for a few seconds, it’s genuinely hard to tell what’s corporeal and what’s painted. In the opening credits for Jacquot de Nantes, Varda’s 1991 paean to her late husband, Jacques Demy, the camera glides over one of Demy’s own canvases, and we’re pushed so close to the surface that its tiny bumps and holes look like hills and valleys glimpsed from a helicopter.

Or consider the lengthy shot from Mur Murs in which the camera pans across a wall covered in many layers of graffiti; in the first of many trompe-l’oeil effects, what seems to be a painting of a child turns out to be an actual child chasing after the camera. Unsurprisingly, the content of L.A.’s street art, as depicted in Mur Murs, frequently alludes to cinema—the artist Kent Twitchell, one of the documentary’s key interviewees, paints building-sized tributes to Hollywood figures, among them the prolific character actor Strother Martin (Cool Hand Luke). Notice that Twitchell celebrates a film performer best known for supporting roles by converting him into the central subject of a painting, only to have Varda “convert” the painting back into cinema, and you have an apt illustration of the tug-of-war in which film and painting have been locked throughout Varda’s career.

In spite of their many nods to Hollywood, the murals interested Varda in part because they existed outside the capitalist and consumerist constraints that defined her industry. Varda had moved to Los Angeles in 1979 to make a film for a French studio; a couple months later, the company abruptly canceled the project due to a lack of funding, stranding Varda in SoCal. Varda’s envy for the life of a street artist is palpable in her Mur Murs narration. As she sees them, murals can never be fully commercial because “they have nothing to sell”; therefore, they’re free of backers, studios, and abrupt cancellations. The price the murals pay for their material and artistic independence is ephemerality. As Twitchell and his peers stoically acknowledge, most of their paintings, because they’re not profitable enough to preserve, will eventually fade away or be replaced by new artworks—a fate from which Varda’s documentary, viewed 36 years later, rescues them.

There are countless paintings worth discussing in the context of Varda’s cinema—the Rembrandt self-portrait and Jean-François Millet depiction of gleaners from The Gleaners and I, and the tableau vivant recreation of Édouard Manet’s Olympia from The Beaches of Agnès loom particularly large. But the large mural seen approximately five minutes from the close of Mur Murs might represent Varda’s purest evocation of emptiness—a theme that runs through many of the paintings and homages in her oeuvre, including those in Le bonheur. The mural is very nearly a mirror image of the Pacific Street block it overlooks—a big pharmacy, houses, stop signs, traffic lights (copied so precisely that Mur Murs’ viewers can lose track of whether they’re looking at the painting or the street). There are, however, no people—paradoxically so, since the introduction of the Pacific Street mural marks one of the few times in Mur Murs that we hear someone other than an artist, or Varda herself, react to art. A young pedestrian admits, with a big grin, “I never noticed there were no people in it … I think this is Venice after the nuclear holocaust.” Off-screen, another passerby laughs nervously.

If any quality defines the paintings scattered throughout Varda’s films, it is their refusal to exist simply as beautiful objects, and their ability to allude to profound timelessness, lifelessness, and stillness—concepts which moving pictures, by their very nature, are not equipped to represent. The two art forms she knew and loved best, cinema and painting, stare back at one another, uncertain of what to say or what language to speak. What the Pacific Street mural section of Mur Murs suggests—and what distinguishes the Varda oeuvre from the bulk of films that reinterpret another art form—is that this “failure to communicate” need not be an artistic failure. The Pacific Street mural is sublimely lonely, but the real-life Angelenos who stroll by are not; the absence of human beings in the mural inspires their humanity, inspiring them to talk, crack jokes, giggle, and fill up the mural’s Nirvana-like emptiness. In a similar sense, Varda’s films will often stop to puzzle over a painting and then carry on, a little wiser about what cinema cannot achieve but a little prouder of what it can.