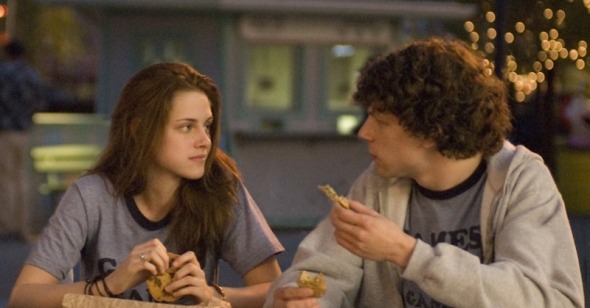 One of the most formally unusual music documentaries of recent years is Gorman Bechard’s Color Me Obsessed, a study of Replacements fandom that features not a single note of music composed or performed by its subjects. When the film was released in 2011, it was assumed by many that the director simply hadn’t been able to license any of the band’s tracks, but in interviews, Bechard insisted this simply wasn’t true. Instead, he claimed that he wanted the Replacements’ music to be a sort of structuring absence—you know, like God.

All kidding aside, the idea seemed to be that, after nearly two hours of listening to assorted critics, musicians, and unaffiliated aficionados wax rhapsodic about Bob Stinson’s stinging guitar riffs and Paul Westerberg’s bruised lyrics, the uninitiated would head to iTunes or YouTube to hear what all the fuss was about. And at the same time, fans in the audience would surely be familiar with the songs in question. Why clutter up the soundtrack when the cuts in question were already cued up on the mental jukeboxes of his target audience?

The common wisdom—which comes through in Color Me Obsessed and also books like This Band Could Be Your Life and All Over But the Shouting—is that the Replacements were a cult band more by choice than by circumstance. The major difference between them and, say, their fellow Big Star revivalists and one-time tour mates R.E.M. was that these others were always keener on expanding their fan base. I’m not sure that this is true, especially since the last few Replacements records were actually shinier and happier (at least in terms of production) than R.E.M.’s late-eighties output. But the group’s commitment to its own beautiful-loser image, duly lubricated by booze and bluster—and ultimately terminal in the case of Bob Stinson, who never met a self-destruct button he wouldn’t push—meant that their ultimate industry crash-and-burnfelt like a self-fulfilling prophecy. Which, in turn, has made their chaotic narrative and admittedly uneven discography that much more attractive to the burn-out-don’t-fade-away crowd.

It’s never stated for sure that James Brennan (Jesse Eisenberg), the early-twentysomething hero of Adventureland (2009) is a Replacements fan. On several occasions, he expresses his love for Lou Reed and the Velvet Underground and smiles appreciatively at the Hüsker Dü song being blasted by his sort-of girlfriend Emily (Kristen Stewart) as she drives him home from the eponymous Pennsylvania amusement park where they’ve both been exiled to work for the summer at minimum wage. He digs the needle drop on Big Star’s “I’m in Love With a Girl” at a house party (because by that point in the movie, he is). But given that Greg Mottola’s film is bookended by two of the group’s most famous tracks–it’s a pretty safe bet that James—like the film’s brilliant soundtrack supervisor Tracy McKnight—is meant to have the Replacements on the brain. It’s not just that Westerberg’s songs are featured on the soundtrack: their winning mixture of cynicism and earnestness becomes the voice inside the movie’s head.

Adventureland opens on a house party underneath the howling overture of “Bastards of Young” from 1985’s Tim, and its final sequence, syncs up with “Unsatisfied” off of 1984’s Let It Be. In both cases, the songs are closely aligned with James’s character arc. In “Bastards of Young,” Westerberg mourns his own coddled, alienated generation; it’s a pretty good bet that Chuck Palahniuk was thinking of the line “we’ve got no war to name us” when he was mapping out Tyler Durden’s masculine-crisis monologues in Fight Club (“our great war is a spiritual war; our great depression is our lives”).

Where the narrator of “Bastards of Young” loudly bemoans his blue-collar fate—“dreams unfulfilled/graduate unskilled”—James is upwardly mobile, with designs on going to Columbia’s School of Journalism. He’s in a hurry to get out of town—he “Can’t Hardly Wait” to leave—and he carries himself with the impatience of an educated kid who knows better things are ahead of him. But when his father is unexpectedly downsized and his college fund is rerouted to pay for the necessities of life, he finds that he’s comically overqualified for any paying gig. All his comparative literature degree sets up him for, work-wise, is to hawk “giant-ass pandas” on the midway in a faded t-shirt.

That costume, with its suggestive legend reading “Games Games Games,” is symbolically shed at the end of Adventureland, which reunites James and Emily after a summer of stolen glances and missed love connections. Where “Bastards of Young’s” soaring, mock-anthemic melody jabs at aspirationalism, “Unsatisfied” wrings a dead-serious variation on the idea of feeling stifled and shut out. The satisfaction that Jesse seeks at this late juncture is romantic and sexual: he takes a bus to New York City to get the girl who got away. And yet while the use of “Unsatisfied” to herald the impending breakthrough of a nerdy virgin is on one level totally obvious, it connects—like “Bastards of Young” before it—to the film’s perfectly realized period texture: less I-Love-the-80s than caustically nostalgic.

This sense of time and place goes beyond the pop culture signifiers that flash across the screen like sparklers. An early shot of James’ family watching Ronald Reagan drone cheerfully on television is not a cheap shot but a crucial piece of socioeconomic context in a movie where money is always on its characters’ minds. Instead of the blissfully class-unconscious attitude of Judd Apatow, Mottola gives us a world where people talk and act like they’re strapped. This is a movie where plans are always contingent on cash flow, in ways both large and small, and the menial side of life at Adventureland is emphasized (as is the fact that the park’s games are all tweaked to rip off paying customers).

The most moving character in Adventureland is not James or Emily (both of whom are superbly played by actors a few years away from critical respectability), but Joel (Martin Starr), a more senior Adventureland employee who wears taped glasses and smokes a giant, Sherlock Holmesian pipe (“It’s a repulsive affectation,” he tells James). Starr was indelible as the most extreme outsider in Judd Apatow’s Freaks and Geeks, and Joel is a similarly marginal presence. He seems eager to function as a mentor to James even as he recognizes that the newcomer is a handsomer, more socially functional version of himself. Joel is clearly in love with Emily, but he defers to James and instead pursues Sue (Paige Howard), whose post-make-out session rejection is couched in an unapologetic anti-Semitism. (This is a startlingly nasty scene, and when Emily comes to her friend’s aid, her blustery rage feels exactly right). Joel’s humiliation is magnified when James literally has to fight his battles for him after the pair are harassed by drunken rednecks, and peaks when James comes to visit him at his parents’ squalid suburban abode, which is an obvious source of embarrassment for a character who sees himself—like James—as being dead-set against the rabble.

A self-deprecating slacker who holds up his have-not status as a badge of honor while not so secretly yearning for the success and satisfaction he makes a show of rejecting, Joel is undoubtedly annoying. But he knows it, and he owns it, and this cognizance makes him a Westerbergian figure—the sullen fool who speaks the truth. Adventureland is a big-hearted movie, and Mottola’s script stops short of ridiculing James and Joel’s literary pretensions; when they lament the fact that Herman Melville died broke and unappreciated after writing Moby Dick, it’s a real conversation, couched in idealism and insecurity. And it’s nicely framed by Mottola, who shoots them reclining on a grassy hill at dusk while Jesse’s childhood friend Frigo (Matt Bush) naively re-enacts a Vietnam War firefight—a strangely resonant juxtaposition that scrapes at the sides of something sweetly and ineffably sad.

The running joke of Frigo punching James in the balls could be an illustration of the hero feeling existentially cock-blocked by his surroundings. But instead of just subverting suburbia a la American Beauty, what Adventureland gets at, in scene after beautifully measured scene, is how the cyclical rituals and values of its location—allegorized, by the freestanding merry-go-round metaphor of Adventureland itself, with its loop-de-loop skyline—are neither warmly Rockwellian nor surreally Lynchian. Instead, James’s experiences, from his too-coy nice-guy courtship of Emily to his (wordless) discovery and acceptance of, and complicity in, his father’s alcoholism, are presented as profoundly ordinary. Which is to say that they resonate in a way that more burlesquely exaggerated coming-of-age comedies, like Mottola’s own Superbad, are cut off from: it’s telling that the weakest parts of the film are the ones where Bill Hader and Kristen Wiig—both ace comedians who are usually the best thing about whatever movie or television show they’re in—clown exaggeratedly as the park’s married managers. They’re funny, but they’re in the wrong movie.

The actors who find their place in Adventureland are more woozy and wounded, like Starr and Ryan Reynolds, whose ladies-man-cum-handyman Mike is a walking cautionary tale for James—and a liar to boot. In a movie where pop music is used precisely—from animotion’s “Obsession” as a cheesy dance club floor-filler to Falco’s “Rock Me Amadeus” to imply the repetitive drudgery of park life—Mike’s lie about jamming with Lou Reed, revealed by his mangling of the title of “Satellite of Love” as “Shine a Light on Love” is the ultimate violation. Mottola uses his costliest cues rapturously: “Don’t Dream It’s Over” beneath late-night fireworks; “Just Like Heaven” atop a stoned bumper-car ride. And then there’s the gorgeous instrumental score by Yo La Tengo, which picks up at the end where “Unsatisfied” leaves off—the rushing, swelling orchestration when James and Emily move toward each other is genuinely sexy.

“If being afraid is a crime, we stand side by side,” sang Westerberg on “Swinging Party,” a song that does not feature on Adventureland’s soundtrack but describes that halting, insatiable final scene so perfectly that the images could serve as a makeshift music video. In formal and narrative terms, Adventureland, for all its pleasures, is a perfectly conventional American comedy, a coming-of-age fable about a beta male who stays true to himself and gets the girl. And in that sense, it doesn’t feel much like a Replacements song at all. In Westerberg’s universe, the best-laid plans go awry and the worst ones come to fruition.

But there’s also something poetic about a film—and a character—that demands satisfaction on its own tender terms, and gets it. As glorious as the wild police-siren whine of “Unsatisfied” is at the end of Adventureland, the song that always comes to mind when James comes to Emily’s apartment at the close of the movie is “I Will Dare,” Westerberg’s hymn to reckless romanticism. Maybe it’s because this backward-glancing movie about teenage mating rituals compels me to count the rings around my own eyes, even as they’re filling with happy tears.