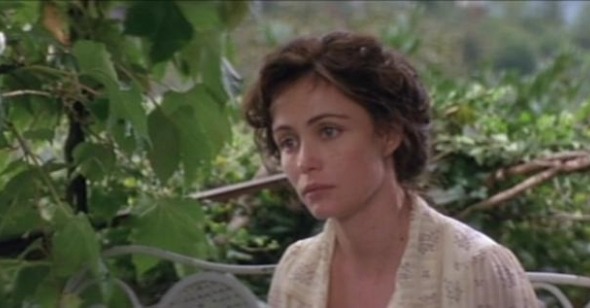 Work, that great uncovered topic of the American cinema—reified, made pretty, ignored, but never truly wrestled with. Olivier Assayas, however, following the great French tradition of depicting man’s quotidian existence, regards work with a sideways glance, while simultaneously delving into the characters’ emotional, sexual, and social lives. Two of Assayas’s recent films, Late August, Early September (1998) and Les Destinées (2001), while appearing to be diametric narrative opposites, reach similar conclusions about the nature of work and humanity. Late August, Early September set in contemporary Paris, follows the lives of a number of young Parisians’ professional and romantic travails, while Les Destinées is an historical epic about a family of porcelain-makers, and the tortured path of one family scion toward assuming the mantle of company stewardship. However, the films both feature thirtysomething layabouts as their protagonists, men who slough off the burden of doing nothing and become worker bees. Jean (Charles Berling), the protagonist of Les Destinées, leaves his ministry and life of leisure, to take over the family business. Gabriel (Mathieu Amalric), protagonist of Late August, Early September, abandons his vague dreams of glory as a novelist to take a position with a literary publishing house. Both Jean and Gabriel choose to reject their youthful passions, and throw themselves whole-heartedly into their new endeavors, thriving in new unfamiliar realms.

Both Late August, Early September and Les Destinées use as starting points the relationships of the protagonists to their personal avatars, iconoclasts who encourage their aversion to the trivial workaday world. Gabriel is mentored by Adrien Willer (François Cluzet), a novelist who encourages his flighty artistic immaturity, and dissuades him from settling down. Similarly, Jean’s second wife, Pauline (Emmanuelle Beart), takes him to Switzerland, where they live a quiet life with their children, away from the tumult of the family business. Adrien and Pauline are spiritual guides to the men, sharing their no-work ethic, and encouraging the pursuit of a life outside of the constrictions of daily routine.

Each plot centers on the groundless wandering period of these two men, unsure of their next step, positioned between past and future. In Late August, Early September, Gabriel chooses a new life as a ployee, complete with Thai boxing regimen. The security of the office job energizes Gabriel, but Assayas’s sympathies are (mostly) against him. Gabriel is seen sobbing inconsolably in the office bathroom when Adrien unexpectedly dies, but what he is truly crying for is the death of the part of him most like Adrien—the willful, adolescent, impulsive, brilliant streak he has destroyed. Assayas, Renoir-esque in his generous spirit, allows Gabriel a measure of redemption. Sitting at a cafe with the aide to the politician whose autobiography he has ghostwritten, he is distracted from their small talk when he notices Vera (Mia Hansen-Love), the elfin adolescent with whom Adrien spent his final days. Last glimpsed, Vera had been swallowing her secret sadness, unable to share it with friends or parents; in the back of a car on the way to the beach, she appeared lost in her world of private turmoil. Gabriel sees Vera outside the cafe, kissing a boy her own age, and the realization sinks in: for Vera, Gabriel, and the rest of the film’s characters, there is no choice but to keep living, changing, molting, becoming someone else over time—it is what makes us recognizably human, and it is what allows that demon, hope, to continue onward. The only stop to the endless shape-shifting is that of death. Gabriel tells the politician’s aide that he is working on a book of his own, “something more personal.” She asks if it’s a novel, and he responds, “I don’t know. We’ll see if I make it to the end.” Gabriel, too, goes on, and the hope remains that in his own haphazard, shambling way, he is pursuing his dreams as well.

At the beginning of Les Destinées, Jean finds himself at a critical junction of his own making. Having divorced his mentally unstable wife, Nathalie (Isabelle Huppert), he marries Pauline, and finds that his interest in the life of the clergyman has waned. He leaves the church, and moves with his wife to Switzerland, where he does…nothing. It is essential that Jean’s happiest moments occur when he is in Switzerland, an idyll that exists only in its disconnect from work. Jean sacrifices his entire stake in the family firm as a payoff to his ex-wife. This act, clearly marked as unnecessary, is a way of morally excusing his actions. Switzerland, in Les Destinées, is the un-France, the place where the threat of work is not a constantly overhanging burden, and in which life can be pursued with something other than careerism at its heart. This is not to be at all understood as a place corresponding to the geographical boundaries of the real Swiss nation; it is rather a state of mind, a location outside the cruel functionality of capital. Being a position untenable in, and unknown to, our contemporary world, this sojourn is depicted in a highly abstract visual language. We are told little about their lives in Switzerland—precisely where they are, how they fill their days, the stuff and essence of daily existence. Yet it is the happiest period in Jean and Pauline’s lives.

It is only in the absence of work that their joy begins to flower. Consequently, Jean’s downfall is his decision to return and take over the family factory in France. Pauline, in contrast, sees work as joy’s death, and begs Jean to reconsider. She pleads, “Why not accept happiness? Why do we have to join the fray like everyone else? It sickens me.” Jean rejects happiness because it appears so effortless, so weightless. He opts instead for the vigorous perpetual motion of the proto-CEO, a decision which forces him essentially to abandon his wife and family and dedicate himself body and soul to the firm. Following one of Assayas’s trademark fade-outs, the next scene is back in France, and Jean has become an entirely different person—cold, calculating, brusque, he has shed his casual clothing, philosophic and other, for business attire. Jean discovers his calling in Les Destinées, but it comes at the expense of everything he has known and loved.

On his deathbed, after dozens of years of service to the firm, Jean asks Pauline to read to him. She reads of an Italian gardener, raking the pebble garden outside a glorious estate, who pauses from his work, anguished, and cries out in his mellifluous dialect, “How futile work is!” Assayas begins the scene with an image of a gardener outside Jean’s window enacting a similar raking motion, and the scraping sound is overlaid throughout. Les Destinées deliberately fudges the traditional gap between fiction and reality here, allowing some of the story which Jean is reading to bleed into his surroundings. As a result, the cry of the gardener becomes something more than a mere narrative ploy; it is an outward expression of the emotion Jean cannot release. Pauline panics, on completing the story, when Jean does not respond to her calls. Finally, in the last shot of the film, he opens his eyes and looks around in a leisurely fashion, puzzled and happy. In response to Pauline’s pleas, he says, “I was just out in the garden.” It is there that Jean can achieve a respite from the unrelenting toil to which he has subjected himself, and cry out at the utter senselessness of his choices. The garden is the flip side of Switzerland, the locus of accepting the fullness of work’s demands. Like Gabriel, Jean comes to grips with his sacrifices, and accomplishments, and is ready to proceed onward to the next stage of existence. What the two protagonists share is an understanding of the complex role work has played in their lives, serving both as savior and torturer. In the garden, they are able to acknowledge what they have made of work, and what it has made of them. In the garden, there is knowledge.