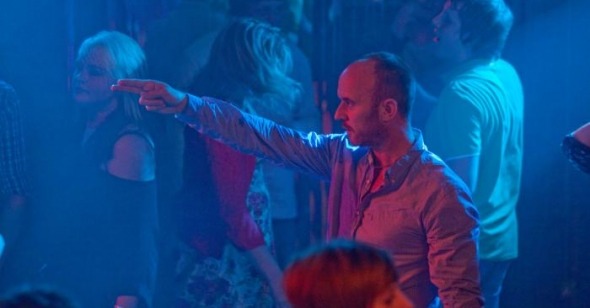 The slight shiver of excitement I habitually feel when sitting down to watch a new Ken Loach film is amplified on this occasion by a simple coincidence of dates: I am about to view Route Irish at home on my laptop, on the same day that it’s released in cinemas across the UK. I am not admitting a felony in the pages of Reverse Shot; the reality is regrettably far worse—I have paid for my “ticket,” and despite Route Irish being almost the furthest thing imaginable from a Fox film, most of my money has gone to Rupert Murdoch, majority owner of the satellite subscription channel Sky Movies.

Loach’s status as a popular filmmaker here in the U.K. is roughly akin to that of Woody Allen in the U.S. (Anyone thinking that’s too ludicrous a comparison should watch Loach’s Looking for Eric in a double bill with Play it Again, Sam). Despite some grudging recognition for masterpieces he made forty years ago (Kes and Cathy Come Home) and dutiful respect for his longevity and his unwavering personal style, he’s not particularly cherished, and only continental Europeans actually make any kind of a fuss when a Loach film comes out. The guy’s something of a national hero—albeit in France, where he is routinely compared, as a realist filmmaker, to the saintly Maurice Pialat, perhaps mostly due to his absolute rejection of literary artifice in his portrayal of human exchanges. (This differentiates Loach from the deliberately theatrical dialogue approach of Mike Leigh, with whom he is readily and clumsily associated in the UK). So while Route Irish has a 134-screen French general release, it is opening in a miserable twenty screens across the UK, seven of which are in London, only one each in Sheffield, Manchester, and Liverpool (where the film is set, for goodness’s sake) and none at all in Birmingham, Leeds, or Bradford. It appears that this most decorated of festival directors (he won two Prix du jury at Cannes as well as the Palme d’or for The Wind That Shakes the Barley, less than five years ago), this remorseless champion of the British working man and implacable scourge of the corporatist establishment, is reduced to taking the Murdoch dollar to get his films seen in Britain at all.

Yet the way Loach has embraced the internet, if defensively, still excites. He has a a YouTube page, on which at least three of his features are available for free, with numerous more promised; the simultaneous release of Route Irish online and in theaters is a unique experiment—there is a feeling, quite apposite in its way, that these films must be seen by any means necessary. In today’s Britain at least, the films of Ken Loach do feel essential— even if it’s all too easy to clamour for the message and ignore the manner of its telling (as to which, more later). With this same sense of consequentialist purpose, I have fatally compromised my own experiment with an iconoclastic laptop (no software from Microsoft, Apple, or Google) and my bone-headed refusal to purchase content from any Murdoch company (Fox, Sky, Random House, the Times and other newspapers). I confess to mild disappointment at receiving quite the most efficient and charming telephone assistance from Lynne in Glasgow when my one-month Sky subscription was initially refused. (Was I on a blacklist? No, just a computer glitch, quickly remedied.) The obligatory Microsoft Silverlight was downloaded and installed (grrr..), Google Chrome downloaded and booted up, (“for best results”—bah!), laptop screen cleaned, exact sofa position determined . . . ready to roll.

It doesn’t take long for the initial frissons to melt into a pleasing sense of familiarity: a full dozen obscure production companies and financiers from all over Europe are emblazoned across the screen before the titles; within minutes a working-class character erupts in a spitting furious rage of indignation and has to be restrained; a soccer match takes place (this time for blind players); stand-up comic John Bishop, now a huge stadium comedian in the U.K., stars, which might have jarred if Loach hadn’t used stand-ups Ricky Tomlinson in Riff-Raff and Crissy Rock in Ladybird, Ladybird; we even get Loach’s signature metaphorical nod to Broken Britain, a three-legged dog drifting into shot. We are certainly in the land of Loach, in this case Liverpool, but there is a tasty new tangent: it’s a film about Iraq, and it’s a conspiracy thriller, in the same category as his Hidden Agenda. Mark Womack plays Fergus, an ex-soldier lured back to Baghdad by the prospect of a big payday as a private security contractor. Fergus has returned to Liverpool and is later joined by his partner and best friend, Frankie—in a body bag. Fergus’s soldier’s instincts forbid him from swallowing the security company’s official explanation (Route Irish, the road from Baghdad airport to the City, is treacherous—Frankie was in the “wrong place at the wrong time”) and so begins his own investigation.

Screenwriter Paul Laverty tells a tale outwardly similar to In the Valley of Elah (by its detection-driven cover-up plot and its study of the impact on coalition soldiers of the Iraq war), but he distinguishes himself from Paul Haggis in two ways: firstly, while the film deals with the exploitation of working-class Liverpudlians (not a big departure for Loach), it clearly depicts in some harrowing detail the principal victims of the invasion as the Iraqi civilians (while Haggis’s principal victims were American soldiers—and America itself); secondly it deals with a hitherto unexamined dimension of the conflict—the commercialization of war by the multimillion dollar private security corporations, who scoop up the remnants of the fighting force, promise them riches they cannot dream to achieve in trying to rebuild their lives back home, and thrust them back into the fray. Some of the men are reliable, others are loose cannons, all of them are troubled—so things are bound to go amiss once in a while, but when they do there is a corporate lockdown and no media attention to speak of, no accountability (other than to shareholders). Laverty also reiterates one of his great strengths with Route Irish, which is to put the best words into the mouths of the bad guys (in this case, the officer-class panjandrums who run the company) so as to indicate how easy it is for all of us to be constantly hoodwinked. Fergus, on the other hand, is no orator or persuader, he is direct and uncouth—it takes a while for his heroism to reveal itself, and after it does his eventual decline into vigilantism and the dismaying evidence of his own corruption (he “waterboards” one of the men he suspects of killing Frankie) never allows us the comfort of relating to him in anything other than a complex way. Fergus is a hero, but a compromised and victimized one—just how we like ’em.

There are plot contrivances in Route Irish that make the conspiracy less persuasive than that of Hidden Agenda (the central cellphone video of an atrocity witnessed by Frankie which might have got him killed, is somewhat clunky; the payoff reposes on the testimony of a character introduced very late to the action who could have been consulted earlier and avoided a lot of bother), but there is also a sense that the conspiracy itself is really just a vessel for Loach and Laverty’s indignation. There are far more satisfying aspects to the film, not least the way in which it depicts the gradual ebbing away of community, of kinship, in the men who have followed the path taken by Fergus and Frankie. From the SAS, with its code of loyalty, to the security firm, where it’s every man for himself; from the circle of friends Fergus once had back home to his expensive waterside apartment where he lives alone, uncluttered (like Robert De Niro’s McAuley in Heat, dependent on no one); from his need to “share” his anger and his guilt with Frankie’s ex, Rachel (she shares some of Frankie’s ashes with him, he shares her bed), to his gradual retreat into himself and his rejection of all contact with her or anyone else—this destructive descent into individualism is taken to its logical conclusion in the final act and you sense is, for the Trotskyist Loach, the most costly thing of all.

Since I watched all of this on a twelve-inch screen, twelve inches from my face, it’s only fair that my last word be for the contribution of cinematographer Chris Menges (teaming up with Loach for the first time since Kes, forty-one years ago) and his satisfyingly evocative use of blank space to promulgate Fergus’s desolation: from his barren apartment walls to the ruined Iraqi desert and the gray waters of the Mersey river. Not the most demonstrative of DPs anyway (though he has tackled subjects other DPs would have overdone, improving both The Killing Fields and The Three Burials of Melquiades Estrada by refusing to draw attention to the camera), he eschews the clichéd phalanx of filters for Iraq scenes and leaves the shutter speed well alone for the action sequences, using only the merest color nuance to distinguish flashback. By using the same washed-out palette in Liverpool and Baghdad, which brings the actors’ naturalist performances into stark relief, Menges concretizes the sequences back home that mirror the war, in particular when a group of contractors break into an Iraqi family’s flat in Liverpool, screaming obscenities and pointing guns at children’s heads, as per their army training. It’s all grist to the mill of the “Loach as aesthete” debate. Loach, like Pialat, makes films, not radio plays—the fact that certain British critics won’t engage with his films on an aesthetic level is testament to his self-control (and the stupidity of certain critics) not an alleged lack of visual flair. Loach’s Bertollucci-esque political fresco The Wind That Shakes the Barley, for example, was one of the few films that captured any kind of attention in the U.K.—it was attacked as agitprop masquerading as cinema. Yes this film needs to be seen, but it needs to be seen in the cinema, if only to reassert its aesthetic credentials. I’m glad I saw it, but in the final analysis, I wish I hadn’t stayed in.