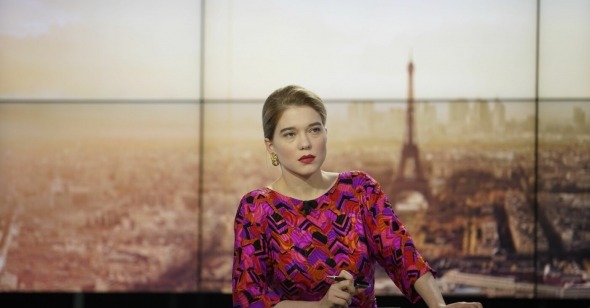 As the new films by Apichatpong Weerasethakul, Hong Sang-soo, Gaspar Noé, and Bruno Dumont were unveiled over the final days of the 2021 Cannes Film Festival, the differing critical reactions to each got me thinking about anticipation, expectations, and how we, as viewers, evaluate new work by veteran directors. All four films add something new to their authors’ established styles and sensibilities, and each was judged in large part on how well these shifts were executed—at least as much as critics seem willing to “allow” such shifts. It’s clear that, for some, certain forms are still anathema to what constitutes serious cinema (see also the confused response to Paul Verhoeven’s brilliant Benedetta), and that changes in approach, personnel, or temperament are acceptable so long as they don’t disrupt our preconceived notions of the author’s vision.

At first glance, Memoria, which shared the Jury Prize with Nadav Lapid’s Ahed’s Knee, breaks with Apichatpong Weerasethakul’s past work. In addition to being his first film made outside his native Thailand, it’s also the first time he’s worked with professional actors—among them Tilda Swinton, Jeanne Balibar, and Daniel Giménez Cacho. Such deviations aside, this is an Apichatpong film through and through. One of the most interesting aspects of the film is watching how the director so seamlessly folds these new elements into his familiar world of dreams and spirits, nature, and the human body. Swinton plays Jessica Holland, an orchidologist in Bogotá searching for answers to a recurrent thudding noise in her head, which she first attempts to decipher with the help of a local sound engineer (Juan Pablo Urrego) before setting off into the jungle where she meets an older man (Elkin Díaz) with the same name as the engineer who helps her tap into more than just the source of her affliction. Always attentive to sound design, Apichatpong here unlocks a sonic dimension to match that of his typically tactile imagery, with one particularly immersive and breathtaking sequence trading in the arena of pure sensation. It’s in these moments, more than even the passages of unexpected wonder that conclude Jessica’s journey, where Memoria points most enticingly toward Apichatpong’s future.

Presented in the inaugural Cannes Premiere section, Hong Sang-soo’s 26th feature and second of 2021, In Front of Your Face, is, like nearly all his films, less a reinvention than a refinement. Within his shape-shifting universe of chance and duplicity, however, even the smallest variation to the formula can yield fresh results. Here, it’s the presence of Lee Hye-young, an actress new to the director’s movies, that immediately heralds a shift in perspective. Considerably older than most of Hong’s female protagonists, Lee is enticingly disaffected as Sangok, a former actress who’s returned to Seoul from the U.S. to meet with a director (Hong regular Kwon Hae-hyo) and reconnect with her sister (Cho Yun-hee). (Like her character, Lee made a name for herself as an actress in the ’80s and ’90s but hasn’t appeared in a movie in over a decade.) In solemn voiceover, Sangok reflects on the situation, hinting at a more serious reason for her trip; when she drunkenly reveals to the director that she’s terminally ill, it’s never quite clear if she’s actually sick or if she’s simply, if drastically, rebuffing his advances. ("You want to sleep with me, don’t you?” she asks the equally inebriated director after revealing her secret, prompting him to break down in tears.) While Sangok operates in shades of grey, the film itself, one of Hong’s most beautiful, is flush with bright green landscapes and pastel-painted high-rises, further marking it as a work of considerable distinction within a catalogue that’s too often spoken of in terms of its uniformity.

Word on the ground for Gaspar Noé’s Vortex promised something not just different, but uncharacteristically compelling: rumored to be the Argentine director’s Amour, the film, also seen in the Cannes Premiere program, was a festival talking point before it even screened. The Haneke comparisons weren’t far off: Noé’s latest depicts, over the course of 135 minutes and in sometimes excruciating detail, the mental and physical degradations of an elderly couple (played, in a brilliant casting coup, by Italian director Dario Argento and French actress Françoise Lebrun) living out their final days in a sprawling but claustrophobically cluttered Parisian apartment. In split screen, Noé maps the couple’s routines in near real-time sequences that emphasize the outsized weight of each passing moment. While other characters, such as the couple’s son, occasionally pass through the frame(s), the film is intently focused on the pain of these two codependent individuals, whose rare moments of peace and lucidity provide a fleeting glimpse of a past that once was. For arguably the first time in Noé’s career, one can sense a genuine compassion on the part of the filmmaker for his characters; save for a few moments of requisite depravity, Vortex suggests that he may have more on his mind than mere provocation. If this is Noé’s best and most substantial film to date, it’s not because he’s changed his approach so much as broadened his worldview.

Despite the new wrinkles, each of these films was generally well received by critics. Bruno Dumont’s France was comparatively trounced. One of the best films of the festival, it represents another decisive about-face on the part of a filmmaker who ten years ago traded severe realism for absurdist comedy and has yet to look back. Here, humor meets melodrama for something stranger still. A biting satire of the contemporary TV news landscape, it’s a work of brash juxtapositions and unruly social commentary. Starring Léa Seydoux as beloved news anchor France de Meurs (that’s “France to Die” for Anglophone readers), the film opens with one of the great character introductions in recent cinema, with France digitally inserted into a news conference with French president Emmanuel Macron. Her back-and-forth blow-job gestures with her producer Lou (Blanche Gardin) set the tone for a story that careens wildly through set pieces that see France reporting on war, immigration, and French politics with a desperate-to-please attitude that reaches hysteria when the media turns on her after she hits a young man on a scooter with her car. Adopting a perversely conventional visual language, Dumont flips the pro forma nature of TV news into a blinding spectacle of primary colors and grotesquely ornamented decoupage; from France’s garish wardrobe to her gaudy apartment, which looks like something out of mid-period Visconti, the film is a marvel of costuming and production design, proving Dumont can do just as much with a sterile interior as a magnificent coastline. (The score, by the late pop composer Christophe, is equally delirious.) An auteur film par excellence, France rewires traditional forms in service of its creator’s long-standing misgivings with French social mores and the cultural unconscious. Of course, it was booed.