Cannes 2021 Dispatch: From the Darkness 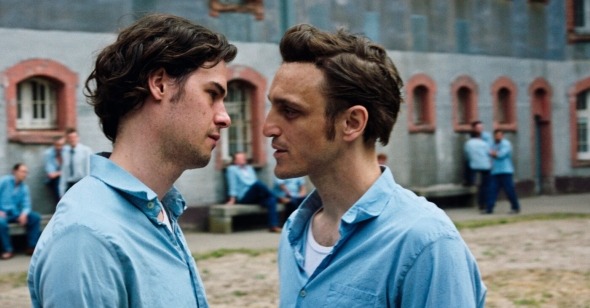 Cannes 2021 Dispatch:
From the Darkness
By Jordan Cronk

About twenty minutes into Leos Carax’s Annette, an abrupt cut takes us from the dark of night to the light of day. In and of itself, the moment is not particularly notable, but coming from a director whose five previous features have been set almost exclusively under cover of darkness, it comes as something of a shock. Annette, which opened this year’s Cannes Film Festival, feels designed to disorient. A musical cowritten and composed by Ron Mael and Russell Mael of the American art-pop band Sparks, the film is a natural extension of the group’s highly theatrical approach to musical storytelling, which is traditionally as bright and buoyant as Carax’s films are darkly sensuous. Rather than attempt to wed these sensibilities, Annette seems built around the energy that the divergent artistic philosophies of Carax and Sparks can generate.

The film boldly traverses disjunctions as apparently ordinary as day and night and as seemingly irreconcilable as life and death, the human and the inanimate. The story, about a caustic standup comedian (Adam Driver) and popular opera singer (Marion Cotillard) whose tabloid-trailed relationship falls apart as their careers move in opposite directions, occasions a series of Carax’s most magical sequences, many of which pair Driver and the couple’s newborn daughter, a wooden marionette named Annette, in twilit duets of familial affection. Meanwhile, in poolside scenes set at the couple’s West L.A. home, Cotillard’s character spends much of the middle part of the film wading through verdant scenery that pushes the director’s typically lush color palette into luminous new realms. As in Holy Motors (2012), green seems to hold a kind of totemic power over Carax’s fluid mise-en-scène; indeed, there is nary a scene here that doesn’t feature some sort of emerald brushstroke in the lighting, set design, or costuming. In a film of sharp contrasts, such motifs can recalibrate the mind’s eye even as the narrative takes us far from the familiar.

Large portions of Radu Muntean’s new film, Întregalde, transpire in the dead of night. A return to form following the strangely standard abortion drama Alice T. (2018), the Romanian filmmaker’s sixth feature, a highlight of the year’s Directors’ Fortnight, follows a group of humanitarian aid workers as they caravan across the countryside to deliver supplies to the small rural town of the film’s title. Nimbly crosscutting between vehicles in the film’s opening act, Muntean grants the viewer a brief glimpse into the lives and personalities of each character, all of whom seem to be at different points in their respective relationships. Eventually, the narrative settles on Maria (Maria Popiștasu), Dan (Alex Bogdan) and Ilinca (Ilona Brezoianu), who, as dusk falls, come upon an old man (Luca Sabin) walking to an abandoned sawmill. While they kindly give him a lift, they’re troubled by his state of mind and story about a mysterious mill owner who is by all accounts dead. Split about whether they should go back to help the man in his quest or soldier on toward their own destination, the group come to a literal impasse when their SUV gets stuck in the mud, leaving them alone in the forest until help arrives.

Continuing to ply the type of duration-based realism that many of his New Romanian Cinema contemporaries have either set aside (Corneliu Porumboiu) or reinvented entirely (Cristi Puiu), Muntean here gets impressive mileage out of a storytelling mode that might otherwise seem passé. Some of this comes down to Muntean’s immaculate compositional sense and patient editing rhythms (undiminished here and in many ways comparable to his 2010 high-water mark Tuesday, After Christmas), but it can just as fairly be credited to the way he applies the style to simultaneously create and occlude meaning—in this case as it relates to intimations of a post-Ceaușescu social malaise and how that feeling is subtly superseded by a form of empathy that belies the ominous undercurrents that follow these characters into the darkness.

Matters of day and night are of little consequence in Great Freedom, a striking prison drama from Austrian director Sebastian Meise presented in the festival’s Un Certain Regard section. Set over a period of decades following WWII, Meise’s second fiction feature tells the true story of convicted homosexual Hans Hoffmann, whose “deviant practices” jailed him under German law for much of his adult life. Played with quiet grace by the effortlessly magnetic Franz Rogowski, Hans is a wounded soul with a practical sense of survival; as an outed gay man in a brutally homophobic environment, he’s frequently called upon to perform sexual acts for his fellow inmates. Told achronologically, the film charts the reluctant friendship between Hans and one of these prisoners, Viktor (Georg Friedrich), whose severe and initially skeptical facade eventually breaks down as the two develop a mutual respect and understanding.

Tender where most films of its kind are tough, Greet Freedom is nonetheless unflinching in its emotional honesty and highly detailed in its artistry. Shot by Crystel Fournier, it’s a beautifully rendered portrait of an ugly and inhumane time, one that, as Hans’s eventual reemergence into the dark night of the real world confirms, we haven’t fully left behind.