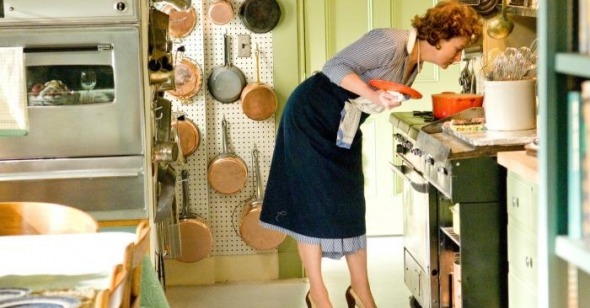 It‚Äôs been wholly delightful to watch Meryl Streep‚Äôs late-career evolution into bankable comic actress, as it has reintroduced her talents to a whole new generation. (My 15-year-old sister may not know who Sophie chose, but she can tell you all about that devil and how she wears her Prada.) For those who come to Streep‚Äôs newer roles with the knowledge of her earlier, capital-D dramatic work, meanwhile, the joy of comic Meryl is twofold. We appreciate the consummate technical skill and delicately layered emotional texture she brings to (most of) these performances, using her signature talents to elevate a ‚Äúlighter‚ÄĚ role. Yet there‚Äôs also the thrill of watching Meryl Streep‚ÄĒaward-bedecked Actress of a Generation‚ÄĒlet her hair down and goof around. Even better, she always seems in on the joke, delighting in shucking her woman-of-a-thousand-accents reputation. Her gregarious, sly off-screen persona only heightens the feeling that funny Meryl somehow hews closer to the real Meryl, as if with these films this famed shape-shifter is taking us into her confidence.

The best of these roles‚ÄĒand I count her work in Adaptation and The Devil Wears Prada as among the finest, funniest performances of the decade‚ÄĒget their spark from this dynamic. In both films, Streep plays a fiercely talented professional woman at the top of her field; her abilities are unquestioned, but they also become the source of humor. Like the woman embodying her, Susan Orlean in Adaptation ultimately discards decorum and embraces her inner nut, running off with a dentally challenged botanist and briefly achieving stoned-out, toe-wiggling bliss. Devil‚Äôs Miranda Priestley pushes professionalism to comic extremes, but the formidable actress playing her gives Priestley‚Äôs imperious demands a kind of extratextual justification: if Meryl says jump, who wouldn‚Äôt say ‚ÄúHow high‚ÄĚ? That both performances lack the physical transformations seen in many of her roles (her fab steel-gray Prada coif notwithstanding) only underscores how foregrounding Streep herself deepens the pleasures of her persona riffing.

In some respects, Streep‚Äôs performance as chef Julia Child in Nora Ephron‚Äôs Julie & Julia hearkens back to the roles that won her fame in the first place: embodying a famous woman through impeccable physical and vocal approximation. It‚Äôs no criticism of Streep‚Äôs superb mimicry, however, to say that the exuberance that drives this turn owes at least as much to the actress‚Äôs comic gifts as it does to the real-life Child. There‚Äôs an improbably funny moment midway through the film where Julia is narrating her daily routine in a letter to a friend. It‚Äôs a standard-issue montage, making it all the more startling when, as Julia‚Äôs voiceover describes her early-morning wake-up call, we see Julia leap out of bed and enthusiastically declare to no one in particular, ‚ÄúI‚Äôm up!‚ÄĚ Both a full-throated testament to Julia‚Äôs boundless zeal and an affectionate joke about that zeal, it‚Äôs utterly Streepian, and it perfectly fits a film that, at its best, celebrates lively, accomplished women who cook, love, and live with gusto and without apology.

For both Julia and her modern-day emulator, Julie Powell (Amy Adams), this means finding personal and professional fulfillment through their shared passion: food. We meet Julia in 1949 as she and husband Paul (Stanley Tucci) first arrive in Paris. Paul has been reassigned there by the OSS, and Julia drinks in the sights, the sounds, and especially the tastes of the city with illimitable excitement. But she‚Äôs worked all her life‚ÄĒshe and Paul met at the OSS‚ÄĒand yearns to spend her days doing something more substantial than hat-making classes and bridge games. She enrolls in Le Cordon Bleu cooking school and, despite the haughty dismissal of the school‚Äôs director, begins to excel in her class (she is the only woman there). As her culinary skills evolve, she befriends two Parisian cooks, Simone Beck (Linda Emond) and Louisette Berthalle (Helen Carey), who enlist Julia‚Äôs help on revising their French cookbook aimed at American readers. It‚Äôs the book that would eventually be published in 1961 as Mastering the Art of French Cooking, and would go on to make Julia Child a household name.

Flash forward to 2002 and to Julie, a would-be author in an edge-of-30 slump. She and husband Eric (Chris Messina) have just moved to a spacious if inconveniently located apartment above a Queens pizzeria. Working a mid-level job at the Manhattan Lower Development Corporation, Julie spends her days fielding calls from angry or sorrowful family members of 9/11 victims whom she is powerless to help. (For a film this souffl√©-light, an early crane-up from Julie on the sidewalk to the wreckage of Ground Zero is jarring, if not a little tacky.) Her escape is cooking and it gives her an idea: a blog. Specifically, she will chronicle her efforts to cook every one of the 524 recipes in Child‚Äôs Mastering the Art of French Cooking within one year.

Julie & Julia toggles back and forth between these two tales, and if it all sounds a little low-stakes, you‚Äôre right. This is, after all, a movie whose basic conundrum is whether two authors will get book contracts. But if Ephron‚Äôs screenplay‚ÄĒadapted from Powell‚Äôs book Julie & Julia and Child‚Äôs My Life in France, which she cowrote with Alex Prud‚Äôhomme‚ÄĒpossesses an almost brazenly low amount of dramatic conflict, it also isn‚Äôt larded with prebaked career-or-husband contrivances found in so many female-centric Hollywood films. With the exception of a small-scale fight between Julie and Eric, the men of Julie & Julia are uniformly supportive, affectionate, and genuinely happy about their wives‚Äô talents and achievements. The film is too. I cannot remember the last Hollywood movie I saw where so many scenes focused on nothing more than women detailing their professional ambitions and desires. Nor can I recall a mainstream director who takes such pleasure in lingering on the details of a thriving middle-aged marriage as Ephron does with Julia and Paul. Streep and Tucci have a lovely, lived-in chemistry that perfectly expresses the affectionate camaraderie and the simple pleasures the two get from one another‚Äôs company.

Their bond gives the Julia section its heart and helps to ground the epicurean delights that Ephron generously sprinkles throughout. Julie & Julia is unapologetically enchanted with the good life; it‚Äôs full of dinner parties and leisurely lunches, late-morning strolls in the park and mid-afternoon rolls in the hay. Cinematographer Stephen Goldblatt gives the Parisian scenes a burnished caramel glow, the camera winding its way through delicate drawing rooms or elegant cocktail parties simply to soak in the heady atmosphere. And, of course, healthy dollops of food porn abound. Streep‚Äôs Julia savors all of these with a guileless pleasure, her warbly falsetto a kind of verbal Richter scale that measures her delight by how long she holds out a vowel or how loudly she lets out a squeal of surprise. Yet Julia isn‚Äôt just a sensualist, and Streep locates the big-hearted gratitude Child has for all of her life‚Äôs riches, particularly her family. There‚Äôs no lovelier moment in Julie & Julia than a simple overhead shot of Paul and Julia slow-dancing next to her sister Dorothy (Jane Lynch) and her husband at Dorothy‚Äôs wedding. As Jule Styne‚Äôs ‚ÄúTime After Time‚ÄĚ floats through the air, Julia and Dorothy reach out and squeeze one another‚Äôs hand: a small affirmation of familial bonds and a reminder that Julia‚Äôs joie de vivre flows from a deep appreciation for the life she so heartily savors.

The Julie section of Julie & Julia is a letdown by comparison. Ephron gets that this is the less romantic (and romanticized) half of her screenplay, and chronicles Julie‚Äôs culinary highs and narcissistic lows with patience and understanding, even as Julie‚Äôs professional insecurities can feel neurotic at best and whiny at worst, and Adams‚Äôs spiky performance doesn‚Äôt attempt to blunt the character‚Äôs unappealing edges. Nor is Ephron unaware of them, wisely casting the wry Mary Lynn Rajskub as Julie‚Äôs ego-deflating friend Sarah. Adams‚Äôs scenes are fitfully charming, but they lack the verve and warmth that define Child‚Äôs exploits. Julie‚Äôs literary and culinary pursuits feel more like a simple drive for success and less like the intertwining of professional and personal fulfillment the film claims they are. And when they do intertwine, it‚Äôs less than elegant, as in the weirdly off-putting sequence when a rush of phone messages of book and television offers from Food Network producers and literary agents prompts Julie and Eric to have sex. Whatever floats your boat, I guess.

Of course, it‚Äôs hard not to wonder why Ephron felt the need to intertwine these stories in the first place. Julie & Julia draws enough standard-issue connections between the two women, but Julie is clearly defined as a mess when compared to the strong-willed yet ever joyful Julia. Yet what does Julie ultimately take away from working through Julia‚Äôs recipes? An uncharitable reading would conclude that she used a famous text as a springboard to get a book deal, learning a couple of lessons about determination and duck-stuffing along the way. Ephron does not take so jaundiced a view, but she struggles to come up with anything to counteract such an argument. A last-minute revelation raises a couple of intriguing notions about the complexities of hero worship, but its late introduction merely perfumes the finale with the whiff of complexity.

In the end, Julie can do little more than heap more admiration upon her culinary hero. And why not? Like the actress playing her, Julia is both a hoot-and-a-half and a woman of admirable gifts and accomplishments. Perhaps the undercooked but undeniably delicious Julie & Julia works best, then, as a celebration of both women: not Child and Powell, but Child and Streep.