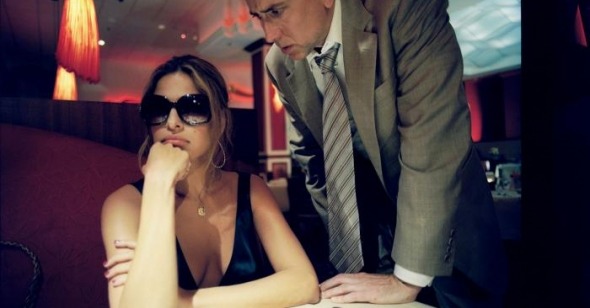 Werner Herzog‚Äôs Bad Lieutenant: Port of Call New Orleans is camp on arrival. With a name and aesthetic that recalls direct-to-video sequels (Lost Boys: The Tribe, Roadhouse 2: Last Call, or Darkman III: Die Darkman Die anyone?), the film arrives about six months after its loony internet trailer became a viral ‚Äúthis can‚Äôt be real‚ÄĚ laughingstock‚ÄĒ more than enough time for defenders, Herzogians, so-bad-it‚Äôs-good Snakes on a Plane enthusiasts, and Nicolas Cage lovers to settle on an appropriately slanted vantage from which to appreciate the film. If you‚Äôve seen that trailer, or any clips since, and are still excited about this proudly superfluous reboot of a 1992 Abel Ferrara film, then you‚Äôre likely also intimate with the word ‚Äúawesome‚ÄĚ as a term of enthusiastic, double-sided irony. As it happens, much of Herzog‚Äôs film is indeed ‚Äúawesome‚ÄĚ as campy, seedy, awkward entertainment. It also occasionally transcends those quotes. But art so fleetingly glimpsed only demonstrates how hard it is to make of low-rent trash something truly sublime. Even though this is Herzog and Cage‚Äôs wheelhouse‚ÄĒeach in his own way is a spectacle of ridiculous genius‚ÄĒBad Lieutenant: Port of Call New Orleans is too half-assed and knowing to be really, deliriously mad.

That said, there‚Äôs something satisfying about seeing such an odd, ugly duck on American multiplex screens this weekend. It will undoubtedly be the only film playing in which the protagonist is introduced calling a drowning man a ‚Äúshitbird‚ÄĚ and a ‚Äúshit-turd.‚ÄĚ After Herzog sets the scene (and quickly lowers the bar) with a Skinemax-worthy shot of a snake swimming through water scored to a snatch of cornet and snare rent-a-blues, Cage strolls onto a dank set next to Val Kilmer, a pairing that is the film‚Äôs most inspired bit of overkill. Kilmer, who‚Äôs squandered every shot at the A-list, is nevertheless something of a daredevil when it comes to Hollywood train wrecks, and he seems at his best when the audience expects the worst. His presence here quickly called to mind The Island of Dr. Moreau, another notorious (though unintentional) camp artifact that was nearly redeemed by Kilmer‚Äôs undeterred, conspiratorial glee. Here he quietly offsets Cage‚Äôs crazy act with a more plausible dumb malice, but his scenes are too few and brief to disrupt what‚Äôs otherwise a one-man show. The hurricane‚Äôs rising floods threaten to drown a prisoner trapped behind bars, but after detective McDonagh (Cage) and Pruit (Kilmer) mock and dither, McDonagh jumps in and hurts his back during the rescue. Chronic pain ensues, which the (now) lieutenant fights with prescription meds and eventually hardcore drugs. He‚Äôs a crime-fighter on a collision course with addiction and desperation. Here‚Äôs your premise, boys, now go play.

Perhaps because his work here is something of a mid-career summation, his familiar tricks and tendencies present alongside his singular, unpredictable impulses, Cage received serious appraisals this past week from two of the country‚Äôs best critics‚ÄĒReverse Shot‚Äôs own Nick Pinkerton, writing in the Village Voice, and the New York Times‚Äô Manohla Dargis. Though different in opinion and style, each piece is nevertheless brilliant at illuminating, appreciating, and critiquing Cage‚Äôs contradictions, and each makes me want to visit or revisit performances I‚Äôve too readily dismissed. But my problem with Cage in Bad Lieutenant: Port of Call New Orleans is how telegraphed and overdetermined his freak show is. Hobbled by back pain, he slumps and limps like a hunchback in ill-fitting suits, and works around a stiff neck like Peter Weller in RoboCop. He stuffs an extra-long pistol into his belt, snorts coke from his thumb crotch like a hound, shucks and jives, and empties the Leaving Las Vegas bag of tricks to enact a full spectrum of strung out, baked, wasted, tweaked and barely breathing. Like Jack Nicholson as the Joker (whose smoker‚Äôs cackle Cage borrows for a late-film fit), the performance is baroque self-parody, satisfying and exceeding expectations while obscuring everything else onscreen. Cage doesn‚Äôt become the character‚ÄĒhe wears himself like a mask. And Herzog is happy to recede the film around him.

Nicholson is one reference, but so is Jimmy Stewart, another actor who played around with variations on a presented self. As Pinkerton observes, accents aren‚Äôt Cage‚Äôs specialty, and neither were they for Stewart. Their voices are always stubbornly their own, and thus their own persona is necessarily present, and at best collaborating, with the role in question. But if Cage is no impressionist, in Bad Lieutenant his distinctive delivery‚ÄĒhomey, oddly genteel, buoyed, internally echoed‚ÄĒsounds distinctively like, well, Jimmy Stewart. As Cage‚Äôs McDonagh gets more strung out and laconic, he recalls Stewart in Rope, interrogating suspects at 16 RPM. ‚ÄúWhatever I take is prescription,‚ÄĚ he tongues, ‚Äúexcept for the heroin.‚ÄĚ What Cage has that‚Äôs all his own, though, is a screaming alto sax of a shout. Its power might be diminished from indiscriminant overuse, but it‚Äôs still a marvelous honk. In one scene of absurd burlesque, McDonagh trails a young couple outside a dance club and shakes them down for drugs. Rather than apprehending them, he snorts their coke and fucks the apparently game girl at gunpoint while the hapless boyfriend watches. It‚Äôs all a joke, of course, plausibility squandered in exchange for wacky, ramped-up free-association until Herzog toggles over to the boyfriend who tries to wander off. Cage, mid-fuck-thrust, swivels and fires his long pistol into the air and then near the boy. ‚ÄúYou stand there and you watch!‚ÄĚ he shout-cackles, terrorizing through absolute volume.

Outside of Kilmer, the rest of the cast plays it straight, letting Cage snort up the scenery. Eva Mendes (as McDonagh‚Äôs call-girl lover and drug buddie), Michael Shannon, and even a beer-drunk Jennifer Coolidge dutifully hit their marks before moving along like bit players on Law and Order: SVU. Furthermore, Herzog largely approaches the film as a standard noir-accented policier. His shooting style is mostly unadorned and direct, but often taken at a lower angle, so that standing figures hover slightly and seated figures seem in solidarity with the ground. His New Orleans is a series of seedy, lived-in spaces and sordid backgrounds. But since foregrounded events are so easily ignored‚ÄĒ Herzog himself seems undistracted by the plot‚ÄĒthe city settles in as a sober antidote to the farce. In his documentaries, Herzog often lets the camera roll on a subject‚Äôs unspeaking face for several uncomfortable beats, and he does something similar here. Whether it‚Äôs a nature doc or a neonoir freak-out, people in Herzog‚Äôs frame are specimens for detached inspection. Animals too. After all, it wouldn‚Äôt be a Herzogian pseudo-philosophical fable of man versus nature unless some random creatures wandered onto the set.

In two signature moments, Herzog veers from the crime-show template to shoehorn in shots of put-upon reptiles. First he lingers on alligator roadkill, far more tantalizing than Fairuza Balk as a lusty highway patrolwoman. Then a super-high Cage stumbles into a stakeout and sees two beasts plopped in the foreground. ‚ÄúWhat the fuck are these iguanas doing on my coffee table?‚ÄĚ he asks, a line both hilarious and confounding because a) this isn‚Äôt his apartment, b) it‚Äôs not a coffee table, c) according to Kilmer there are no iguanas, and d) one of these iguanas is being played by a common lizard. Then we switch to a video recording taken from the extreme surface of the iguanas‚Äô face, eyes and fangs as Johnny Adams croons ‚ÄúRelease Me‚ÄĚ on the soundtrack. In the background Cage looks directly into the lens and grins. They‚Äôve stopped the silly fiction cold to marvel at the reptiles. It continues for several long minutes, and as a fourth-wall smashing, bewilder-the-moviegoer stunt, it‚Äôs thrilling.

But where do you go from here? The sequence is a tacit admission that this story, text, and world are bollocks. So Herzog and Cage turn up the crazy after this, covering over the rupture with balls-out entertainment. Cage‚Äôs hobbled Igor becomes a snowshoe Frankenstein as he moves between his addictions, a high-profile homicide case, gambling debts, his girlfriend, his father, his guilt. Maximizing absurdity, he impulsively drives to Biloxi with Mendes, an underage murder witness, and a Labrador retriever. Later Cage stalks an old woman in a nursing home, and the camera reveals him behind a bedroom door grooming with an electric razor. A minute later he‚Äôs pulling an oxygen tube from the woman‚Äôs nose and taunting, ‚ÄúSuck it up, that‚Äôs a girl.‚ÄĚ Soon he‚Äôs fixing football games, selling out his colleagues, working for a murderous drug lord, and watching the souls of dead men dance. Cage ramps up to literal hysterics; Herzog races to a casually cynical climax. A coda puts Cage on the floor of an aquarium, smiling beneath‚ÄĒas Herzog would call them‚ÄĒ‚Äúsea creatures.‚ÄĚ

The truly, deliriously mad Abel Ferrara should be heartened. His Bad Lieutenant is still as passionately and harrowingly depraved as ever. Herzog‚Äôs movie just plays crazy.