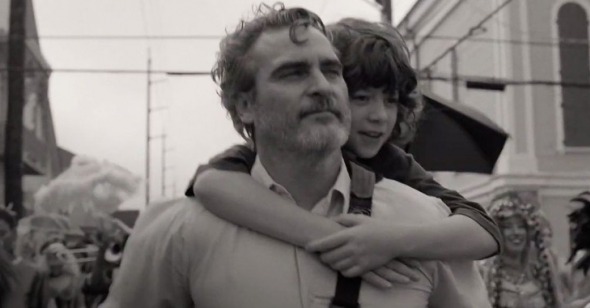 Mike Mills is an unapologetic and slightly unfashionable sentimentalist, his films brimming with pride and affection for the people, places, and things that made him the person he is today. In Beginners (2010) and 20th Century Women (2016), the writer-director plumbed his family‚Äôs history to create two enormously personal works that, for all of their effusion and tenderheartedness, remained admirably clear-eyed about love‚Äôs frustrating limitations. Both films hit on the precise ways in which the generational divide that separates a man and his long-closeted father or an adolescent and his spinster mother can never entirely be bridged but is so often widened through nursed grievances and failures to communicate. Hard as we may try, kinship, even at its deepest and most devoted, does not guarantee understanding or even a durable, tangible connection.

Compared to the unveiled autobiography of the parent-son duets in Beginners and 20th Century Women, the filmmaker‚Äôs attachment to the familial dyad at the center of his latest effort, C‚Äômon C‚Äômon, may not be as instantly identifiable. Joaquin Phoenix plays Johnny, a radio journalist affiliated with a WNYC/NPR-esque station. When we meet Johnny, he is in Detroit working on an interview series in which he and a colleague (played by the actual WNYC correspondent Molly Webster) visit various American cities to speak with children and teenagers about the state of the nation and the wider world in this turbulent century, as well as the worrisome future that awaits them. In the midst of this demanding project, Johnny‚Äôs sister Viv (Gaby Hoffmann), an L.A.-based writer and academic, asks him to look after her nine-year-old son, Jesse (Woody Norman), as she attends to a crisis in Oakland involving her bipolar ex-husband and Jesse‚Äôs father, Paul (Scoot McNairy). When Paul‚Äôs condition grows dire, Johnny‚Äôs weeklong guardianship of Jesse is extended, requiring him to shuttle the nephew he barely knows back to his own home in New York and, later, New Orleans as he conducts his interviews. Misadventures, meandering, and fallings-out ensue, all of them given a romantic air by the silky black-and-white photography of the suddenly in-demand DP Robbie Ryan, with additional camerawork by Kelly Reichardt mainstay Christopher Blauvelt.

Actors understandably gravitate to Mills, who has an undeniable gift for creatively casting well-known performers. Mills places his actors‚Äô foremost attributes in new and fitting contexts, studying and getting to the bottom of the self-regarding swagger and glassy opaqueness of, respectively, Christopher Plummer and M√©lanie Laurent in Beginners or the brittle, worldly-wise edge of 20th Century Women‚Äôs never-more-masterful Annette Bening, even as he pays tribute to them, flattering their talents and fleshing them out. In C‚Äômon C‚Äômon, there is a poignancy to Mills‚Äôs use of industry veterans and former child actors Phoenix and Hoffmann, one the middle sibling in a tribe of thespians, the other the daughter of a Warhol Factory icon, both hailing from bohemian families, often with the lurid, intrusive glare of the limelight trained on them and their famous relatives. Here, the two credibly outline the relational drift that occurs between adult siblings in the wake of caring for a sick parent. (C‚Äômon, C‚Äômon‚Äôs central narrative is set a year after the dementia-induced death of their mother, glimpsed in flashback during her final days in hospice, a woman we are told treated her son with adoration and her daughter with critical apprehension.)

Phoenix reminds us of how affecting he can be in a relaxed register, giving his oft-showcased virtuosity a much-needed rest and shedding the sheen of a world-class movie star. Similar to the bonds he established with Gwyneth Paltrow and Vinessa Shaw in Two Lovers (2008) and, more briefly, Amy Adams in Her (2013), Phoenix‚Äôs rapport with Norman is essential to the film‚Äôs emotional pull: the gangly, mop-topped actor leads Phoenix outside of his head, prevailing on him to interact in the present-tense, and uncovering shades of sweetness, sheepishness, and rue that are seldom evinced in the actor‚Äôs far more lauded turns. But the most valuable player here is Hoffmann, a standout in the ensembles of Obvious Child (2014) and Transparent (2014-2019) and one of the most authentic actors working today, who shows us something of ourselves or those we know every time she steps in front of a camera, as though she‚Äôs just stepped away from a sink full of dirty dishes or a stack of ungraded papers. Hoffmann, often acting in isolation, iPhone pressed to her ear, as Phoenix and Norman traipse around Dimes Square, epitomizes a specific type of maternal depletion that is the toll of near-selfless dedication and makes Viv into a worthy, rounded successor to 20th Century Women‚Äôs Dorothea and Mary Page Keller‚Äôs inscrutable, sidelined matriarch in Beginners.

Mills is as attuned to the sorrows and sacrifices of adulthood as he is to the messiness of 21st-century childhood. The filmmaker, who has a nine-year-old son with longtime partner Miranda July, and Norman create an accurate, unidealized portrait of American boyhood that should be recognizable to anyone with a boundlessly and exhaustingly precocious child in their immediate circle. C‚Äômon C‚Äômon‚Äôs middle, New York‚Äďset chapter derives much of its conflict from Jesse‚Äôs mercurial moods, startling morbidity, petulant fits, conspiracy theorizing, cavity-inducing eating habits, and inconvenient surges of energy. Mills dramatizes all of this with the judgment-averse empathy of someone who knows adults are often guilty of these same behaviors, the traits we never completely age out of but simply get better at curbing or else concealing. As Jesse susses out his father‚Äôs medical needs, the urgency of which has been kept from him by his mother and uncle, Mills lingers on the ability of children to see through their elders‚Äô efforts to dissemble and deceive them. To Mills‚Äôs credit, Jesse is not a dynamo or cherub soliciting automatic adoration, but a curious, complicated, and occasionally tiresome child.

The honest characterizations of Phoenix, Norman, and Hoffmann keep Mills‚Äôs road movie grounded and engaging even in the moments when his already lax narrative incidents grow trivial through sheer repetition‚ÄĒe.g., Johnny losing Jesse twice in the Lower East Side or the numerous scenes centered around their public squabbles. Perhaps compensating for these lapses, Mills indulges in his habit of cluttering his films with material that steals us away from the narrative proper. Even a film as rewatchable as 20th Century Women, for all of its heart and wisdom, can admittedly prove somewhat exhausting, strewn as it is with vintage memorabilia, needle-drops, critical readings, and audiovisual citations that range from a 1979 address by Jimmy Carter to Godfrey Reggio‚Äôs Koyaanisqatsi (1982). Mills and his editors (on C‚Äômon C‚Äômon, it‚Äôs Jennifer Vecchiarello) aren‚Äôt building collages so much as adorning Mills‚Äôs work with the art objects and foundational texts that inform his artistry, but these also occasionally clog his films and deter investment from his fully dimensional characters. It can feel at times as though he doesn‚Äôt trust his skills as a dramatist or that he‚Äôs fretful of letting his films linger, even for a breath, in the quiet, inactive lulls and fraught pauses of everyday life. Mills is more adept with flashbacks, which serve the same purpose in C‚Äômon C‚Äômon as they did in his past films, deepening our knowledge of his characters and strengthening our burgeoning feelings for them. (A mid-film montage of some average and other more trying days in the life of Hoffmann‚Äôs Viv is particularly lovely.)

Despite Mills‚Äôs best efforts, his fussed-over films can teeter into preciousness, especially in the concluding reunions and resolutions that cohere a little too neatly. Patness isn‚Äôt exactly the problem in C‚Äômon C‚Äômon‚ÄĒits ending is actually one of the more open-ended in Mills‚Äôs filmography‚ÄĒas much as its dubious blending of fact and fiction as Mills draws on the real children whom Phoenix and company interview to offer a larger, polyvocal commentary by and about American youth. In Detroit, Johnny speaks to children who debunk, with no small exasperation, the mainstream image of their home as a hopeless, crime-infested, educationally inferior slum. In New York, we hear from, all too briefly, the sons and daughters of immigrants overburdened with the dreams and defeats of their parents. In New Orleans, we meet several children, including, most memorably, Devante Bryant, who speaks with such endearment and animation in his lone scene and to whom the film is dedicated. Bryant, who lived in the city‚Äôs 7th Ward, was killed by gun violence in July of last year; he was only nine.

A schism cracks open in the film, never to be reconciled. Mills has encouraged us to assume a certain useful goodness from this project, even though its specifics and end result remain hazy. In C‚Äômon C‚Äômon, the fictional resides uncomfortably next to the real, reminding us that these are actors (and yes, one actual radio journalist) speaking to children whose worlds they will enter and depart, passing on their experiences and opinions to a good, left-leaning listenership. A reading from a treatise on documentary ethics by Kirsten Johnson just sits there on screen, the words of a great, all-seeing nonfiction filmmaker, neither shedding light on Johnny‚Äôs work nor the film‚Äôs transitory incorporation of real, often precarious lives.

When an artist like Johnson, in her work as a documentary cinematographer, trains her camera on a subject, it is a tacit invitation to join her in the telling of a story‚ÄĒthe subject‚Äôs, not hers. When Mills invites these American kids to speak, it is to bolster and give credence to the story of a child who, despite his familial turmoil, comes from a more privileged upbringing than many of the young subjects of his uncle‚Äôs interviews, a child for whom food, clothing, shelter, schooling, and healthcare are all requisites to be taken for granted, not daily and uncertain concerns. They function as a kind of real-world window-dressing, never more so than when Jesse finally, inevitably participates in his uncle‚Äôs project. His scripted response, a message of persistence in the face of life‚Äôs toughness that gives the film its title, is rather insipid, bordering on noxious; in this case, far too much credit has been given to the words that emerge from the mouth of babes.

‚ÄúChildren are man at his strongest,‚ÄĚ Lillian Gish indelibly declared in The Night of the Hunter (1955). ‚ÄúThey abide.‚ÄĚ Or do they? Mills arrives at a similar conclusion by the end of C‚Äômon C‚Äômon as Jesse unnervingly repeats the film‚Äôs title to his uncle and his listeners. But what is the point of praising the ability of children to overcome life‚Äôs impediments, as if the failure to do so is a psychological defectand not a reflection of the very structures of oppression (like the carceral state, which has directly touched the life of one of Mills‚Äôs New York participants) working as they were intended to‚ÄĒand on the most susceptible of targets? These questions cannot help but cloud the textured performances and astute observations of C‚Äômon C‚Äômon, yet another labor of love by Mike Mills. However, sometimes, love isn‚Äôt enough.