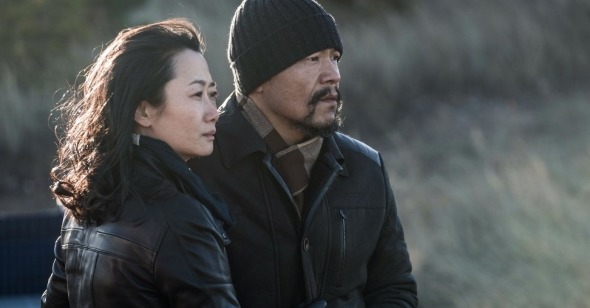 Running in Place
by Adam Nayman

In his superb BFI monograph on Jia Zhangke’s first three features, Xiao Wu (1997), Platform (2000), and Unknown Pleasures (2002)—the loose trilogy of defiantly independent productions that thrust their creator on the world stage even as his country’s cultural authorities disavowed their existence—Michael Berry quotes the director on the unexpected inspiration for his debut. While critics have correctly located both Robert Bresson’s Pickpocket (1959) and Vittorio De Sica’s Bicycle Thieves (1948) as models for Jia’s project—crime and punishment metaphysics filtered through street-level neorealism—he’d more directly wanted to dramatize the experiences and ethos of a petty crook named Donkey. “I realized,” the director said years later, “that even pickpockets have their system of honor.”

The theme of honor among thieves—and its embedded suggestion that outlaw principles are a form of resistance in a fundamentally lopsided society—is fulfilled at epic length in Jia’s new crime drama Ash Is Purest White, which is paradoxically closer to Xiao Wu than any other work in its director’s filmography even as it contains far more explicit callbacks to the movies in between. At Cannes, critics made a (valid and valuable) game of toting up the self-citations on display in Jia’s twelfth feature in 21 years, noting sequences, scenarios, and settings derived from Unknown Pleasures, Still Life (2006), and A Touch of Sin (2014), all woven together by the presence of the filmmaker’s wife, Zhao Tao, cast axiomatically as the protagonist in a movie that uses two decades of personal cinematic history to trace the large-scale development of the world’s most populous country. As such, there are as many ways into Ash Is Purest White as there are entry points to Jia’s career, but Xiao Wu is the primal scene for both its sense of underworld propulsion and its thesis that the more things change, the more people stay the same; that survival is as much a matter of stubborness as of adaptability.

The opening scene of Ash Is Purest White was shot in 2001 as part of a different project, five years after Xiao Wu, and its ruddy digi-cam textures deliberately recall the older film—and with it the feeling of spontaneity and freedom inherent in its maker’s off-the-grid beginnings. The key shot of this overture is of a baby on a bus, an image connoting origins, or perhaps a society in a new state of infancy after the transfer of Hong Kong’s sovereignty a few short years earlier. In Xiao Wu, the reluctance of the main character (Hongwei Wang) to straighten up and fly right like his college pals could be read as wariness about China’s transition or as an illustration of the contradictions of full autonomy; time and again, Xiao Wu makes his bed and lies in it, but even handcuffed and humiliated at the film’s climax, he has his pride. At a glance, it might seem that his analogue in Ash Is Purest White is Bin Bin (Liao Fan), a low-level gangster who espouses a skin-of-his-teeth philosophy even as he lives large-ish in the dusty suburb of Datong. But it’s his girlfriend Qiao, played by Zhao in what must be her greatest performance to date, who steadfastly embodies the idea of “honor among thieves” to the point of exaltation—and maybe to a fault.

Although its unmistakable theme song is The Village People’s “Y.M.C.A.” —a choice cut that connects to Mountains May Depart’s similarly insistent use of the Pet Shop Boys’ Communist-kitsch cover version of “Go West”—Ash Is Purest White could be described, in plot terms, as a variation on a country staple: “Stand by Your Man.” That baby on the bus doesn’t belong to Qiao, but it might represent the stability and domesticity that she spurns (or is maybe just subconsciously delaying) via her devotion to Bin, whose big-shot mobster act is less convincing than her take-no-shit persona. While Bin and his lieutenants take their cues from Hong Kong action movies (at one point, we see them watching Tragic Hero), Qiao has styled herself as an original, refusing to be overshadowed (or drunk under the table) by the men while exercising an influence only a hair’s breadth away from the glamorous molls of classic Hollywood. The pair’s Bonnie-and-Clyde vibe is a mutual, self-conscious creation, but in unguarded moments—including an idyll in the shadow of a dormant volcano—their love is depicted as honest and unaffected. “Anything that burns at high temperature,” says Qiao, “is pure.”

It’s this purity—of jianghu omerta and romantic devotion—that gets Qiao in trouble and gradually pushes her to the forefront of the action. Twenty years on from Xiao Wu’s hardscrabble textures, Jia has become a master of many forms, from docu-fiction (24 City) to vérité (Useless) to Antonioni-esque social-architectural metaphor (The World), and he daringly styles the narrative pivot point of Ash Is Purest White as an action film, with Bin attacked in the street by a gang of younger, would-be usurpers and Qiao coming to his aid brandishing his discarded gun—a bit of locked-and-loaded Freudian symbolism that establishes her as the potent one in the relationship even as she fires harmlessly into the air. Not only does Qiao save Bin’s life, she proves a true goodfella by wordlessly taking the rap in his place, leading to a prison sentence that sidelines her for five years. From there, the film adopts the form of a road movie, with Qiao trying to locate her disappeared lover in different parts of the country, driven by some combination of indignant anger, sentimental attachment, and belief in shared values.

With its simultaneously horizontal and vertical alignment—moving up and down the class strata even as it proceeds narratively in a long, straight line—the picaresque is an ideal mode for Jia, who’s too intellectually restless a filmmaker to ever just do one thing. So while Ash Is Purest White is absolutely a study of Qiao’s relentlessness as she digs deep into her bag of tricks to locate Bin Bin and to take advantage of people along the way (almost all predatory men who get what’s coming to them), it also ties her trajectory to a more general sense of rootlessness and wandering in a society where opportunity always seems to be waiting just around the corner. Where the 2001 sequences use a pixelated aesthetic to describe a suburb where widespread poverty breeds criminal activity (some of it more harmful than the rest), the 2006 section adopts a more serene camera style to hint at a nationwide beautification initiative—its epicenter being the Three Gorges Dam project, with its implicit out-with-the-old, in-with-the-new mentality.

Still Life examined the social and psychological damage of having the past be washed away, but Qiao—who, in one moment, adopts the precise posture and bearing of Zhao’s character in the earlier film—keeps paddling against the current of change. That’s what her fixation on Bin Bin seems to represent, and the marvel of Ash Is Purest White is how it functions in that rhetorical register while retaining emotional involvement as a melodrama. If there’s something a bit deterministic about Qiao’s arc, which inevitably intersects with Bin Bin at various intervals before catching up to the present (which, of course, is shot in gleaming, unsettling high-definition), that’s just Jia’s temperament, which has always veered towards the fatalistic: Xiao Wu, his first truly liberated character, was also his last.

In Qiao, Jia and Zhao have created a heroine whose contradictions are as vexing and exciting as any in recent memory. By sidelining her own concerns to quest for Bin, she would seem to be a clinging vine, except that the strength and resolve it takes to follow this path evince a loyalty so powerful it becomes a form of fulfillment. Whether her faith lies in Bin’s love or her own capacity to pursue it (or maybe the realization that the two are indivisible), she’s a true believer, a status rendering even the film’s most digressive interlude—an encounter with a UFO expert played by filmmaker Zhang Yibai—part of a larger thematic design. When Qiao seemingly observes an alien craft late in the film, it’s a nod to a similarly neo-surrealist image of liftoff in Still Life, but I also thought of the UFO that hovers over the Coen brothers’ noir homage The Man Who Wasn’t There, a tantalizing visualization of an escape lying just out of reach for its existentially rooked protagonist; here, Bin Bin may be the UFO or else the thing that it would fly her safely away from if only she could climb inside. But she can’t: while Jia’s films countenance fantasy in fits and starts, he’s a realist through and through.

At this point, it’s almost unnecessary to say that Jia is—and will always remain—a superb formalist and magisterial storyteller, and that if you’re on his wavelength, his movies are rewarding in an unwavering way. The semi-commercial breakthrough of A Touch of Sin came without sacrificing rigor or seriousness, and even the semi-derided Mountains May Depart—a movie kicked around by English-language critics who seized upon a self-reflexively funny line about Google Translate as evidence that a great artist had succumbed to the dictates of transnationalism instead of interrogating them from the inside-out—has more to recommend in it than the strongest work of many of his international peers.

Personally, I like Ash Is Purest White more than either of these other estimable “late” works, and not only because it so deliberately evokes aspects of Jia’s early 21st-century ascent. It’s more to do with the move from an ensemble approach—which flattens out and essentializes characters, rendering them components of a larger machine— to something so yoked to individual psychology. That’s not to take away from the other major collaborators here, including cinematographer Eric Gautier (on loan from France) and Liao Fan, who makes Bin a suitably obscure object of desire. Still, the two-way relationship between Jia and Zhao is the main attraction; he gives her the role of a lifetime (in every sense of the word) while she brings specificity to what otherwise might just sit heavily on-screen as allegory. Onscreen, Ash Is Purest White is about what it takes to keep love from burning out—a process as inevitable as the turning of the earth—but its excellence, as well as its existence, is evidence of a genuinely incandescent artistic partnership.