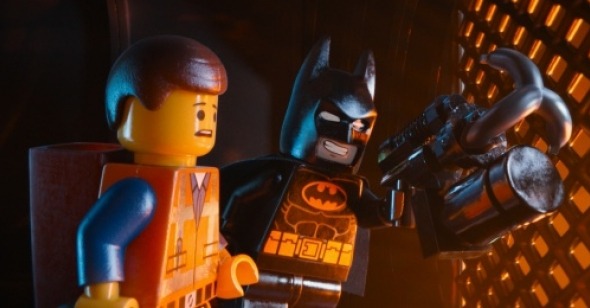 The Lego Movie is a uniter, not a divider. Philip Lord and Christopher Miller‚Äôs film has unlocked the sort of cheerful critical consensus unseen since the middle-late period of Pixar, with the added bonus of delighting Armond White (‚Äúa capitalist tour de force that actively rejects the totalitarian implications of such technological wonders as Pixar‚Äù). Without much competition in the best-movie-based-on-a-child‚Äôs-toy division, it already stands, barely three days into its worldwide commercial release, as a creative outlier and a success story‚Äîa mean feat of reverse engineering, in which the movie is also the ancillary product. It would seem that, to quote the throbbing Top 40 parody wafting through the background of so many of its scenes, ‚ÄúEverything is Awesome.‚Äù

And yet I have doubts about The Lego Movie: perhaps not strong enough doubts to override my appreciation for its good points (of which there are many), but enough to make me cautious about the breathless raves it‚Äôs been getting from critics starved for something‚Äîanything‚Äîto rally around. I‚Äôd say it‚Äôs a fine irony that a movie so determined to satirically skewer groupthink has generated so much of it. Except that The Lego Movie isn‚Äôt all that subversive in the first place, notwithstanding its startling opening passages, where armies of little yellow men and women goose-step stiffly and happily through their flawlessly visualized CGI universe, an image to bring Busby Berkeley and Siegfried Kracauer to the edges of their seats.

Lord and Miller, who together created the excellent MTV animated series Clone High before hot-wiring the 21 Jump Street reboot into a surprisingly robust hit, are having it both ways here, sketching their circumscribed society of plastic people with equal measures of smart-aleck skepticism and unqualified awe. That uneasy combination underwrites everything in The Lego Movie, a film that critiques the rapaciousness of big business (its villain, who aims to Krazy Glue everything in Lego-land into place forever, is actually named Lord Business) yet glories in the marvels of brand extension. Lego‚Äôs expensive supremacy in the realm of copyright law means that in addition to its ‚Äúoriginal‚Äù characters (I use the quotes because they are all blunt archetypes, from the Everyman hero to the punky heroine to the wizened sage inevitably voiced by Morgan Freeman), it features cameos from a host of play-sized (com)icons: Gandalf, Han Solo, and Batman.

For a movie released under the Warner Brothers banner to so mercilessly mock the gray-scale grimness of the Dark Knight franchise is pretty righteous‚Äîit‚Äôs great to see Will Arnett‚Äôs Batman portrayed mostly as a sullen, selfish dick‚Äîand yet I‚Äôm not sure that even Christopher Nolan has produced a blockbuster as ideologically incoherent as The Lego Movie. The story purports to revolve around a ‚Äúpiece of resistance,‚Äù an ill-fitting block that will empower its ‚Äúmaster builder‚Äù owner to rebel against the regimentation around him‚Äîa narrative that gets doubled with the introduction of a real-world framing story linking Chris Pratt‚Äôs perma-smiling hero Emmet with the flesh-and-blood boy controlling him. And yet the ultimate message is less than revolutionary: use our toys however you like, as long as you buy them in the first place. (With its father-son pathos play, the real-world stuff also underlines just how male this hymn to hypothetically gender-neutral building blocks are; considering that Lord and Miller are the guys who had Brie Larson spend the last 20 minutes of 21 Jump Street unconscious while the guys shot each other in the dicks, it‚Äôs hardly a shocker).

I‚Äôm not suggesting that The Lego Movie should have instructed viewers to throw their purchases into an incinerator, of course, only that reviewers trumpeting its postmodern cleverness should be a little more inquisitive about its bottom line‚Äîwhich is also what I thought about the recent Batman movies, which demanded to be taken seriously and proved problematic when taken at their word. It‚Äôs true that movies this skillful and entertaining are rare, but when a feature-length commercial that‚Äôs hip enough to kid its own product as part of the hard sell is acclaimed as an apex of sorts, it‚Äôs a bit unnerving. Some disassembly required, guys. ‚ÄîAN

I‚Äôll have to take you at your word, Adam, on the overwhelmingly positive critical response to The Lego Movie, as this weekend‚Äôs UK preview took me by surprise (I was on parent duty) and I haven't read into it yet. But I decamped from the film with very similar thought processes to yours, even if I came at it from a slightly different angle. There is surely no real subversiveness, but where you saw incoherence, I confess I saw chutzpah‚Äîthe same sort of chutzpah that the writers of The Simpsons demonstrated in their decades-long mastication of the hand that feeds them, the Fox Network. The Lego Movie being little more than a merchandise tie-in for the Danish toyco (a behemoth with a market capitalization over $15 billion, dwarfing Mattel), we might be tempted to approach it from the same critical angle as the recent Super Bowl adverts: okay, you‚Äôre hawking your stuff to our kids, but we‚Äôre coming anyway, so you‚Äôd better make it worth our while. The people tasked with this commission didn‚Äôt go through the G.I. Joe or Battleship motions, or squeeze out a rote, primary-colored animation with a few jokes bunged in for the parents (too common a description for too many films today which aren‚Äôt ostensibly selling anything). Instead, they decided to get their box of bricks and turn it out onto the floor and see what transpired‚Äîand as much as I can‚Äôt get too incensed with the worldwide commercial success of a toy that‚Äôs fundamentally about building things, I‚Äôm pretty glad they did.

The Lego Movie‚Äôs clear aesthetic predecessor (not to say direct influence‚Äîto go any further would be to involve the lawyers) is the delirious 2009 French stop-motion screwball A Town Called Panic. Both films exploit the inherent hurdle of animating toys with limited movement and operate under the same basic creative philosophy: consistency and structure are the enemy, silliness and randomness are the most enriching of bedfellows. The Lego Movie‚Äôs humor is as rapid-fire as its action sequences, and the transitions between its ingeniously childish ideas are as much an illustration of the speed of infant synapses as an opportunity for the makers to pull out the visual stops.

If it begins by openly acknowledging (and satirizing) a Bernaysian utopia of a controlled consumer society‚Äîsomething, incidentally, that the kids of today know all about but the kids of yesterday didn‚Äôt‚Äîthis broader social commentary soon gets jettisoned. In its place comes a demented odyssey which tips the wink to its intellectual property rights in a warm, sincere manner‚Äîwe‚Äôre all in on the joke, but the joke is actually funny‚Äîand champions the merits of rebuilding and combining as opposed to shelving and purchasing. Going the extra mile, it adorns background stock Lego characters (cowboys and construction workers) with snippets of inane dialogue: ‚ÄúDo you think zeppelins are a bad investment?‚Äù; ‚ÄúDo you have any idea what that [turkey leg]‚Äôll do to your colon?‚Äù Perhaps the film's biggest coup is casting two very unfunny actors‚ÄîMorgan Freeman and Liam Neeson‚Äîin key roles and managing to make them both completely hilarious.

The Lego Movie incorporates a good portion of nostalgia in its humor, but it doesn‚Äôt give itself the time to wallow in it. Personally, it made me nostalgic for the days when you could watch and enjoy advertisements without cynicism, because they were genuinely creative‚Äîsometimes even inspiring‚Äîand because you hadn‚Äôt yet grown up to learn (or care) that you were just a target consumer. How did I make my peace with the obvious mixed message? I guess because when we got home, my kids didn‚Äôt ask me to buy them a pirate ship or a Batmobile; they just dragged the box of old bits out from under the bed and got to work. ‚ÄîJA