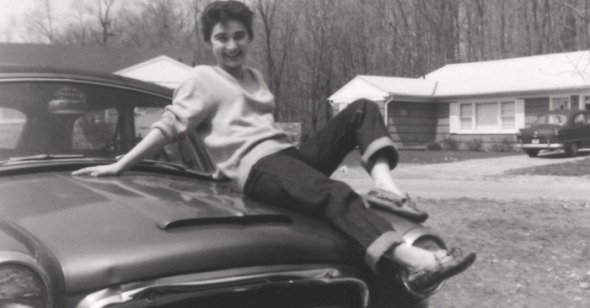 On March 13, 1964, 28-year-old Kitty Genovese was assaulted while walking a few short blocks from the parking lot to her Kew Gardens apartment building in New York. Her attacker, a man named Winston Moseley, stabbed and then attempted to rape Genovese. The call of a neighbor looking out his window deterred the man for a few minutes, during which time Genovese managed to get into her building, but having been stabbed, she didn‚Äôt make it up the stairs to her apartment. Moseley returned to finish her off, and Kitty bled to death in the stairwell. According to the New York Times in an article widely quoted by other publications around the world at the time, thirty-eight witnesses watched from their windows but failed to act.

This story has become something of an urban legend, one that seemingly every American, and many people beyond our borders, has heard in some form or another, from oral telling, film references, or one of those small, inset paragraphs in a psychology, sociology, or history textbook. Kitty‚Äôs death and its sensationalizing in the media created an everlasting collective memory, because it was taken to say something troubling but essential about human nature, like the Stanford Prison and Stanley Milgram experiments (both incidentally also committed to film this past year), almost as if that was its very purpose. This horrific tale became shorthand for passive group mentality, for some cultural decay that had turned human beings into heartless, desensitized voyeurs. Yet for all the times the Kitty Genovese story has crossed my path, I have never heard any of those accounts describe her as a person, talk about her life, evoke the Kitty known to friends and family.

The Witness, directed by James Solomon, delves beneath the case study to engage with the once living, breathing person, through the eyes of Kitty‚Äôs younger brother, Bill Genovese. Haunted by Kitty‚Äôs death and, in particular, the idea of thirty-eight silent bystanders, he investigates the truth of the incident, seeking out former friends and neighbors to complicate conjecture and exaggeration that he, his family, and the rest of the world once thought to be fact. While his stated goal is to find more in the story than what has become a simplistic symbol of human moral decay and apathy, it becomes clear quickly that Bill is really looking for peace, which is difficult to find after so much public scrutiny. Although any death is not easy for the living to accept, as it‚Äôs one of the most profound and confounding of human experiences, there is a special pain that follows one human life intentionally ended by another. Bill‚Äôs pain is achingly palpable, yet his siblings and other family members don‚Äôt seem to be as vocal or action-oriented as he is. I recognize this particular hurt in Bill because I have experienced such pain myself; my father was killed in a terrorist attack on his hotel in Kabul in April 2014, where he was visiting for work with the UN. It is still difficult to hear or even read the word murder because it is a reminder that now this unfathomable thing, this thing that happens to other people, to ‚Äúvictims,‚Äù has happened to me. Although they may not have been the target of an attack, the families of those murdered are nonetheless victimized, and this film is a portrait of that grief, of the trauma that continues to ripple through the days, decades, and even generations that come after it.

At one point in the film, Bill, having gone down every avenue he can think of‚Äîincluding pursing the witnesses, reaching out to his sister‚Äôs killer in prison, meeting with Moseley‚Äôs son, and more‚Äîis so desperate to be free from the specter of Kitty‚Äôs death that he hires an actress to play Kitty in a reenactment of the murder, performed in front of just him. This woman meets Bill in Kew Gardens at a set time in order to run through the street, screaming Kitty‚Äôs very words as she begged for help that didn‚Äôt come in time. This scene is extremely disturbing and not just because it simulates real-life violence. On one hand the moment serves as a reminder that as we can never truly feel the exact nature of another‚Äôs pain, we have no right to judge what he or she might need to alleviate it. On the other, it feels somehow perverse or narcissistic: the sickness of obsession unfolding onscreen, maybe representing a desire in Bill to hold fast to, rather than let go of, this devastating past. Is there a breach of ethics or filmmaking responsibility here? Is it right to encourage or even just passively watch as Bill continues down this hellish path? Certainly he would be searching for the witnesses regardless of the documentary, and has been for some time, but would this reenactment exist without the long-term presence of cameras in his life? Ultimately, however, it is Bill‚Äôs choice, and even if it may isolate some viewers, it remains relevant and compelling in the film‚Äôs portrayal of his grief.

Bill‚Äôs journey onscreen provides a reflection of my worst fears for the future, a life in which the passage of time, said to heal all wounds, will simply never be enough. Even after the detective work, the interviews, the reenactment, Bill has not been soothed. Yet he finds a glimmer of redemption in another clich√© about how to deal with death‚Äîby celebrating the life that preceded it. Witness not only shares the fuller life of Kitty Genovese with the world, it allows Bill to do so, with his siblings, with Kitty‚Äôs friends, and with the next generation of the Genovese family. The latter explained that before Bill began this journey, they too knew Kitty only for her gruesome death, absorbed through news headlines and textbook passages. Discussing Kitty only in passing, or in a lighthearted manner, proved too painful for too long for many family members. Finally discussing her rebellious spirit, her fierce loyalty, her fights and romances, the late nights they spent talking about their hopes for the future: these are the few moments Bill seems to find some respite from his trauma.

Solomon‚Äôs directorial debut does not challenge the form or forge new ground in documentary filmmaking; it is not assembled in an artful way, featuring clunky editing and cinematography that merely seems to get the job done. Nevertheless, it is often surprisingly perceptive, unafraid to shift focus as the storylines steep and deepen. There is a turn within the first third of the film in which it is no longer a cold case investigative adventure, but a psychological portrait of grief, and Solomon conveys this without necessarily having to announce it. The viewer is given the opportunity to see this shift long before the subject is able to articulate it himself, in the way one can read the turmoil of a friend in pain by their face, tone, and actions, words becoming secondary. The film presents a compassionate understanding of loss, and is able to encompass so much in such a short period of time‚Äîpain, loss, guilt, forgiveness, redemption, acceptance. What makes it really remarkable, though, is that it bears witness itself to the past and this crucial juncture at present, and that it captures the moments that lead one man to come to terms with a death that the rest of the world has never let him forget.