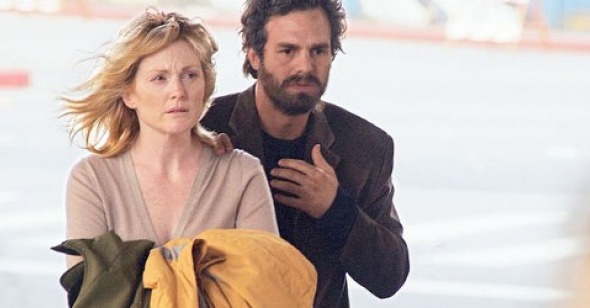 Perhaps a decent film couldn‚Äôt have been made from Jose Saramago‚Äôs Blindness. Like any great work of art, Saramago‚Äôs novel resists transference. A gathering of words beaded into narrative, paced by rhythmic commas that both push forward and trip the eye, organized into paragraphs like economically shaped capsules of character and consciousness, and chapter breaks that arrive suddenly, stranding the reader in portentous white space, Blindness exists fully, necessarily, on the page. Yet, as its title suggests, the novel explores (and exemplifies) the challenges that face any artist in any medium; limitations‚ÄĒin this case a cast of characters incapable of seeing for themselves and for, as they are our proxy, us‚ÄĒpush the artist to create and adapt to new terms. Save for a single crucial character‚Äôs perspective, Saramago refrains from visual description. When reading, the lack is appropriately conspicuous (and chilling) but also exhilarating: what remains seems sharper, and hits harder, than it otherwise might.

If one were to insist on adapting the text, why in the world would one ignore its central aesthetic challenge? Similar to stage-to-film transfers that ‚Äúopen up‚ÄĚ action with camera movements that distract from a scene‚Äôs point of being (Proof, Hurlyburly, among others), Fernando Meirelles‚Äôs Blindness strains to visualize lack of vision. Shots without visual representation (all sound, no picture) are here brief and scarce. It‚Äôs as if the audience‚ÄĒafter 80 post-silent years of cinema-going‚ÄĒwere deemed too immature to be left alone with sound, even for a few seconds. Which of course is bunk, as is Blindness. Forget about Saramago-worthy, this inept film fails on its own degraded terms. Insistent on giving us something to look at, Meirelles can‚Äôt muster a single memorable or essential image.

Aesthetic challenges eschewed, we‚Äôre left with Saramago‚Äôs high-concept plot‚ÄĒthe least distinguished aspect of the novel‚ÄĒwhich screenwriter Don McKellar follows faithfully, gracelessly. Proving yet again that there‚Äôs nothing‚ÄĒnot even the work of a Portuguese Nobel Laureate‚ÄĒthat Syd Field hackwork can‚Äôt improve upon, McKellar hustles the story forward bullet-point by bullet-point. A man (Yusuke Iseya, overplaying) stops his car at an intersection but doesn‚Äôt move once the light turns green. Cars honk, bystanders bark, but the man can‚Äôt proceed because he‚Äôs suddenly gone blind. Not total blackness blind, but an impenetrable milky white. A Good Samaritan (McKellar, whose offbeat asshole shtick‚ÄĒExotica, Last Night‚ÄĒhas reached its unwatchable apex) too readily volunteers to drive him home, then makes off with the car. The man‚Äôs wife returns home and rushes him to an eye specialist (Mark Ruffalo, bored) who‚Äôs stumped by the man‚Äôs condition. The next morning the doctor himself wakes up blind. Convinced that some kind of outbreak is afoot, the doctor alerts his superiors and is soon shuttled away to a quarantine site. Determined to accompany him, his wife (Julianne Moore, evoking fonder Children of Men memories) pretends that she too is blind. Meanwhile, those who came into contact with the infected two‚ÄĒthe thief, patients, bystanders‚ÄĒalso fall victim and are sent to join the doctor and his wife in a decrepit, moodily lit old hospital. Every day brings dozens more, their arrival heralded, Catskills pratfall cymbal-crash-style, by pathetic run-ins with metal furniture. Thus begins a prolonged second act of the blind leading the blind into abject anarchy.

Without the novelty of experienced sightlessness, the only character we can sidle up to is the doctor‚Äôs wife. Bearing the load better than the film deserves, Moore registers a depth of horror that is otherwise not reflected in Meirelles‚Äôs silly, desperately hyperactive storytelling. When all else fails, he languishes on a group rape scene, easily the longest sequence in this attention deficient film, thrusting the camera right up against dark shadowy faces and filthy clothes torn. True to the film‚Äôs exploitative heart,Moore gets bloody payback on behalf of the ladies, but this time the money shot‚Äôs in the dark.

Have I mentioned yet that Danny Glover shows up with an eye patch and transistor radio and provides everyone in quarantine with a zippy fireside chat summation of what‚Äôs goin‚Äô on in the outside world? ‚ÄúThe people were terrified, casualties multiplied‚ÄĚ he sing-songs, oddly enthusiastic. It turns out the strange affliction continues to spread, and still no one knows how or why. Glover‚Äôs exposition makes the whole gang, many half naked (who needs clothes‚ÄĒwe‚Äôre blind!), seriously bummed. So Glover turns on the old transistor and plays them a toe-tapper. Literally: all are shown tapping their grey-socked toes, a gauzy moment of collective grace amidst hell, Shawshank‚Äďstyle.

Meirelles, whose histrionic City of God and ponderous The Constant Gardener put him on the fast track to middling Oscar bait like Blindness, here spirals into embarrassing derivations and clumsiness. Finally sprung from Lord of the Flies meets Oz captivity, Moore leads our core, racially representative group (minus McKellar, who, early on, is thankfully shot in the face) through every charred-out abandoned city ever encountered in science fiction. Humans are animals, some are also naked, and all would kill for canned goods. Fires burn, waste drifts, then a dog arrives, slobbering ‚Äúhope‚ÄĚ all over Moore‚Äôs gratified face. Glover later opines, ‚ÄúFor me nothing has been better than being blind.‚ÄĚ Putting aside the indelicacy of that doozy, if it merely spared me the sight of Blindness, I‚Äôd believe it.