Crossing the Bridge: The Sound of Istanbul 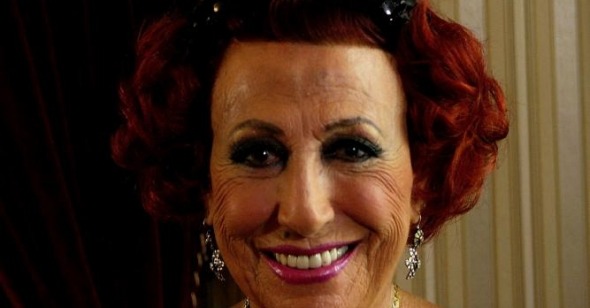 I always find a bit dismaying those moments in globetrotting documentaries when it‚Äôs giddily revealed that, centuries of local culture notwithstanding, the kids in these far-flung locales actually just live for Top 40 hip-hop. Mine is not an old curmudgeon‚Äôs grumbling gone global but a frustration with the smug feeling of inevitability implicit in these proudly presented Western eruptions. It‚Äôs as if, well, of course, American pop culture is what anyone, anywhere around the world, given the chance, ultimately and in his or her truly most fulfilled democratic and individualistic state, wants. As signaled by the title (and articulated by a musician early on), Crossing the Bridge is highly conscious of this kind of cultural transition and journey, though the initial emphasis is not on the inevitable hegemony of the West but on the false projection of a divide between East and West‚ÄĒwhich music happily ignores. Put that way, the early visits with bands working out psychedelic-rock and grunge styles and a guy motormouthing blustering raps to the camera first off at least seem less disappointing (though the ‚ÄúIstanbul Style Breakers‚ÄĚ we can do without).

But more importantly, Crossing makes its strongest commentary on matters East-West through its structure‚ÄĒan order of presentation that reverses the usual narrative of Westernization as progress: the Turkish pyschedelic rock and hip-hop do not come at the end of a survey of the country‚Äôs native forms as if in culmination, but are merely early stops along the way. The climactic triumphs of Turkey‚Äôs music, the longed-for destinations, are properly all its own: a band of mangily appealing buskers, a shiver-inducing Kurdish dirge singer, and a couple of motherland superstars: Arab-inflected mega-lutist Orhan Gencebay and the queenly Sezen Aksu singing ‚ÄúMemories of Istanbul.‚ÄĚ

Akin‚Äôs documentary rolls along freely, though, without pressing this idea, because the director is falling into a warm embrace‚ÄĒa softer counterpart to his prickly breakthrough Head On, whose own wrenched-apart ethnic identities and punk-rock ardors nevertheless linger in the echoes of this doc‚Äôs music. The burdened Turkish-German characters of Head On began by violently forgetting their inherited culture, a struggle which Akin, in a self-described ‚ÄúBrechtian‚ÄĚ gesture, broke up with ‚Äúpostcard‚ÄĚ entr‚Äôactes featuring a classical Turkish singer with accompaniment singing at riverside (a figure who appears, almost as if a meta-celebrity, in the person of a 86-year-old diva with suited ensemble, far along into the doc). Here the movement is from the present into the past, recalling Akin‚Äôs comments about Head On reminding him of the maddened spirit underneath both punk and Turkish love songs (some on display here), in their embrace of self-maddening and -consuming frenzies of passion that make amour fou sound creampuff. The Kurdish dirge unleashed (and then, perhaps, ‚Äúmaintained‚ÄĚ is the word) by singer Aynur in a hamam (steam bath) transports one to an entire moonlit desert of want.

Crossing the Bridge, as a sidenote, features Alexander Hacke (bassist for Einst√ľrzende Neubaten) as our rumpled companion, blessedly ignorable at the margins despite his role in recording, blending in as one of the many music-lovers and ‚Äďmakers who say their peace here. One in the group of street musicians extols ‚Äúthe street,‚ÄĚ even as another cautions against ‚Äúromanticizing concrete,‚ÄĚ and Akin‚Äôs willingness to include the latter comment epitomizes an adoring, nimble music doc that does more than just sound good, whether majestically extending into infinity or skittering away on lutes with wine-stained fingers in gypsy bars.