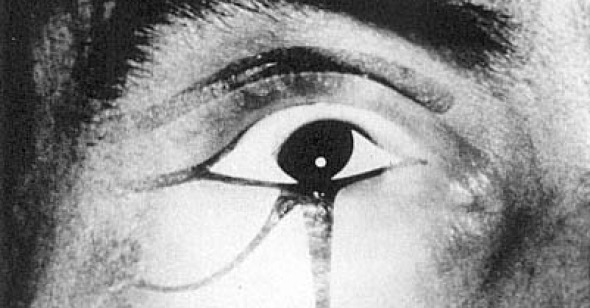 Though it‚Äôs the second Kino compilation assembled from the archives of experimental film promoter and collector Raymond Rohauer, Avant-Garde 2: Experimental Cinema 1928-1954 could easily be subtitled ‚ÄúBeginnings.‚Äù The most important material on the first Avant-Garde double-disc featured European classics of the Twenties and Thirties, but with its follow-up we sail to the other side of the Atlantic to witness the birth of the American underground in the Forties and early Fifties. The first collection accurately represented the minor accomplishments of Yank efforts in the silent and early sound era; the second charts the initial gains made in the postwar era by artists involved in a narrowly situated but deeply committed countercultural renaissance that absorbed the lessons of the previous generation of Europeans even as it produced wholly original work. Fewer films are included this time around that can be inarguably considered canonical; instead, there are a plethora of bold debuts and tentative origins.

Avant-Garde 2 fails to offer a complete primer on the movement, however, due to three notable absences: the work of Maya Deren, Joseph Cornell, and Kenneth Anger. Placing them to the side (Rohauer couldn‚Äôt collect everything, could he?), the major pioneers of the period that came before the American avant-garde crested in the late Fifties to mid Sixties are all in attendance on the collection‚Äôs first disc: Willard Maas, Marie Menken, Sidney Peterson, James Broughton, Gregory Markopoulos, and Stan Brakhage. That period‚Äôs two seminal achievements‚Äîalong with nearly the entirety of Deren‚Äôs oeuvre‚Äîare accounted for in Maas‚Äôs Geography of the Body (1943) and Peterson‚Äôs The Cage (1947). The former brings to cinema an unconventional depiction of the nude figure, with Maas‚Äôs extreme close-up photography transforming familiar parts into exciting, undiscovered terrains of flesh, an erotic revolution in vantage point that would inform everything from Carolee Schneemann‚Äôs Fuses to Brakhage‚Äôs entire film philosophy. The Cage, along with Meshes of the Afternoon and Fireworks, is the best example of America‚Äôs take on European Surrealist psychodrama. Peterson‚Äôs slapstick sex symbolism may borrow from the frightening imagery and illogic of Man Ray and Jean Cocteau in its story of artistic vision gone awry‚Äîwhile also making extraordinary use of an anamorphic lens to tell the story of a painter‚Äôs rebellious, free-floating eyeball‚Äîbut his sensibility is uniquely American, grave and kooky at the same time.

The biggest treasures to be found on disc one are four early, and rarely seen or discussed, Brakhage films, starting with his debut, Interim (1952), and ending just before the breakout Desistfilm (1954). Young Brakhage was heavily influenced by Italian Neorealism, so it‚Äôs unsurprising to find Interim and Unglassed Windows Cast a Terrible Reflection (1953) built around gloomy narratives in which the physical environment is as important a character as his existential heroes. While neither bears much relation to the soon-to-come psychodramas or later abstractions Brakhage would make his signature art, both display an impressive command of composition and pacing, and both‚Äîin Interim‚Äôs story of a young man and woman who stumble into and out of a romantic kiss as they take cover during a rainstorm (scored beautifully on piano by an also young James Tenney) and in Unglassed Window‚Äôs tragic alpha male contest for a woman inside an abandoned house‚Äîbegin the director‚Äôs preoccupation with frustrated sex. The influence of Rossellini and Antonioni are there in the use of incomplete and oppressive structures to visualize angst, while the frequent cutaways to trees and sky prefigure the filmmaker‚Äôs Thoreauvian return to nature.

If Interim and Unglassed Windows comprise a fitting start to Brakhage‚Äôs career, The Extraordinary Child (1954) is a shocker, a surrealist silent comedy homage starring Walt Newcomb (Brakhage‚Äôs surrogate in the other three films) as a baby who terrorizes his parents. With persistent mugging by Yvonne Fair, Larry Jordan, and Brakhage himself, it‚Äôs a pretty bad film but also a jaw-dropping curiosity‚Äî‚Äúeven precocious directors stumble along the road to genius,‚Äù might read an opening title card. The Way to Shadow Garden (1954), however, is as far from this light romp as possible and, usurping Desistfilm, lays persuasive claim of being the first ‚Äúreal‚Äù Brakhage film. An unsettling soundtrack of whistles, creaks, and moans complements the adventures of a young man, played by Newcomb, who spends a restless night in a possessed apartment (Brakhage‚Äôs patented handheld camera movements create the foreboding mood) until in an act of desperation he gouges out his eyes and enters a magical ‚Äúshadow garden‚Äù of foliage. The final act of this eleven-minute film is simply stunning: not only does it contain the first instance of a Brakhage protagonist enacting physical self-destruction in pursuit of ‚Äúunruled,‚Äù ‚Äúunprejudiced‚Äù vision, but it also realizes the same by violently shifting to inverted images for the exhilarating denouement. Perhaps Shadow Garden‚Äôs viewers didn‚Äôt know it at the time, but watching the film now, it‚Äôs as clear as day‚Äîwe‚Äôre watching an artist discover his calling right in front of our eyes.

Other filmmakers‚Äô first steps are equally impressive. Gregory Markopoulos is represented by Christmas, U.S.A. (1949), a short that confidently displays the rapid, elliptical montage patterns he would eventually master in even more complex configurations. Marie Menken‚Äôs debut, Visual Variations on Noguchi (1945), is minor, but nonetheless consistent with the camera-to-object (in this case, the Japanese sculptor‚Äôs work) ballets she would go on to make her trademark. James Broughton (co-director with Sidney Peterson on The Potted Psalm (1946), also featured here) brings to Adventures of Jimmy (1950), the lesser-known follow-up to Mother‚Äôs Day, an emotional candidness and ironic poetry central to his quasi-beat style.

The solid quality of the films on the first disc is echoed by the improvement Kino has made to the format of the first Avant-Garde: instead of forcing viewers to listen to new, added on soundtracks for silent films, we‚Äôre now offered the option of turning them off.

Oddly, disc two travels back in time for two late-Twenties American shorts before heading off to France for three late-Forties/early-Fifties films, including the epic Lettrism manifesto, Jean Isidore Isou‚Äôs Venom and Eternity (also known by the far better title Treatise on Slime and Eternity, 1951). From the former group only James Watson and Melville Webber‚Äôs expressionist adaptation of The Fall of the House of Usher (1928) is of any note, while two of the three later films, Jean Mitry‚Äôs Pacific 231 (1949) and Dimitri Kirsanoff‚Äôs Arriere Saison (1950), serviceably employ techniques that had reached their fulfillment thirty years prior. Venom and Eternity is supposed to be the cherry on the cake‚Äîa rarely seen controversial feature with 34 minutes of restored footage. But if you‚Äôve ever come in contact with the noodling of Guy Debord‚Äôs Situationist audience-challengers, you might want to hold back your anticipation. Isou‚Äôs film is an indulgent (even by avant-garde standards) experiment in the complete separation of sound and image tracks‚Äîone containing story narration, the other containing unrelated disfigured found and original footage‚Äîprefaced by an endless explanation of the director‚Äôs unprecedented courage and artistry in dealing out such a slap in the face to cinematic etiquette. The film supposedly sparked a riot at Cannes, but today it would most likely provoke nothing but walkouts and naps‚Äîit‚Äôs one of those intellectual exercises that ‚Äúdeconstructs‚Äù the medium for theoretical purposes and theoretical purposes only. That this bore exists on the disc alongside American films that were contemporaneously toying with similar sound/image dialectics (Geography of the Body, for example, perfectly offsets its biological cosmos with ethnographic narration) but unafraid and unashamed of emphasizing visual beauty says everything one needs to know about the state of European and American experimental film of the time: while the French were walking the walk, Americans were talking the talk by making actually relevant pictures.