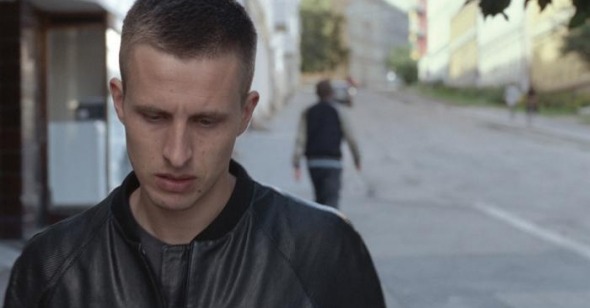 Le feu follet is a novella about a suicide, by the French author (and prominent fascist activist and collaborator) Pierre Drieu de la Rochelle. It’s named after a naturally occurring phenomenon—“foolish fire”—which is believed to arise from a chemical combination of methane (from decomposing plants) and hydrogen phosphate (from decomposing animal cadavers) and takes the shape of a small, flickering flame appearing just above the ground, then rapidly burning itself out. La Rochelle saw in Alain Leroy, the main character of Le feu follet, a dying flame on the cusp of extinction—a jet-setting Versailles dandy who had blazed a lifetime in his twenties but, upon returning from a lengthy stint in rehab, was driven to suicide by his inability to bridge the generation gap. Leroy was portrayed, quite unforgettably, by Maurice Ronet in Louis Malle’s exhilarating 1963 adaptation (U.S. title: The Fire Within) as a poster boy for bourgeois anguish—a sexy J. Alfred Prufrock.

For a young director such as Joachim Trier to revisit canonical material of this kind (Oslo, August 31st is an adaptation of la Rochelle's book as opposed to a remake of Malle's film) and transpose it to 21st-century Oslo is not a little ambitious. But where la Rochelle held what amounted to an unforgivably romantic view of suicide, which the young idealistic Malle embraced, Trier (only a distant relation of Lars) has opted to strip away their stylistic floss to forge, in a soberly formal style, a raw and relevant portrait of Scandinavian suffering.

In recent years, the popular cultural output of Scandinavia (seen by occidental Europeans for decades as an oasis of unfussy, civilized liberal tranquillity) has noticeably taken on a much darker hue. The novels of Stieg Larsson and Jo Nesbø sell by the bucket-load while quality TV procedurals such as Wallander, The Killing, Borgen, and The Bridge fixate on Islamic terror and economic doom, exposing the poisonous underbelly of outwardly welcoming cities like Copenhagen, Malmo and Oslo. In July 2011, just two weeks after Olso, August 31st opened in Norway, 32-year-old Anders Behring Breivik placed a car bomb in the center of the city, escaped to the coast and opened fire with an automatic rifle on a student summer camp. By killing 77 people in the space of a couple of hours, he had trebled the annual average of murder victims in the whole of Norway. It is within this climate of uncertainty and dread that Oslo, August 31st finds its place. Where Malle had used as his 1963 backdrop a swinging Paris, tainted by the blowback from the Algerian war (bombings courtesy of the right-wing terrorist group the OAS—romanticized for its own part by The Day of the Jackal), Trier’s eponymous setting is brought to the fore as a place of simple beauty, stained by disillusion and anguish. By changing the title and the focus from Le feu follet to Oslo, Trier also widens the scope of the problem (essentially the humanist issue of “growing up”) from an existential indulgence to a symptom of national malaise.

Trier’s Anders, the protagonist of Oslo, August 31st, on a day release from rehab for a job interview, introduces himself to us by attempting suicide at the very outset of the film (a clumsy attempt at drowning that, in its directorial restraint, packs an early gut-punch, despite our knowing nothing of the character’s state of mind). Thereafter, Anders revisits and reconnects with old friends, stands on the precipice and ultimately falls fatally back into his previous lifestyle. He does so, not out of resignation, but because he is faced with a world he no longer comprehends and is on a quest to find a reason to stay alive—a stimulus. By contrast, Malle’s Leroy seemed to be seeking the opposite: recognition and support from his friends (and mistresses) for his idealistic, if seductively dramatized, mission to end it all.

The central performance in a film of this nature is of course pivotal—any proposed Hollywood remake would no doubt commission a shape-shifting Christian Bale turn—and Trier chose a close friend who had starred in his previous, debut film Reprise. Anders (yes) Danielsen Lie is a man of quotidian handsomeness and expressive eyes, a far cry from Maurice Ronet’s Leroy who, having been told by Malle to lose weight for the role, sauntered through The Fire Within looking pretty amazing—like Alain Delon after a tough tour of duty in Algeria. Lie’s sincerity wins us over, even if we curse his obstinacy—we can even admire him when he metaphorically cuts his own throat in a job interview by volunteering his history of drug addiction (throwing in his small-time dealing for good measure), while bemoaning his self-destructiveness. What Anders and Leroy have in common, central to our understanding of the character of le feu follet, is an admirable but fatal combination of lucidity and helplessness. They know precisely what is wrong but cannot (and know they cannot) do anything to counter it. Leroy was incapable of loving, or giving; Anders is incapable of feeling. The effect in The Fire Within is almost liberating—Leroy is a revolutionary of sorts, with the intellectual clout to make a stand—while in Oslo it is punishing, because Anders resembles any of us who have bothered to stop and think about how life is supposed to work. Trier’s script rejects the fascination of la Rochelle’s Versailles affectations and falls back on intelligence and generosity to produce, within a confined formal space, something quite luminous—so that our desire to experience it is not borne of a quasi-zoological admiration (as in The Fire Within) , but from an instinct to want to see what we could do to help.

Louis Malle admitted in an interview that he made The Fire Within because he basically wanted to play the main part himself, even though he knew he couldn’t (which incidentally, is one of the reasons why Scorsese made Taxi Driver). Malle auditioned not actors but artists, writers and sculptors for the part of Leroy because he couldn’t believe a performer could ever quite grasp the depth of suffering required. Having given up the hunt and hired Ronet, he mistreated him terribly on set, so frustrated was he that Ronet wasn’t delivering what Malle himself was feeling. Perhaps Malle would have approved of Trier’s casting of Anders Danielsen Lie, a fully qualified medical doctor and professional musician whose output (a single concept album: This Is Autism) has a sincerity and intensity to match his acting in Oslo, August 31st.

Whereas Leroy’s anguish exists in his own cloistered social world (broken only by the celebrated Café du Flore scene where he watches the world go by with a hint of contempt), in Oslo Anders must deal with a “no future” realism denuded of all artifice. Those in his support network have neither the skill nor the desire to sugarcoat their words (one line: “stop whining, I’ve got friends far worse than you and they’re not arseholes” has no equivalent at all in The Fire Within). When Anders’s best friend, Thomas (Hans Olav Brenner), reasons with him in Oslo’s Frogner Park (a ten-minute scene of two men simply talking to each other about something important is a rarity in Western cinema) he seeks only to console Anders by reducing his own life to a dead-end marriage in which he plays Battlefield with his children on the PlayStation. Many critics have singled out this extended dialogue scene as the high point of the film. The climax, however, is surely the penultimate sequence in Oslo after the party, which stands out as a depiction of pure pleasure and pure emptiness as we feel Anders slipping away. He is driven on a motorcycle by a girl he has just met to Oslo’s echo plaza and municipal baths, at midnight on August 31st, the point where summer ends and fires fade. She invites him to join her in the pool; he leaves her there. The possibilities of life hinted at by the beauty of the city and the girl are not sufficient to prevent the inevitable lethal injection which follows, accompanied by a silent scream of despair. Oslo has no romantic obsession, no agenda, and no desire for ideological approval. It is merely a film that asks us why we live and reminds us why we die.