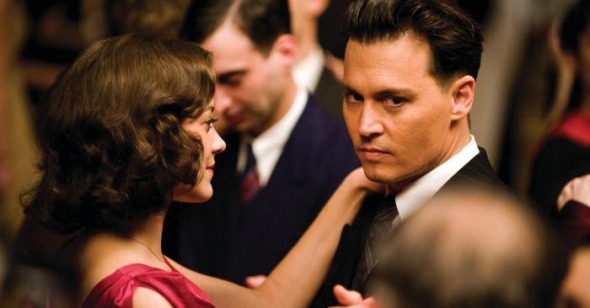 Only Disconnect
by Andrew Tracy

It is at best naïve, at worst wholly disingenuous, to evaluate the work of a commercial artist without weighing the commerce in equal proportion to the art. Thanks to the formalist bent in film criticism, the exemplary visual dexterity of certain mainstream-schooled American filmmakers has been oft highlighted, but frequently at the expense of acknowledging their films’ pecuniary provenance. Ironically, it is the nakedly cash-driven nature of so many of these enterprises that allows that divorce to be made, almost as if these directors have burrowed so deeply into their marketplace mentality that they have emerged, purified, on the other side. It’s thus that the flash-cut tilty-cam cinema nausée of late-period Tony Scott can rate a laudatory feature article in Cinema Scope, the gape-inducing hideousness of any-period Michael Bay can provoke a kind of stunned reverse admiration (or, in the always curious case of Armond White, comparisons to Fernand Léger), while Michael Mann, blue-tinted poet of beachfront property and immaculate tailoring, can be celebrated as some kind of multiplex Baudrillard for the deeply silly Miami Vice.

Mann, of course, was a pioneer of this brand of commercial canonization, praised for the value-added artistry he brought to his various genre concoctions. And an earned reputation it is: at his best, Mann has not only elevated his perennial (and perennially saleable) obsession with masculine romanticism into grand entertainment (Heat) and epically proportioned moral drama (The Insider) but also has worked towards a visual language that paradoxically exceeds the generic boundaries on which he, as a determinedly commercial artist, so crucially depends. The deep strangeness and inextricable essence of Mann is that he evidently continues to think that he is making films for an enthusiastic wide audience even as his progressively abstruse visual and narrative strategies decisively diverge from the comforting familiarity that mass entertainment relies upon.

This disconnect, unfortunately, is not Mann’s artistic salvation, but a damning problem. Stripping away mainstream content while still doggedly sticking to its familiar forms, working against genre expectations without any clear idea of what to replace them with, Mann’s three films after the fascinatingly difficult object that was Ali—Collateral, Miami Vice, and now Public Enemies—signify an undoubtedly talented filmmaker stuck between stations and perpetually unsure of which way to turn. Moving away from the clean thematic blueprint and character arcs of Heat (which gave weight and feeling to those expected movements), Mann has evidently been aiming for a kind of tight-lipped observationalism with his now relentlessly bobbing DV camera: a belief that watching characters in action will reveal who they are. An understandable, even laudable aim—but as all of his characters still issue from a well-worn stock company of pulpy genre types, all this achieves is to strip them of any vividness or excitement and render the films around them flat and lifeless, even as Mann’s visual and aural textures still yield their share of beauties.

If one can’t exactly call it promising, the opening of Public Enemies at least displays a few minor-key examples of what Mann still has up his sleeve. A nicely assertive widescreen composition of a long stretch of prison wall which John Dillinger (Johnny Depp) is marched towards on his way to jail-breaking his compatriots Harry Pierpont (David Wenham) and Homer Van Meter (Stephen Dorff!); the brilliant blue and white of the sky above a farm hideout; a pleasing electric guitar-and-banjo scored chase through an orchard as G-man Melvin Purvis (Christian Bale) takes down desperado Pretty Boy Floyd (a quickly dispatched Channing Tatum).

This musical motif signals Mann’s one indisputable achievement in Public Enemies: to strip away the aura of preciousness and fetishization that almost inevitably hangs over period pictures like this, the proud display of the exactingly detailed, multimillion-dollar production and costume design that veritably announces the intrinsic falsity of it all. Keeping his camera close and mobile, Mann seeks to invest the cat-and-mouse contest between Dillinger’s gang and Purvis’s pursuing feds with the same contemporary texture and tempo he gave to the high-tech undercoverism of Vice. One example among many: the FBI’s surveillance center, where tapped conversations are replayed on vinyl, isn’t an adorably archaic diorama like Angelina Jolie’s roller-skated telephone exchange in Eastwood’s Changeling; Mann presents it matter-of-factly, forgoing the implicit condescension with which so many of these films regard the textures and surroundings of early 20th century modernity.

However, texture is only one element of this thing we call “movie”, and every single other element of this one is strictly DOA. Mann’s late-developing commitment to almost comically terse, purely functional performances drains the life out of the talented actors he has always been able to attract. Of the primaries, hardly anything need be said: Depp does cocky and impassive, Bale does stolid and, well, impassive, while Marion Cotillard essays an intermittently grotesque pidgin-English performance that bests Gong Li’s comparably uncomfortable turn in Vice. The extended cast of secondary characters with which Mann fleshed out the enveloping worlds of Heat and The Insider is here reduced to famous (or at least recognizable) faces—Dorff, Wenham, Giovanni Ribisi, Billy Crudup (as J. Edgar Hoover), Lili Taylor, Leelee Sobieski—given precious little to do, which raises the question of why Mann bothered to hire them in the first place. (Two minor exceptions: Vice alum John Ortiz as a Hitler-moustached syndicate front, and Stephen Lang, a Mann veteran from the Crime Story and Manhunter days, as a stone-faced southern G-man.)

Worse than this blatant wastage of actorly resources, however, is the overriding impression that Mann has no clue as to what his picture is about. Whatever their manifold failings, the patently ludicrous Collateral and the enjoyably laughable Miami Vice at least gave the impression that their director was striving for something. The neon-lit small-hours L.A. of the former and the strikingly illuminated darkness and blindingly beautiful daylight of the latter assert themselves as aesthetic projects in their own right, even while they cannot possibly fill out the painfully distended genre riffs in which they are encased. Despite valiant efforts with the rich amber glow in a couple of nightclub scenes and some effective desaturation during moments of violence, Public Enemies has nothing to rival the breathtaking deep blue sky and sea of Vice; and as Mann’s camera of choice still seems unable to render night scenes as anything other than a purplish stew of amorphous shapes and sudden bursts of muzzle-flare illumination, many of the film’s key action scenes (a former Mann specialty) are rendered largely incomprehensible.

Thus mostly deprived of his previously go-to visual possibilities, Mann has nothing but plodding plot progression to lean on, absent the narrative mastery he used to exercise alongside his self-evident visual gifts. This is perhaps the saddest loss at this stage of Mann’s career: the overvaluation of visual sheen for its own sake and a consequent neglect of the narrative foundation that he has always relied upon. When these elements are working in concert, the results can be truly remarkable: watch The Insider to see how Mann transforms a story about people talking in rooms or on phones into a propulsive cinematic experience by having his characters almost constantly in motion, their respective moral and emotional journeys echoed by their unceasing traversal of space. By contrast, Public Enemies, an account of one of the largest cross-country manhunts in American history, drags along to its foregone conclusion absent any discernible interest in its own narrative architecture.

What caused this change? The culprit, as it seems to me, is the relentlessly foregrounded technology that Mann has now wholeheartedly embraced after its partial employment in Ali. I hasten to add that this is not another essentialist screed against the demon digital, but a concern with the size with which it now seems to loom in Mann’s artistic calculations. As with directors of such disparate inclinations and scale as Steven Soderbergh, David Fincher, James Cameron, and Robert Zemeckis, Mann’s films increasingly feel like vehicles for technological test-running and problem-solving—a preoccupation which is at least partially understandable, as filmmaking is a more or less ceaseless confrontation with technical decisions and challenges.

However, the corresponding critical efforts to enshrine these endeavors as the most important content of the films that surround them—to pass over Benjamin Button’s inherent Gump-ishness or Che’s dramatic lifelessness or Miami Vice’s silly solemnity— willfully ignore the fundamentally mainstream (and often hopelessly vapid) tropes on which they are built. To claim that these technological adventures are broaching bold new cinematic frontiers is to pretend that these films aren’t the hobbled, intrinsically unbalanced works that they are. While Public Enemies is probably too overtly drab to inspire the same kind of spirited misrepresentations offered in defense of some of the above-mentioned efforts, it still marks an unfortunate and continued divergence from the full spectrum of the filmmaking craft for a writer and director whose past mastery is plain to see.