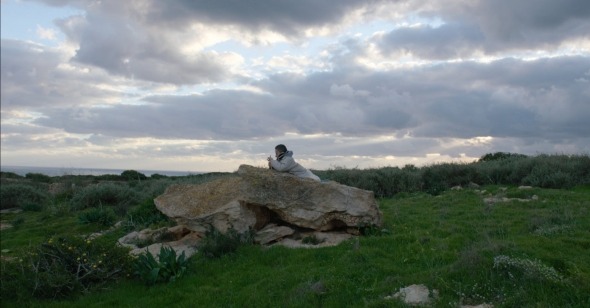 The Berlinale takes great pride in promoting itself as the most politically conscious and engaged of the A-list film festivals. After the events of the past year in Europe, refugees were the salient topic of its latest edition. Berlinale director Dieter Kosslick called the festival a tribute to the world’s refugees: the subject came up in virtually every press conference (at the one for the opening film Hail, Caesar!, George Clooney somehow managed to slip in that he and his wife were scheduled to meet with Angela Merkel to discuss the situation), and donation boxes were set up outside all screening venues. As such, Gianfranco Rosi couldn’t have picked a more propitious year to premiere his new documentary, Fire at Sea, which received the Golden Bear at Saturday’s awards ceremony.

Reminiscent of Rosi’s 2013 Golden Lion–winner Sacro GRA in style and structure, Fire at Sea cycles through multiple subjects on Lampedusa, the Sicilian island that’s long been a primary entrance point into Europe for refugees—as the film’s opening titles inform us, in the past 20 years, 400,000 have landed there and 15,000 died attempting to cross the 70 miles that separate the island from Tunisia. Rosi alternates between snippets of everyday life—children playing with self-made slingshots, fishermen waiting for the weather to change, a housewife preparing lunch—and the activities of the coastal authorities, seen receiving distress calls from migrant boats, going out on rescue missions, and rounding up the survivors in detention centers before shipping them off to the mainland.

The two dimensions don’t come together. For the most part, the islanders are shown to be unaffected by the influx of migrants, and although Rosi achieves an engaging ethnographic portrait of a traditional fishing community, it’s not clear how this fits within a documentary on the plight of refugees other than as mere geographic coincidence. When eventually the dual structure’s purpose becomes evident, it casts serious doubt on the ethical integrity of Rosi’s tactics. Out of his mosaic, a spunky twelve-year-old called Samuele emerges as the protagonist, and his variously adorable antics take up the bulk of the running time. Whether he’s messily slurping spaghetti or butchering the English language in class, he’s infallibly hilarious. Then, immediately after Samuele visits the doctor, in a comic scene that had the cinema in stitches, Rosi abruptly switches gears, and for its remaining twenty minutes Fire at Sea becomes acutely harrowing.

During this final stretch, the film tags along on a rescue mission. We witness men unconscious from dehydration, their bodies violently convulsing; numerous injured migrants, several of whom have suffered severe gasoline burns and, in one especially appalling case, a vicious beating; a traumatized, hysterical woman, clawing at her face and compulsively pouring water over herself. Accompanied by a soundtrack of wails, these horrifying images culminate in a shot of the boat’s below-deck compartment strewn with dozens of dead bodies. This sequence is undeniably powerful, but the way it’s intended to catch the viewer unawares is underhanded, as if Rosi felt it his duty to punish rather than inform his audience, and setting up the sight of a bilge full of corpses as a money shot is positively loathsome. The same is true of the way Rosi exploits the islanders, Samuele in particular, by turning them into surrogates for the audience, happily oblivious to the humanitarian catastrophe unfolding in their backyard.

Wang Bing’s Ta’ang, which screened in the Forum sidebar, served as a good contrast to Fire at Sea. In documenting the situation of Ta’ang refugees in China, Wang’s customary verité aesthetic is the inverse of Rosi’s carefully composed fixed-camera tableaux. More importantly, Wang injects his handheld, relatively low-grade digital images with just as much urgency without resorting to cheap manipulation.

The Ta’ang are an indigenous people living along the China-Myanmar border, and many on the Burmese side have been forced into China by the escalating domestic conflict in Myanmar. This is all the information we’re given by the opening titles, and for the next two-and-a-half hours Wang’s unobtrusively observant camera follows different groups as they move from one makeshift refugee camp to another; attempt to locate and rejoin lost family members; earn money by working on Chinese sugar cane plantations; and, in the remarkable finale, evacuate their homes to the approaching sounds of a firefight raging beyond the next hill. There are no interviews, we are only given the occasional location name, and Wang doesn’t single out any individuals as characters or establish a distinct narrative. It’s a film that initially demands patience, but gradually its series of seemingly arbitrary moments add up to an extraordinarily rich and sensitive portrait.

Another notable parallel between the films is the role of children. Every scene in Ta’ang is swarming with children and Wang too draws a connection between them and the audience, but a radically different one: the camera is always kept at the children’s eye-level, and by sharing their POV we also share their disorientation. Aspects that are initially confusing—for example the frequent lack of men amongst the refugees (most fled separately to avoid being forcefully recruited into the Burmese army)—only start to make sense the more time we spend with the Ta’ang, piecing together gestures and bits of conversation. Throughout the film, the children’s high spirits provide contrast to the adults’ despondency. Rather than symbolically equate their ignorance with that of the audience and turn it into an indictment, as Rosi does with Samuele, Wang treats both the children’s and our lack of awareness as a simple fact.

The troubles of indigenous people were also the focus of the festival’s big event film, Lav Diaz’s A Lullaby to the Sorrowful Mystery, which managed to snag a Competition slot despite its unwieldy 485-minute running time, and went on to receive the Alfred Bauer Prize “for a feature film that opens new perspectives.” Although it doesn’t attain the heights of Diaz’s greatest features, it’s nonetheless an astounding work and a worthy extension of the director’s ever wider ranging confrontation with his country’s afflicted past.

A Lullaby is an addendum of sorts to José Rizal’s novels Noli me tángere and El Filibusterismo, key texts in instigating the Philippine Revolution against the Spanish at the end of the 19th century. Set in the aftermath of Rizal’s execution, here conveyed as the spiritual death knell of a revolution that had devolved into in-fighting amongst Filipinos, the film draws several characters from the novels alongside real historical figures and has them escape the city to embark on chimeric odysseys through the jungle. These treks are symbolic for the nation’s identity crisis, which the revolution was supposed to resolve following centuries of colonization, but in fact still persists, only exacerbated by the intervening decades of strife. Diaz is a master of this type of allegorical filmmaking and A Lullaby’s latter five or so hours, taking place entirely in the jungle, are exceptional. Unfortunately, the film’s punishingly sloppy city-set first act, which lasts longer than most regular features, might prove too great a hurdle for many. (Indeed, the premiere’s initially packed cinema was considerably emptier following the half-time intermission.)

As in the awkward start to his Norte, the End of History, Diaz again proves himself inept at writing and staging lengthy dialogues. It doesn’t help that many of the actors are mediocre thespians, so that the disquisitions on such weighty themes as the nature of man and revolution, captured for the most part in stationary two-shots with both actors facing the camera, are often so stilted they’re nigh indigestible. Moreover, exposition is treated as wholly superfluous, and for viewers lacking intimate familiarity with Rizal’s novels and Filipino history, it takes forever to identify the protagonists from the vast number of characters and establish their role within the convoluted plot. Stylistically, these early sections of the film are just as jumbled as the narrative, and a scene that pays homage to Classic Hollywood might be followed by one approximating the aesthetic of German Expressionism, in turn replaced by another that resembles filmed theater. These jumps occur without apparent internal logic, never amounting to the postmodern pastiche presumably intended. Those who can soldier through, however, are generously rewarded, for once Diaz returns to the jungle, his signature sedate rhythms and prodigious visual eloquence emerge, amply demonstrating why he’s lionized by a certain stripe of cinephile.

Mia Hansen-Løve received the Silver Bear for directing for her Competition entry Things to Come, her best film since 2009’s excellent Father of My Children. After the teenage caricatures of Goodbye First Love and Eden’s empty shell of a DJ, Hansen-Løve finally realizes a nuanced, compelling, and thoroughly convincing protagonist in Nathalie, a philosophy teacher whose stable and contented life unexpectedly crumbles as she enters late middle age. A phenomenal Isabelle Huppert wonderfully conveys the progressive dissolution of all her character’s certainties as, in quick succession, her husband leaves her, her mother passes away, and the series of philosopher’s monographs she founded and edited is discontinued. Huppert and Hansen-Løve keep Nathalie’s pathos on simmer, only letting it bubble over on precious few occasions, each perfectly modulated and extremely affecting, thus drawing a complex portrait of someone whose intellect only gradually reconciles with her shattered emotional state.

Rather than punish Nathalie for her misplaced self-assurance, as she did with Eden’s protagonist, Hansen-Løve gives her a compassionate treatment brimming with delightful humor, a welcome quality largely absent from her previous features. There are some infelicitous touches, for example the numerous times characters quote philosophers out loud, transparently and awkwardly commenting on the narrative, or equally redundant instances of symbolism, such as the cat Nathalie inherits from her mother, who instinctively learns how to hunt mice during a trip to the countryside despite having been kept indoors her whole life. Thankfully, these don’t diminish the discerning study of fortitude at the heart of the film, which is finally brought to a quietly stirring culmination, leaving us with the rare sense of having become intimately acquainted with an authentically drawn character.

Similar perceptiveness also distinguished Rachel Lang’s low-key yet outstanding debut feature Baden Baden, which screened in Forum. Following a long absence abroad due to a messy break-up, the aimless 26-year-old protagonist Ana returns to her hometown of Strasbourg and attempts to figure her life out. Nothing extraordinary happens—she meets old friends, reconnects with family members, has casual flings, hooks up with her ex—but the intelligent and unostentatious manner in which Lang charts Ana’s emotional progression is extremely refreshing considering the irritating artificiality that characterizes most films addressing this period of transition, especially when it comes to female protagonists. In other words, Baden Baden is the antithesis of the type of film Greta Gerwig has come to signify (case in point: Rebecca Miller’s insufferable Maggie’s Plan, featured in the Panorama sidebar). This approach allows Lang to broach such subjects as abortion and infidelity in a level-headed way that reflects reality, wisely eschewing both cliché and overdramatization to achieve a mature, engaging, and effectively feminist take on a familiar story. 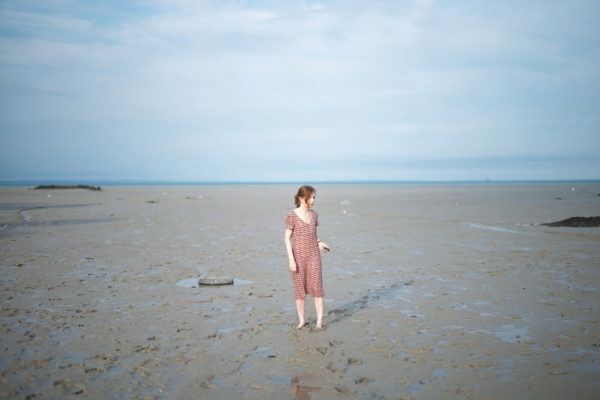