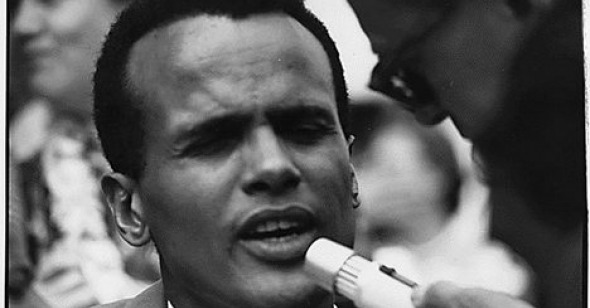 Sundance has its charms. Pristine mountain air and bison burgers aside, the Mormon hospitality—people are unfailingly nice around these parts, considering the massive influx of New York and L.A.–based douchebags who invade their quaint resort town every year—makes up for the expensive food, overstuffed shuttle buses, and hordes of Main Street swag hunters. So, too, does the progressive spirit underlying the festival, the emphasis on artists and the relevance of their work to the wider social world. The festival prides itself on nurturing next-wave talent, and often prioritizes alumni of the Sundance Institute’s vaunted writing labs, finishing schools that can sometimes create a formulaic “Sundance effect” among competition entries, especially on the narrative side. (Trauma/conflict + minority characters + impossible situation + hard-won resolution = the indie gold standard.) But there are always nuggets to be found among the glittering specks of fool’s gold. One reason I like to come to Park City is to glimpse whatever finely crafted, commercially viable independent films will find their way into theaters later in the year, and others (usually docs) that won’t connect with an audience at all. Another is simply to experience the collegial atmosphere of a festival that, despite the more invidious aspects of its growth over the past 25 years (brand specialists and bogus PR events grow around this place like kudzu), continues to inspire me.

Given the Sundance mission of promoting socially conscious “stories” (a big buzzword here this year), it was entirely fitting that Susanne Rostock’s Sing Your Song, a documentary on the truly extraordinary life of performer-activist Harry Belafonte, now 83, should open the 2011 festival. Stories of courage and uplift are de rigueur for opening-night festivities at such tent-pole events, for sure. But Rostock’s congenial film, in empathic allegiance with her larger-than-life subject, also has a fierce fighting spirit, opening with a torrent of images from violent clashes and dire humanitarian crises from around the world, finally zooming in on an indignant Belafonte, still handsome in his senior years, declaring that people are “pissed off.” (The context for this particular outburst—the videotaped handcuffing and arrest of a five-year-old black girl in her home for being “unruly”—is revealed later in the film.) First, Belafonte guides us on a brisk tour of his early years: born in Harlem to a family their father had abandoned, Belafonte discovered he had a talent for singing in his teens and worked his way up through the American Negro Theatre, finally landing at the New School for Social Research, where his fellow acting students included lifelong friends Marlon Brando and Sidney Poitier. As he morphed from a jazz singer into a critically acclaimed Broadway performer with an interest in Caribbean music and black folklore (he lived in Jamaica with his family as a youth before returning to New York), his star began to rise. He made frequent film and television appearances, released the wildly popular album Calypso, and became a sex symbol. But his success was overshadowed, as his skin color remained an issue: in the South, he was taunted and baited. In New York, CBS canceled a one-hour musical program he’d produced at their invitation because it featured a racially integrated cast. His conscience pricked by these and other indignities he witnessed, the singer of the million-selling “Banana Boat Song” decided to use his art and status as a very public form of resistance.

With Paul Robeson as his model, Belafonte committed himself wholeheartedly to the burgeoning civil-rights movement, aligning himself with Martin Luther King (who became a friend and confidante), advising the brash young Kennedys (who initially seemed clueless and indifferent, he says, about black Americans’ lives), and standing his ground when controversy erupts, as it did over the interracial romance in Island in the Sun (1957). “He gave us a piece of his fire,” recalls actress Diahann Carroll. One of the strangest interludes in Belafonte’s life came from his encounter with Jay Kennedy, a McCarthyist CIA mole who for a short time served as his manager, only to make an unwelcome surprise reappearance years later. Belafonte’s interest in human-rights struggles led him to South Africa in the early sixties, prior to the 1963 March on Washington, initiating his long involvement with the anti-apartheid movement and African causes in general. He seemed to pop up everywhere, a one-man motor of social history in the making: toting bags of money to SNCC volunteers in Klan country, presiding over The Tonight Show, assisting William Kunstler in his efforts to free two Native American activists after the showdown at Wounded Knee. Rostock’s interviews with everyone from Coretta Scott King and Bishop Desmond Tutu to Sidney Poitier and historian Taylor Branch add firsthand testimonial substance to the ample archive, a bounty of deftly edited bits from film, television, still photos, and Super 8 home movies. Produced by Michael Cohl (Pete Seeger: The Power of Song) and Harry’s daughter, Gina Belafonte, Sing Your Song is film hagiography at its very best: personal, candid, historic, and impassioned. It won’t win any awards for formal daring, but leaves its imprint nevertheless.

The other opening-night documentary film, James Marsh’s Project Nim, was an altogether different creature, so to speak, following the checkered life of a chimp raised like a human child in the early Seventies and taught to use rudimentary sign language. Hardly a tale of triumph over tragedy, Marsh’s film—assembled from stills, archival footage, in-studio interviews, and stylized recreations like his Oscar-winning Man on Wire—instead raises knotty ethical questions about science, social relations, and animal husbandry that are coughed up like ugly hairballs and never satisfactorily tidied up. Born at a primate center in Oklahoma in 1973, two-week-old Nim is snatched from his tranquilized mother’s arms and handed over to Herbert Terrace, a professor of psychology at Columbia University who places the chimp in the home of a former graduate student, Stephanie LaFarge, an über-maternal hippie with her own brood (of humans). Doted over, spoiled, and literally suckled by his new mother, Nim becomes a rambunctious presence in the home, challenging the authority of her less-than-agreeable poet-husband, while LaFarge showers unconditional love upon her beloved enfant terrible. Ostensibly, Terrace’s experiment in cross-species communication was meant to test the idea of whether primates could use the tools of grammar, so another young female student (and one of Terrace’s other sexual conquests, it turns out), 18-year-old Laura-Ann Petitto, is brought in to formalize Nim’s education in ASL. (Her verdict on the LaFarge home: “chaotic.”)

Eventually, Nim is taken from his adopted mother and relocated to Delafield, a private estate owned by Columbia that Terrace used as a headquarters for his anti-Chomskyan socio-zoological experiment. Others join the project, developing close relationships with the now-adult chimpanzee, whose “fluency” in sign language (“hug,” “play,” and other words form his basic vocabulary) and obviously warm connection with his human handlers belies the fact that he’s also a wild animal, as strong as five grown men, with a ferocity that, when provoked or instinctively expressed, causes grave bodily damage. (He left one female researcher with a giant, gaping crater in her cheek.) From here, Nim’s story darkens further, as he is removed from this familiar environment by Terrace and shuttled from one owner to another, each time descending ever lower into a grim desolation, starved for the affection and attention he was raised to expect. The Great Signifying Monkey had been reduced to a bitter, incommunicative ape at a Texas animal sanctuary. Only a former handler, Bob Ingersoll, cared enough to track Nim and, twelve years later, monitor his welfare.

Marsh adheres closely to Elizabeth Hess’s book Nim Chimsky: The Chimp Who Would Be Human for this cinematic telling, but has a seemingly endless trove of archival footage at his disposal, much of it shot by Terrace and his many assistants, from the various stages of Nim’s fraught life. Nearly everyone he interviews had close contact with Nim and, despite the outcome of those encounters, appears to be deeply marked by the experience. At times, the testimony is disturbing, even infuriating (especially Terrace’s self-blinding rationalizations), but you get the sense that these humans, while flawed in their judgment, tried their best to do what was right. It all reminded me very powerfully of Frederick Wiseman’s Primate (1974), a film I saw only recently that tackled with observational dispassion, but not moral disinterest, many of the same issues in a strictly clinical environment. Nim’s emotional world was human, however, and therein lies the tragedy of his theft and abandonment at the hands of science.