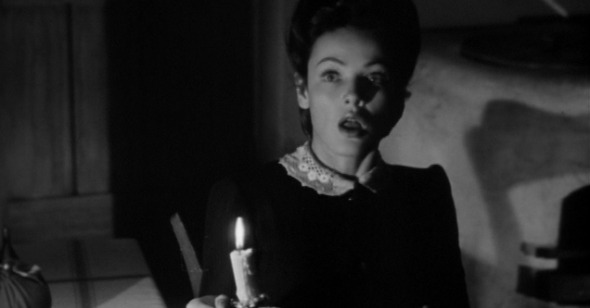 During the Q & A session after her controversial “State of Cinema” keynote address at the 2011 San Francisco International Film Festival, independent movie producer Christine Vachon responded to an audience question by saying, “Nostalgia is the most dangerous emotion in the world.” Almost immediately, Vachon narrowed her focus, warning the crowd against the dangers of outdated modes of filmmaking, distribution, and exhibition while praising the rise of quality television and the positive impact of VOD, YouTube, and Hulu. Amidst all of her self-important proselytizing, Vachon failed to mention the evolving and pertinent relationship between film history and its future or more specifically how nostalgia undeniably affects the way young filmmakers think about storytelling. Instead of contextualizing film history’s technological advancements, narrative techniques, and business practices as part of the same inseparable chain, Vachon divided past, present, and future into tidy subsections.

The goals of the TCM Classic Film Festival, which just wrapped its second successful year at the wondrous Grauman’s Chinese Theater complex in Hollywood, form a rebuttal to Vachon. Over the course of four days and over 70 classic films, some fully restored to amazing new glory, TCM celebrated every facet of Hollywood’s past, most notably the experience of seeing films theatrically as part of an equally invested community of viewers. Even more impressively, the festival successfully merged a passion for Hollywood’s old-school luminance with an eye toward the future, tipping its hat to social networking sites like Twitter and Facebook, new media platforms like VOD, and state-of-the-art restoration processes and projection quality. Instead of a generational tension between cinema nostalgia and new media, I found a necessary overlap between the two that is as important now as ever.

Why Do You Haunt?

In relation to the rest of Los Angeles’s sometimes adventurous and daring repertory scene (Cinefamily, LACMA, the New Beverly Cinema), the TCM Classic Film Festival could be construed as a calculating play for an aging industry trying to vainly recollect a dying past. But as a native San Diegan who often drives the two hours up the coast just to see films projected theatrically, I couldn’t help but see the event as an invaluable opportunity to reconfigure my own opinions about Hollywood nostalgia and studio filmmaking while making some fresh discoveries along the way. The cultural arena may be too extreme (Hollywood Blvd. abounds with excesses of all kinds) and a touch highbrow (tickets were $20 a piece), but the potent combination of rare films like and famous guest-speakers reminded why the ghost of Hollywood past continues to haunt the medium.

The festival’s first few screenings were dominated by the near supernatural power of women. Modes of female empowerment, longing, and manipulation infused Joseph L. Mankiewicz’s 1947 The Ghost and Mrs. Muir, a sublime love story between a widow played by Gene Tierney and a phantasm played by Rex Harrison. In Muir, romance and comedy coexist without falling prey to juvenile theatrics or plot contrivance. The pristine print enabled a clear appreciation of the film’s masterful use of crisscrossing shadows and lines. Also, the film was part of the festival’s celebration of the scores of Bernard Herrmann, and the master composer’s daughter, Dorothy, was on hand to introduce the film, calling the hypnotic music her father’s favorite of all his work.

A wondrous presentation of Joseph von Sternberg’s 1935 The Devil Is a Woman made for a fascinating contrast to the pious purity of Muir, illuminating a woman’s blistering desire for self-satisfaction. Marlene Dietrich, all puckering lips and knowing glances, constantly hides under the foliage of elaborate hats and shadow, flooding one suitor after another in an ocean of confetti and deceit. The maniacal laughs of its heroine linger on the shell-shocked eardrums of countless men in emotional distress. Dietrich’s devilishness was contagious for the audience, and despite the late start time, the communal experience for Devil Is a Woman showed the crowd that cinema nostalgia is alive and well.

Disturbed by the Peace

The second day of the festival brought the shimmering and sinister Cinemascope of Nicolas Ray’s scathing masterpiece Bigger Than Life, presented in a restored 35mm print to a packed house. The mesmerizing restoration allowed Ray’s masterfully vibrant color schemes and shadow designs to take on new levels of resonance. As the sharp hues slowly push James Mason’s cortisone-addicted schoolteacher into a corner, madness becomes a familial disease instead of a personal secret. Compositions are consistently contorted, intensified by the use of extreme high and low angles. When Walter Matthau, as Mason’s gym teacher pal, finally says, “He even looks bigger,” we can actually feel a change in Mason’s physical and psychological dimension, enhanced because of the theatrical experience.

After Bigger Than Life screened, TCM host Robert Osborne interviewed Rush for an entertaining Q&A. While they discussed the complex social themes the film offered moviegoers at the time, Rush also talked about the industry of the day (“They took for granted that you knew your craft. Not like today”) and got in depth about her personal experiences with Ray and Mason, as well as Marlon Brando and Frank Sinatra. When Osborne asked the feisty Rush to talk specifically about each of her leading men, she quickly retorted, “I had them all.” Rush’s spirited speech was often marked by this type of elegant vim and vigor, and the audience’s impassioned applause continued throughout the interview, not only for Rush herself, but the nostalgia for a classier, wiser Hollywood that she represents.

Extreme nationalism and communal resiliency resides at the heart of Alberto Calvacanti’s little-seen-in-the-U.S. British propaganda film, Went the Day Well? The screening was a major victory for TCM, who have been trying to attain the rights to project Calvacanti’s film for over 15 years. Went the Day Well? tells the fictional tale of a small English village taken over by Nazis posing as British soldiers on the eve of a massive German invasion. Pressed into action, the townspeople take up arms and form makeshift platoons to retake their village one house at a time, using guerilla warfare to subvert and destroy the enemy. Razor-sharp in structure and brutal in execution, Calvacanti’s war film creates such a palpable atmosphere of rage that it’s hard not to stand up and cheer when an elderly British woman attacks an unsuspecting German with a hatchet, or a crack team of civilian soldiers (both women and men) fends off superior Nazi forces with tommy guns and single shot rifles.

While Went the Day Well? once again proved the joys of rediscovering classic cinema on the big screen, the wonderfully crisp digital presentations of Spartacus, The Outlaw Josey Wales, Goldfinger, and Taxi Driver at Grauman’s Chinese Theater revealed how state-of-the-art technology can change our understanding of iconic works. Screened using a 4K projector donated by Barco, each experience afforded a coup de grâce in the tiring conversation regarding the death of cinema in the digital age, revealing new levels of color, detail, and shade that film stock will never be able to replicate. Shrouded in the epic darkness of this old school Hollywood palace, these titanic films regained their original stature. The many highlights—the gladiator revolt in Spartacus, the shockingly crisp blue skies in Josey Whales, the magnetic Shirley Bassey title sequence in Goldfinger, and Bernard Herrmann’s aching horns in the fully restored Taxi Driver—juxtaposed how cutting- edge technology can help preserve Hollywood’s grandeur.

As the TCM Classic Film Festival wound down, “Forgotten Melodies”, the title of the fictional musical revue in Mervyn Leroy and Busby Berkeley’s Gold Diggers of 1933 felt especially pertinent when thinking about the relationship between cinema’s past and future. The hypnotic dance numbers in Gold Diggers evoked a seamless fluidity that made the kinetics of modern day musicals seem completely overblown. These stunning sequences, like the haunting final long take in The Third Man or Travis Bickle’s eyes darting back and forth in Taxi Driver, were some of the highlights of a festival celebrating the relevancy of classic and Hollywood cinema.

Going forward, the TCM Classic Film Festival will continue to embody a mission statement for the mass market of cinephiles, old and young, willing to support repertory houses and specialized film festivals while embracing new ways of communication and filmmaking. An example of this burgeoning trend resided in plain sight throughout the entire festival. Before each screening, staff members reminded the audience there was a 4G lounge where patrons could check email, update Twitter and Facebook feeds, and even watch movies on demand. Here it was, the epitome of classical Hollywood nostalgia embracing the modern age in a way that will allow for its own survival. Who knows if it will last? This year, the TCM Classic Film Festival found joy in the substance of nostalgia, and a thematic creed in the parting words of Gene Tierney’s character’s grown daughter at the climax of The Ghost and Mrs. Muir: “It’s something to look back on, with happiness.”