Best of the Decade #9: The Son 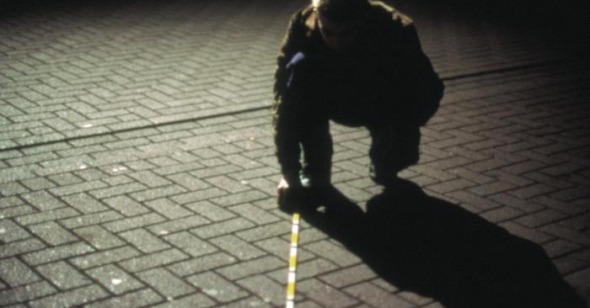 The Space Between
Andrew Tracy on The Son

It’s almost astonishing now to think of the teakettle tempest that erupted when Luc and Jean-Pierre Dardenne were awarded the Palme d’Or for their Rosetta by David Cronenberg’s Cannes jury in 1999. That such a seemingly modest slice of peculiarly assertive social realism could triumph in a field almost exclusively reserved for art-house white elephants or Hollywood fare inflated by critical fawning was, at the very least, highly unlikely. Yet Cronenberg and company’s verdict was not simply a career-making coup for the brothers, but a rather bold recognition of those spaces going unfilled in contemporary cinema. Against the turf-staking instincts of so many of even the best filmmakers, the Dardennes had created a supple aesthetic that was wholly theirs while being eminently sharable. Their combination of formalist rigor, documentary immediacy, and social concern, if masterful, was far from novel; but the uniqueness of their work lay in something less quantifiable and categorizable. There is a pulsing life in the films that goes beyond their bobbing, neck-breathing camera, an inexorable pull towards the metaphysical while never departing from the most concrete of settings and situations.

A particularly illuminating case in point: near the middle of The Son, our taciturn hero Olivier (Olivier Gourmet), a carpentry instructor at a halfway house for juvenile delinquents, stops for a late night snack and is joined by his young charge Francis (Morgan Marinne). As the two eat silently in the parking lot, attentively watched by the Dardennes’ hovering, unblinking camera, Francis asks Olivier how he was able to guess his height earlier in the day, when kitting Francis out with a work suit for his new trade. “It comes from practice,” replies Olivier. “From this paving stone here to the tire on that red car,” says Francis, “how far is it?” His head moving slightly back and forth, the expressionless Olivier gauges the space before him: “Three meters fifty-one.” Taking out his newly acquired carpenter’s rule, Francis methodically measures from stone to bumper. “Three meters fifty-two.” He searches for two other poles. “And from my right foot to your left foot, how far is it?” Again, the owlish head performs its survey: “Four meters ten. . . eleven. Four meters eleven.” The measurement: “Four meters eleven,” confirms Francis, as the camera tilts upwards to capture Olivier’s almost invisible recoil as the rule joins his body with that of the boy.

It’s difficult to articulate the rich multiplicity of effects that this deceptively simple scene evokes. On the one hand, the film is simply confirming what we already know about Olivier (that he is a skilled tradesman) and furthering the connection that he is (reluctantly? malevolently?) allowing to form between himself and the boy who he has been observing with obviously acute anxiety. The scene thus simultaneously anchors the protagonist more firmly in the film’s designated world—as is done so frequently in narrative film, allowing a character’s profession or particular expertise to testify to his or her solidity as a person, or rather to that fictional construct which we agree to designate as “person”—while further prodding the viewer to speculate as to his motives. These speculations are considerably complicated shortly thereafter, when Olivier confirms for the benefit of his ex-wife (and us) that it was Francis who had five years previously been sentenced to juvenile prison for unintentionally killing Olivier’s infant son while trying to jack a car stereo.

Yet even as the scene performs these useful functions, it also produces a more unusual and pointed kind of suspense. As we wait for each of Olivier’s measurements to be confirmed, this simple guessing game provokes a kind of slow awe and excitement—not at the fictional character “Olivier’s” expertise, but at the sight of bodiless thought (as signified by Olivier’s terse answers) being miraculously transformed into physical reality. Paradoxically, it is almost as if Olivier is actively producing the space instead of simply reading it; there’s an electric thrill of creation that courses through the scene, an intangible feeling that the world is actually being made before our eyes. And yet it is provoked by one of the most fundamental of cinematic artifices: as Gourmet is not “really” measuring those distances with his eyes (though the Dardennes have cheerfully noted that, like his filmic namesake, he is a pretty fair carpenter in his own right), how is that thrill achieved except by actors reciting lines and performing actions given them by a script?

This scene, in all its unadorned simplicity and almost preternatural wonder, attests to that instantly graspable but maddeningly intangible project that the Dardennes have been honing to its keenest edge since La Promesse: a Bazinian revelation of the real achieved via the most fundamentally illusionistic properties of the narrative cinema. When coupled with the painstaking precision—of events and revelations, of looks and gestures—with which they construct their narrative architecture, the breathtakingly simple device of that insistently pursuing camera scores an ontological coup, enlarging the world precisely by narrowing the frame through which we are allowed to view it, indeed, most often making that frame commensurate with the body and movements of a single character. If The Son is the first among equals in the Dardennes’ remarkable body of work, it is because its dramatic crux most perfectly articulates the suggestively epic power ingrained in their determinedly and deceptively small-scale workings. Rigorously adhering to the circumscribed life, milieu, and field of vision afforded Olivier, eschewing any hint of allegorical or symbolic inflation, The Son moves organically into one of the richest evocations of worldly existence and experience achieved in cinema.

If the puffery of that declaration seems glaringly at odds with The Son’s microscopic artistry, this only indicates the critic’s maddening quandary, forced to articulate the film’s inexpressible feeling of grandness in terms that can only do an injustice to the modest integrity (and integral modesty) of its being. Nonetheless, the Dardennes have brought this on themselves, for like only that most select stratum of the first rank of contemporary filmmakers they are not reflecting, interpreting, or commenting upon, but actively making the world in each of their films. If the Dardennes are indeed the premiere narrative film artists of our time (as this writer believes them to be), this is not because they make Story sovereign above all else, but because they use their unerringly exact calibration of narrative progression—in the movement from scene to scene and the movements within scenes—to activate every corner of the world in which it transpires. Even more than a revelation, theirs is a re-enchantment of the real, endowing even the most utilitarian elements with an almost talismanic significance. As with the red coat, gumboots, and hair dryer of Rosetta’s titular heroine (Emilie Duquenne), so the objects with which Olivier both casually and ritualistically vests Francis—carpenter’s rule, toolbelt, overalls—are not merely “tools,” but ways of navigating the world and staking out one’s place in it. And even as they are used by the directing minds and hands of a Rosetta or an Olivier, they in return help define who and what “Rosetta” and “Olivier” are.

Beyond the proletarian provenance of their settings, the Dardennes’ is a materialist cinema in the highest and truest sense. Not simply demonstrating how the psychological self is formed by its environment, they depict how the self is an assertive and autonomous fact in that environment, shaping it even as it shapes them. It is perhaps this that helps create the strange wonderment of that measuring game. While of course we know that the physical world depicted onscreen precedes Olivier’s presence within it, his body—our chief orientation point, the “frame of the action” as the Dardennes call it—is the sole lens through which we have been able to perceive it; it thus almost makes sense that it would wholly correspond to his verdicts upon it (even if he’s off by a centimeter).

Yet even as the physical world of The Son is keyed to Olivier’s restless animation and knotted, latent force, it still persists beyond him. The blurred, sometimes almost indiscernible environments we glimpse on the borders of the frame are not the world “as seen by” Olivier, a banal symbolization of his inscrutable and perhaps troubled psyche. Rather, made by the world, he makes it for us in his turn, a reciprocity that constitutes not only the existential but the aesthetic crux of the Dardennes’ cinema. More so than that of any other Dardenne protagonist, Olivier’s profession—which, as with all the others from Jérémie Renier in La Promesse and L’Enfant to Duquenne’s Rosetta and Arta Dobroshi in Lorna’s Silence, is tantamount to his existence—allows him to (quite literally) embody this. A creator in the most elemental sense of the word, making new forms from living materials, Olivier makes his place at the heart of an endlessly vivified universe, where the space between a paving stone and a tire, between one person and another is not an empty void but a charged, living thing, an invisible current binding animate and inanimate together.

It’s for this reason that death seems like such a horrifically incongruous thing in the Dardennes’ cinema, and why so many of their characters (sometimes almost against their will) strive to fill in those absented spaces, whether it be La Promesse’s Igor attempting to take charge of the unknowing widow of an illegal worker, Lorna insisting against all evidence that she’s carrying the child of her murdered husband-for-convenience, or most startlingly of all, Olivier seemingly taking the killer of his child under his tutelage. Incarnated most nakedly and fiercely by the job-hunting Rosetta, these characters evince a stubborn, innate refusal to abandon life—a refusal that, absent conscious generosity, can transcend isolated self-interest. The Dardennes’ humanism is of the most unsentimental and—lame word—pure variety: joining their characters’ lives in media res, the films depart from them in the same manner, the unspoken epiphanies that signal their endpoints (rather, their stopping points) providing no solutions for their characters other than a cryptic recognition of the spaces that they occupy in the world. As The Son progresses there is a growing certainty that Olivier will not seek revenge on Francis, but our suspense remains—not because we expect the easy answers of death, but because we cannot guess how the far thornier questions of life will reveal themselves.